Over £16,000 raised for Charlton Upbeats project 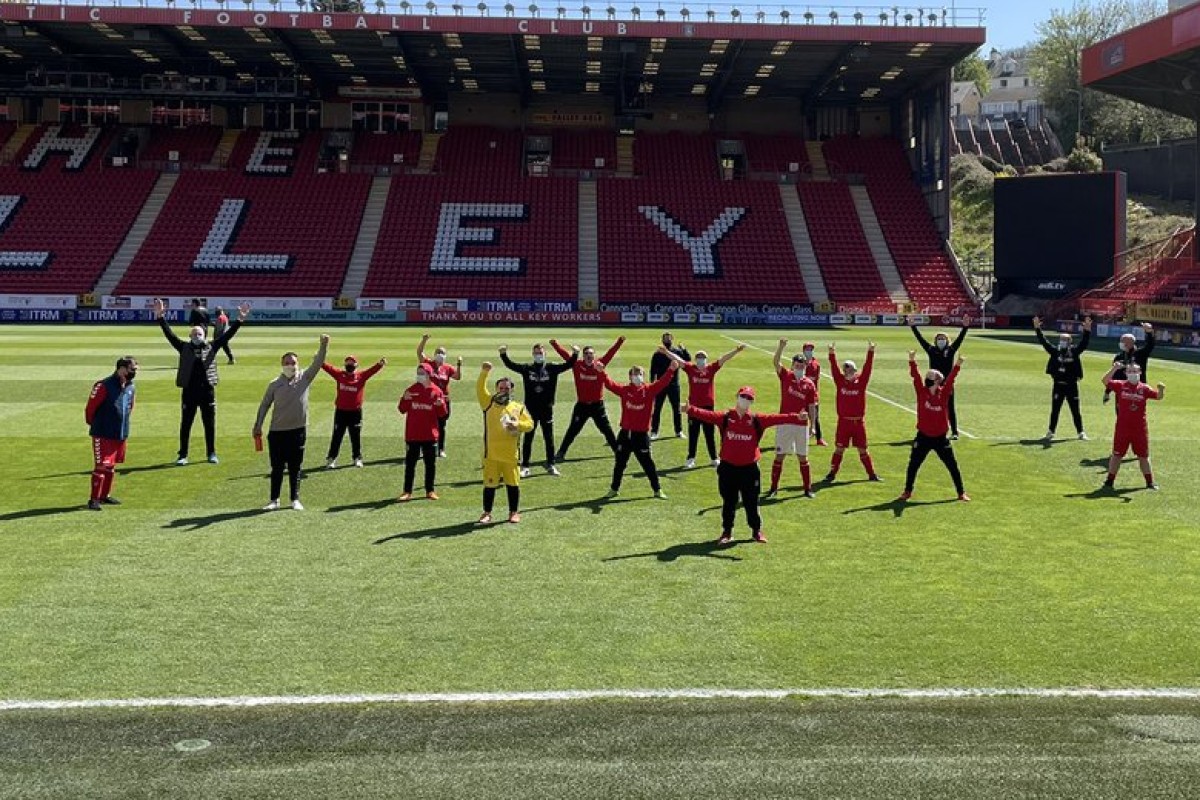 For the second year in a row, supporters walked a mile or more in their local area, in line with government guidance on Covid-19.

Over £16,000 including gift aid has been raised for the project so far, which is run entirely on voluntary donations.

Members of the Charlton family showed their support for the project, which is now into its 13th year, including fans, women’s team players and men’s team staff. The money raised from this year’s walk will go directly back into the Upbeats programme, which includes trips to football tournaments across the country and residential stays.

“We go to tournaments, we’ve been to Birmingham, Wolverhampton and Belfast. I’d love to go there again someday!”

Due to the Covid-19 pandemic, the Upbeats were unable to go on a residential trip last year, but are hoping to go to Centre Parcs for a week in October.

Lockdown has been difficult for the Upbeats, who, although they have taken part in a range of online activities, have been unable to engage with each other much in person. Since restrictions eased in March, however, training sessions are back up and running.

“Lockdown has been incredibly difficult for Jonathan to be honest. Most of his activities have been cancelled, but within that desert, the Upbeats have provided a bit of an oasis.

“They’ve been a tremendous help and very supportive to get us through these tough times.”

The Upbeats did their one-mile walk at The Valley before playing an Upbeats all-stars game on the pitch.

Prior to their kick-off, the Upbeats took the knee – to show support for the movement for racial equality.

Charlton first-team players and coaching staff watched the Upbeats play their game, before the roles were reversed and the Upbeats cheered on the Charlton team as ball retrievers during their game against Peterborough United later that afternoon.

“We’re grateful to have raised over £16,000 for the Upbeats through this year’s Upbeats Walk. It was a fantastic, sunny day and it was brilliant to see the Upbeats have a great time and engage with each other, staff and the players.”

Click here to watch all of the goals from the Upbeats’ match.