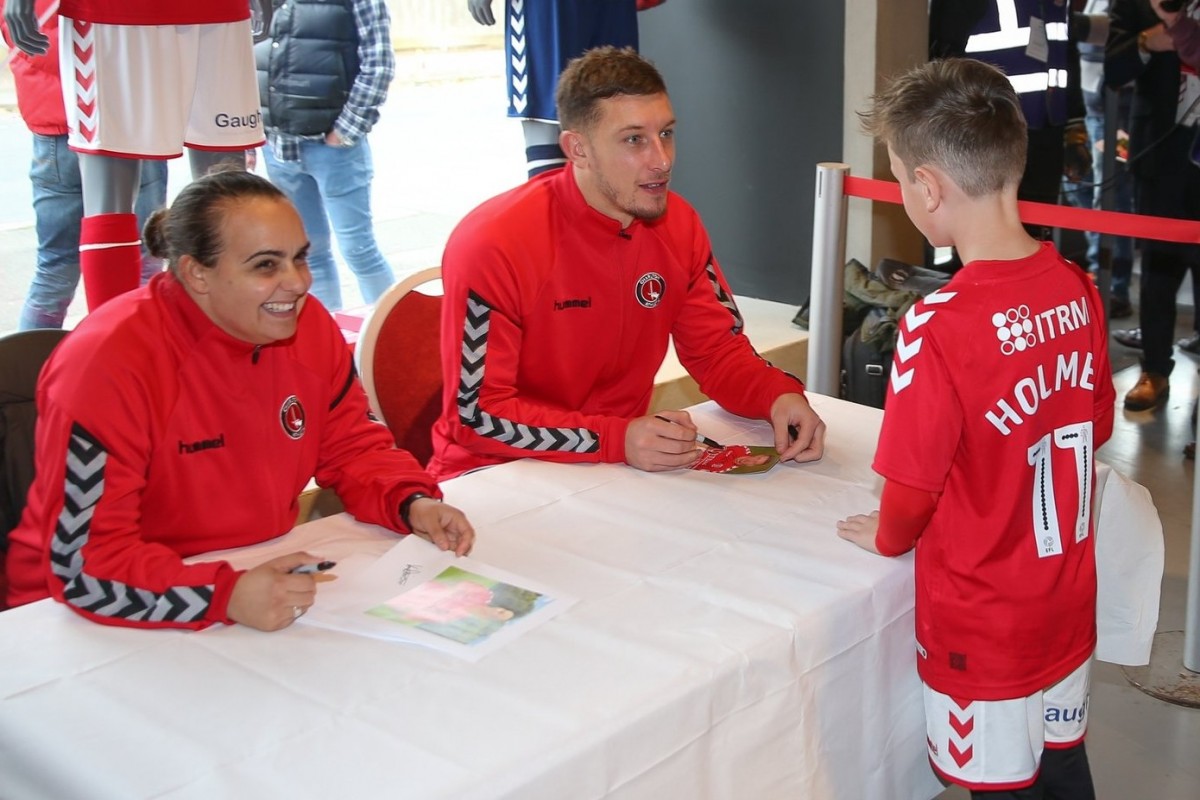 The event, which will mark the launch of the hummel kit the teams are to wear, will take place at Charlton's Sparrows Lane training ground on Thursday 9 November.

More than 140 players between the ages of 5 and 50, across the four groups, are expected to attend the event and play in various small-sided games from 7.30pm until 8.30pm.

The following teams will be present:

CACT’s disability provision is one of the most varied of any football club’s community trust. Coordinating disability football teams forms part of its Early Help & Prevention work.

The Upbeats, Charlton Deaf FC and Ability Counts FC all train at Sparrows Lane weekly, offering participation at a competitive level, regular exercise and leisure time alongside each other’s peers.

Everyone associated with the teams will be wearing kit, provided by Charlton’s official supplier hummel, which is theirs to keep.