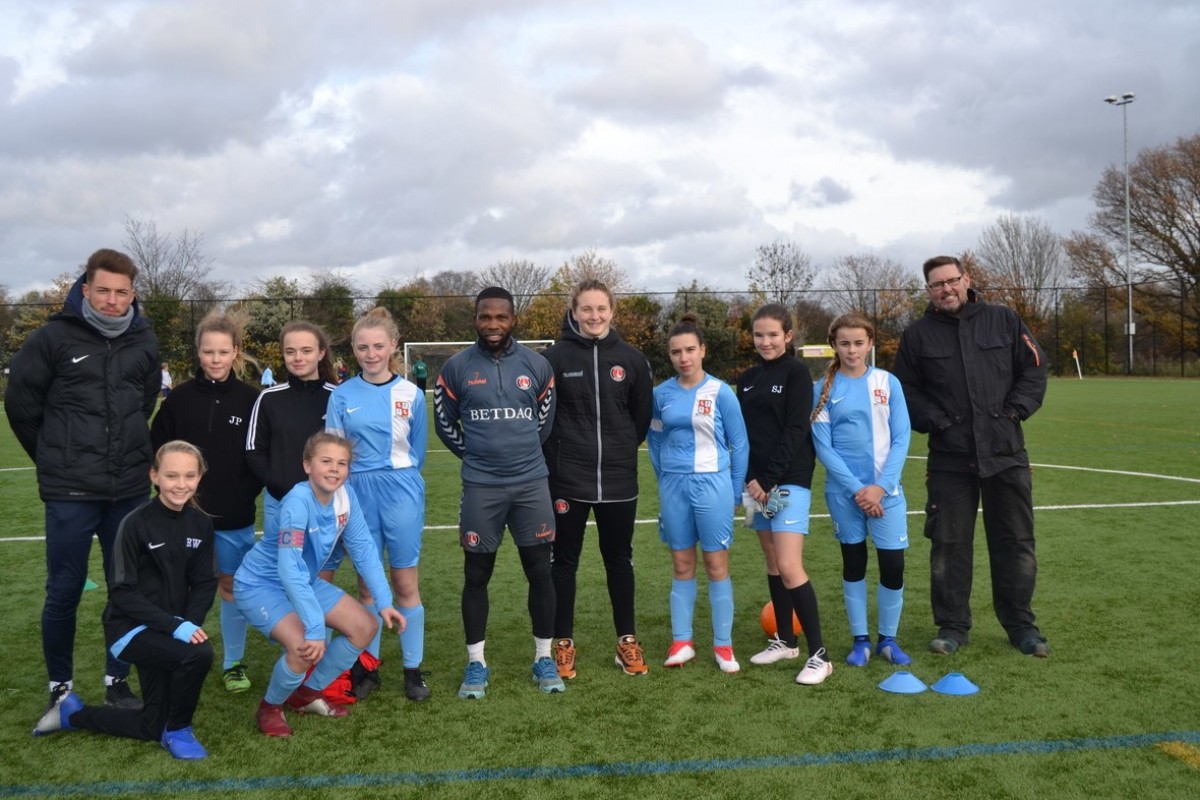 17 schools participated in the EFL Girls Cup on Thursday 29 November.

The pair offered advice to participants as well as staying to watch the final and handing out medals and certificates.

The winning school was Walthamstow Hall from Sevenoaks, who will now represent Charlton in the next round of the competition.

Participants had a special visit from Charlton first-team player George Lapslie, who did a Q&A and handed out certificates. Burnt Oak in Sidcup won and will go on to represent Charlton early next year.

National finallists from both competitions will play at Wembley.

“The community trust is a big part of what the club’s about, and it was good to speak to the young people.

“I’ve been in their seat. I remember, when I was younger, Scott Wagstaff came up here to speak to us and I know what it means to them.”

George and Scott are two of the many recent examples of players to break into Charlton’s first-team having come through the Academy via one of CACT’s courses.

“It’s brilliant to have 38 schools from Bexley & Greenwich taking part in our EFL Kids Cup and Girls Cup. It was great to see so many schools there on the fantastic 4G facility we have at the Training Ground, and meeting role models like Mark, Katie and George, who presented certificates and answered questions.”