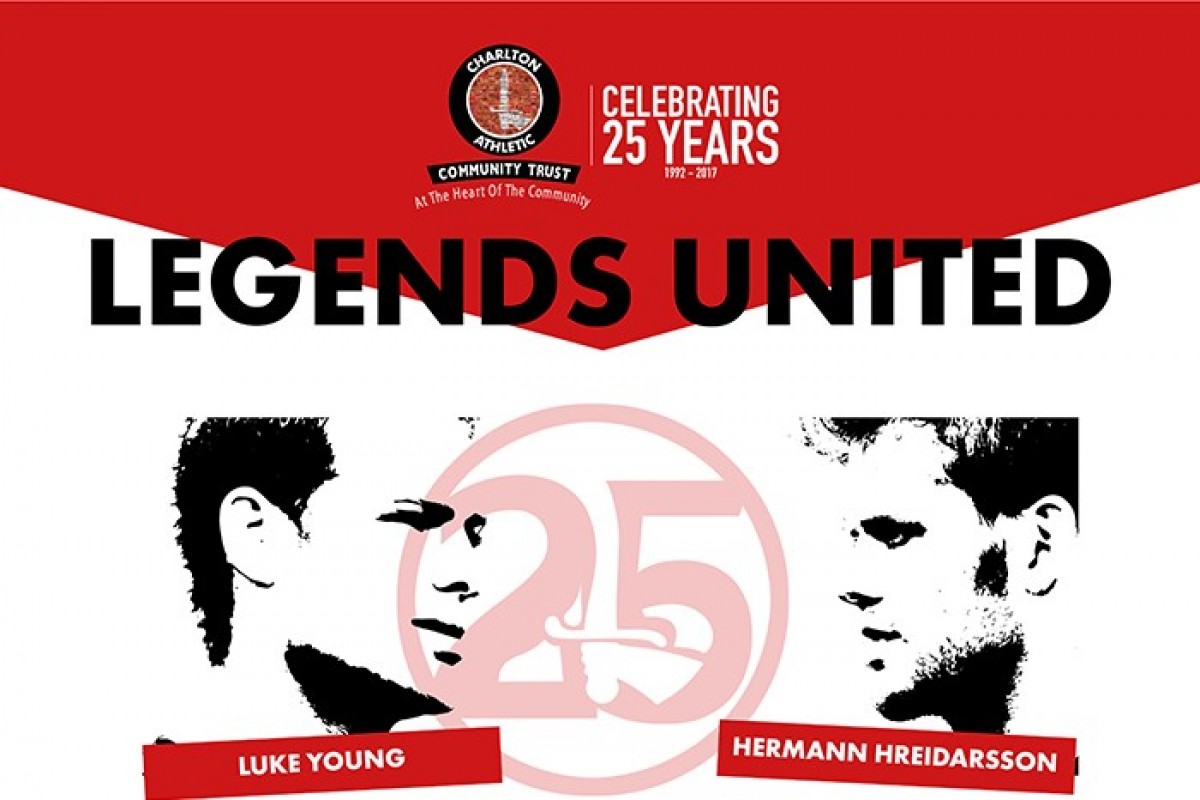 Former Charlton Athletic stars Hermann Hreiðarsson and Luke Young have confirmed they will be members of the Legends United squad for the game on Sunday 17 September. The duo are the 28th and 29th players to commit to the Charlton Athletic Community Trust (CACT) fundraiser which marks 25 years since the return to The Valley and the launch of the community scheme.

Iceland international Hreiðarsson joined the Addicks from Ipswich Town in March 2003. The big defender made 147 appearances for Charlton, 145 of them as a starter, scoring four goals. His other teams included Portsmouth, Brentford, Ipswich Town and Coventry City. After retiring from playing, he became manager of Fylkir in the Icelandic top flight.

Young made his Addicks debut in August 2001 after signing from Tottenham Hotspur. The right-back was voted player of the year in 2004-05 and has seven England caps, representing his country against the likes of Argentina, Colombia and Wales. He also played for Middlesbrough, Aston Villa and Queens Park Rangers.

All money raised through the event will support CACT’s initiatives at the heart of the community.

You can purchase tickets online by following this link