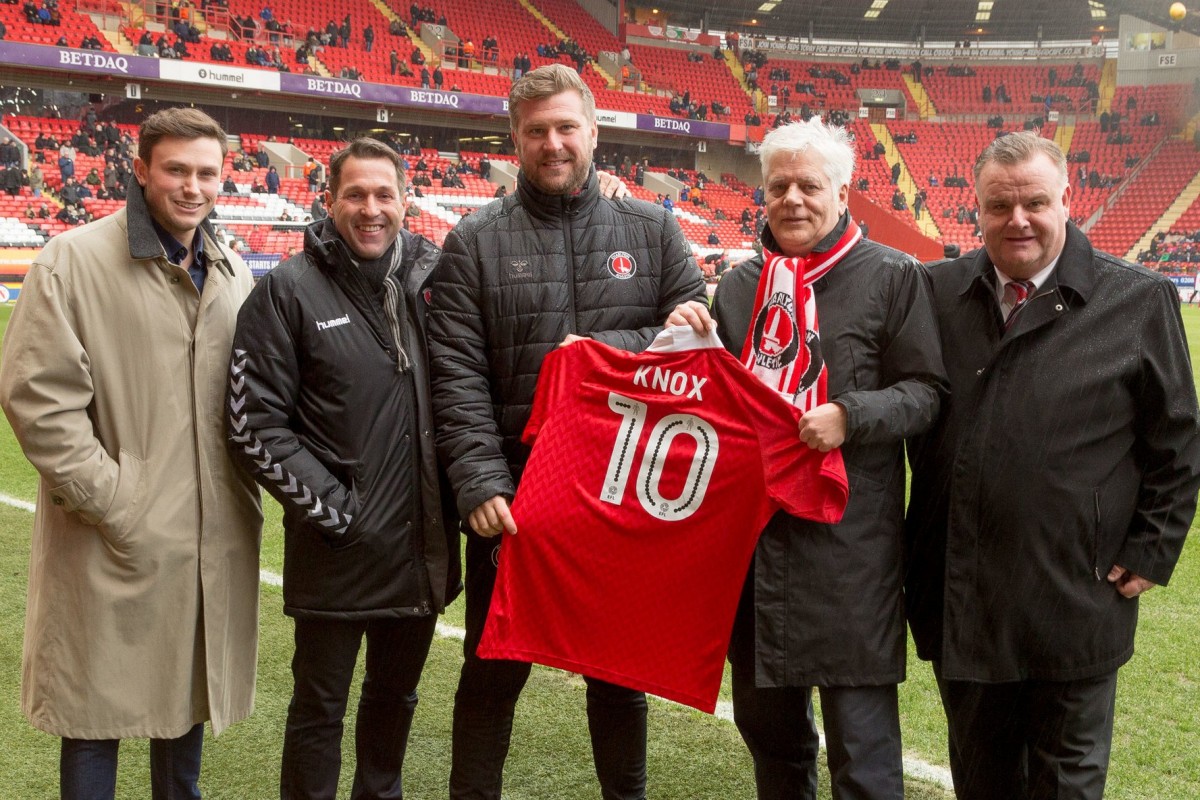 Rob’s father Colin and brother Jamie led the Charlton and Walsall players out of the tunnel ahead of the game and were presented with a commemorative Charlton shirt.

Colin and Jamie were also joined pitchside by Addicks manager Karl Robinson, and referee Scott Oldham invited them to observe a minute’s silence on the centre circle with the two teams.

Colin and Jamie were among the guests at a pre-match reception in the Royal Greenwich Suite.

CACT’s Kent Social Inclusion Officer Paul Robinson led a discussion with a young person who had previously been on the periphery of crime and has also been a victim of gang-related crime himself.

CACT reached out to the young person and mentored him for six years, helping him to steer clear of crime and find work.

The 21-year-old now has two jobs and is set to start mentoring other young people himself.

Last year, CACT mentored 250 people in Royal Greenwich, Bexley and Thanet. 60% had been involved in criminal activity of some sort.

“I’d like to thank CACT for inviting our family to do something constructive and worthwhile.

“I’m pretty sure there are lots of families out there that go through the same stress our family has gone through and don’t have that outlet or that voice. They want to speak, they want to make change, but they don’t know how to.”

60 young people from Thanet were also invited up to attend the game on a coach funded by the series of 25th Anniversary events. Many of them are part of the East Kent mentoring scheme.

“Street Violence Ruins Lives couldn’t possibly have started if we didn’t have the Knox family on board. But they were awesome. They supported the concept right from the outset.

“This really is the forerunner of crime reduction programmes in sport.”

Though both Charlton fans, Colin said Rob’s first football match had been Gillingham against Walsall:

“25 years on, it’s a poignant moment to see a visiting club that was the one Rob saw at the age of three or four”.

Walsall had won back then, but this time, they were beaten 3-1 by the Addicks.