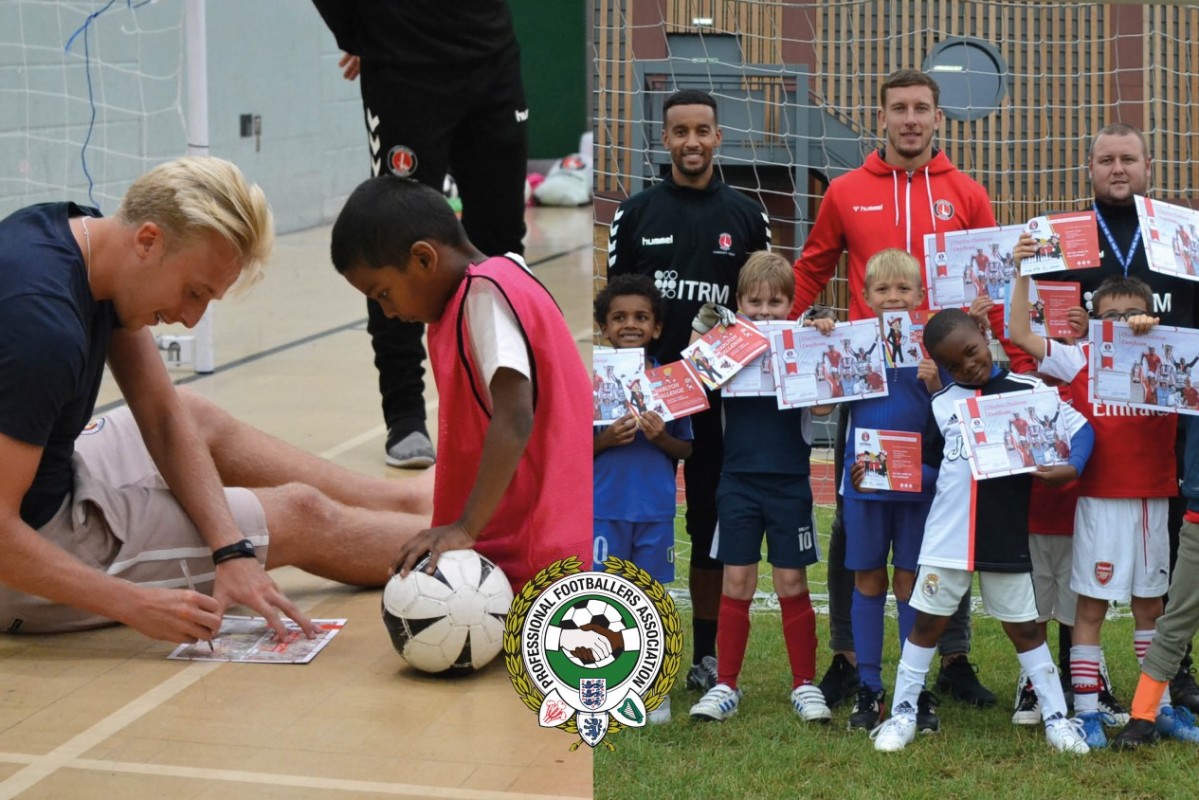 Seven Charlton Athletic first-team players have confirmed their support for CACT’s work in the community this season, including captain Jason Pearce, who will remain as the Disability Ambassador.

Lyle Taylor will become the Kick it Out and Equalities Ambassador, while Dillon Phillips will be Women’s and Girls’ Football Ambassador.

Lyle is currently supporting Young Greenwich Day, which is this year being combined with his fundraising campaign for Cancer Research UK.

Ben Purrington attended the first ever Young Greenwich Awards on Wednesday 11 September. Prizes he presented included the Duke of Edinburgh’s Award, which he previously took part in himself. CACT delivers DofE – through Young Greenwich – as well as NCS, which it runs every year for hundreds of 15 to 17-year-olds.

CACT’s 2017-18 PFA Community Champion, Jason has visited a number of different CACT programmes throughout his time in SE7. From attending the disability kit launch in 2017 to a range of holiday football courses, Jason has frequently made himself available, most recently helping to re-launch the Charlton Challenge programme at Sutcliffe Park Sports Centre in Kidbrooke earlier this month.

“It’s a real family club, a community club. I love seeing the young kids coming through. The opportunity at Charlton is huge.

“Being a footballer, you are a role model for a lot of people and people aspire to be footballers and want to be where you are so it’s just giving back to the community and giving back to people out there”.

George Lapslie, who has opted for Education, also visited the re-launched Charlton Challenge earlier this month, at Crook Log Leisure Centre in Bexleyheath. He used to attend community programmes himself and wants to give back to the community.

“I came to the community programmes myself when I was younger, then I went into the Academy and then the first-team, and I remember being in these boys’ shoes.

“At the end of the day, the community is the club really. We’re a family club, players come down and support initiatives like this and I think it’s good.”

“It is fantastic to see so many players keen to be ambassadors and it’s great that we’ll have as many as seven this season.

“I’m proud to see so many come forward, not only senior players such as Jason Pearce and Darren Pratley who have supported a range of initiatives before but also younger players like George Lapslie and Ben Purrington who have shown an interest in CACT’s vital work in the community and want to visit more programmes.”

The full list of PFA Player Ambassadors is as follows:

- Kick It Out and Equalities: Lyle Taylor