Special quiz with Scott Minto to fundraise for Charlton Upbeats 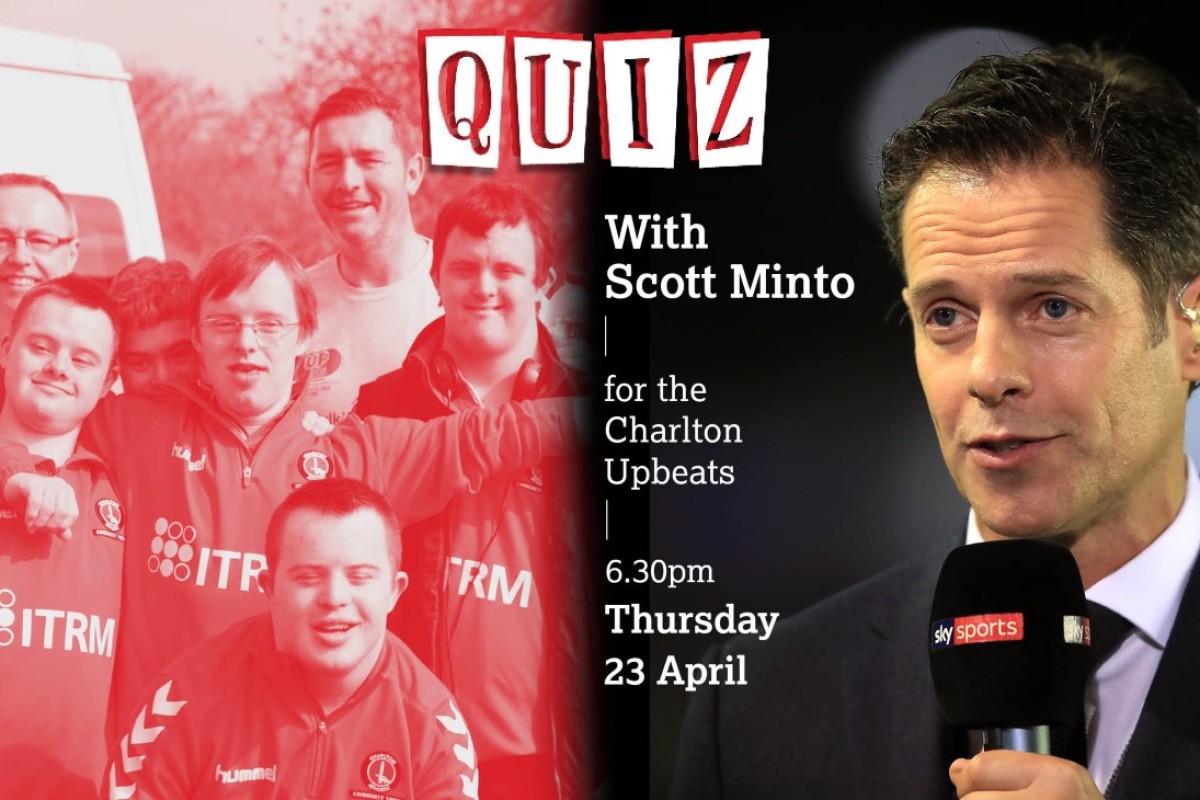 This week’s edition of the weekly Charlton Athletic Community Trust (CACT) quiz with former Charlton player Scott Minto on Thursday 23 April will have a special focus on the Upbeats including a number of questions about the programme.

The special edition of the quiz will be the latest addition to Upbeats Week, a fundraising campaign to raise money for the Down’s syndrome programme culminating in a one-mile walk on Saturday 25 April to be done individually due to the COVID-19 pandemic.

Thursday will mark the third weekly quiz held via CACT’s YouTube channel, and, with it being Upbeats Week, it was decided to donate proceeds to the Upbeats.

The programme is entirely funded by voluntary contributions so supporters who take part in the quiz are encouraged to donate to support the Upbeats. Upbeats Week’s fundraising target is £10,000 while the quiz aims to raise at least £500

“The weekly quizzes are about bringing people together and providing some light relief at a difficult time, but also raising funds for CACT’s great work in the community. I’m delighted we’re supporting the Upbeats appeal this week – the Charlton Upbeats are a fans favourite and rightly so. Let’s make sure we can keep the programme running for them for the year ahead.”

The quiz will take place at the new slightly later time of 6.30pm, and as usual, the other rounds will be General Knowledge, Film & TV, History and Geography.

CACT would like to thank everyone who has contributed questions so far. Last week’s quiz was won by Eynesford Addicks while LisaNDad emerged victorious in the inaugural quiz the week before.

Scott’s former teammate Bob Bolder, who has done the walk on a number of occasions, has today recorded a video message to supporters encouraging them to join him virtually in walking a mile for the Upbeats on Saturday.

Make sure you’re following CACT on YouTube to take part in the quiz.

Click here to donate to the Upbeats and help the programme continue for another year.