Spot on: students & alumni reflect on University of Greenwich partnership ahead of Swansea shootout 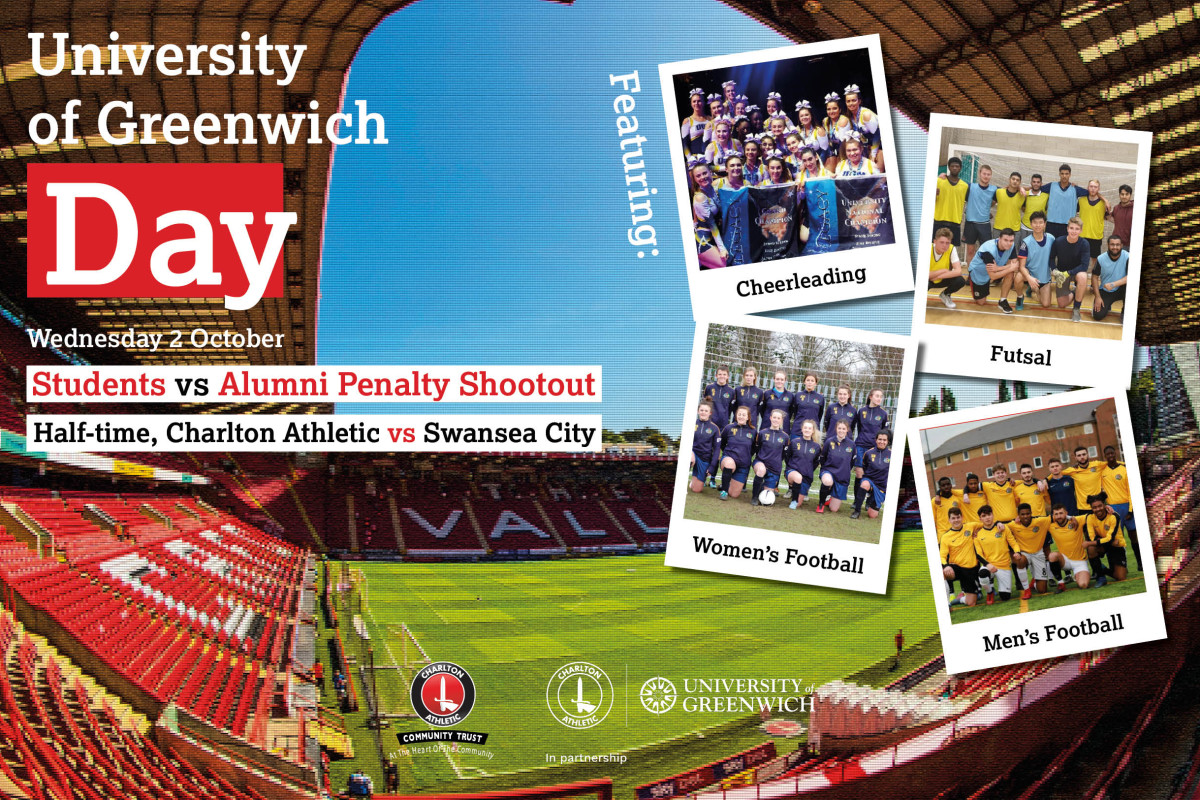 Charlton Athletic’s upcoming University of Greenwich Day match at The Valley against Swansea City will see alumni, including a senior Academy coach, take part in a half-time penalty shootout against various sports teams.

Five students and five alumni will take penalties in front of the Covered End on Wednesday 2 October.

He coached several of Charlton Athletic Community Trust (CACT)'s programmes alongside his studies, including holiday football courses and Charlton Challenge.

He has since gone on to become a Charlton Athletic Foundation Phase Lead Coach.

He brought Liverpool and England defender Joe Gomez through the Academy.

"I tailored the work around my studies and was able to earn a good student wage. I then got introduced to the Academy Development Centre Manager and got a part-time post for them in their Lewisham Development Centre.

"My progression from there was quite rapid, having then been promoted to an Academy age group coach and then finally into full-time employment with the club and my current post."

Like David, Gary Panton also coached on CACT's holiday football courses and Charlton Challenge alongside his studies. He studied to be a teacher and has taught PE at two local schools. He is now Assistant Head at Chislehurst and Sidcup Grammar School.

Luke Anderson also worked for CACT, initially as a casual coach whilst studying at the University. He then become CACT's Social Inclusion Manager from 1998 to 2003.

In this role, he set up a number of football-based diversionary activities in areas of social deprivation aiming to reduce crime and anti-social behaviour. Luke also played football semi-professionally.

Naomi Reid, another graduate, will also be taking a spot-kick.

A former first-team player for the University's Men's Football team, Paul Walsh graduated in Physical Education and Sport in 2003. He is also a Football Association of Ireland U19 graduate.

Paul coached part-time on CACT's holiday football courses to support his studies. He is now Head of PE at Woolwich Polytechnic.