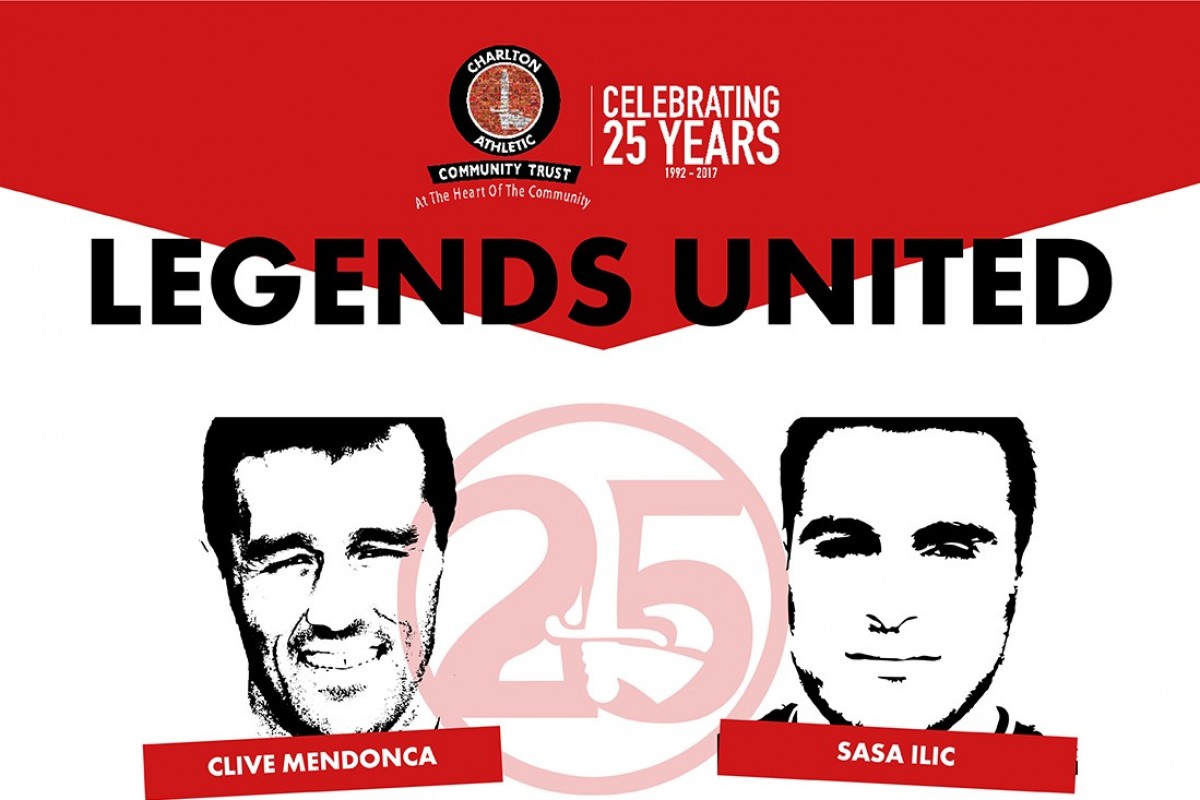 Clive Mendonca and Saša Ilic are the latest Charlton Athletic legends to be confirmed for the Legends United game on Sunday 17th September.

Super Clive was renowned for his lethal finishing in his time at Charlton between 1996 and 2003. He unforgettably scored the last hat trick at the old Wembley as Charlton beat Sunderland in the 1998 Division 1 Play-Off final.

Goalkeeper Saša Ilic etched his name into Charlton folklore that day too, as he saved the decisive penalty in the dramatic shoot-out.

Saša now runs a hotel in Montenegro and will be making the trip over especially for the game.

Charlton fans will get the chance to pit their skills against the pair, who will be taking part in a penalty competition, an experience which will be auctioned off in the coming weeks in aid of Charlton Athletic Community Trust.

In the meantime, supporters can buy tickets for the game by clicking here >>>

Tickets are priced at £10 for adults and £2 for Under 11s, with all proceeds going to Charlton Athletic Community Trust’s work in the heart of the community.