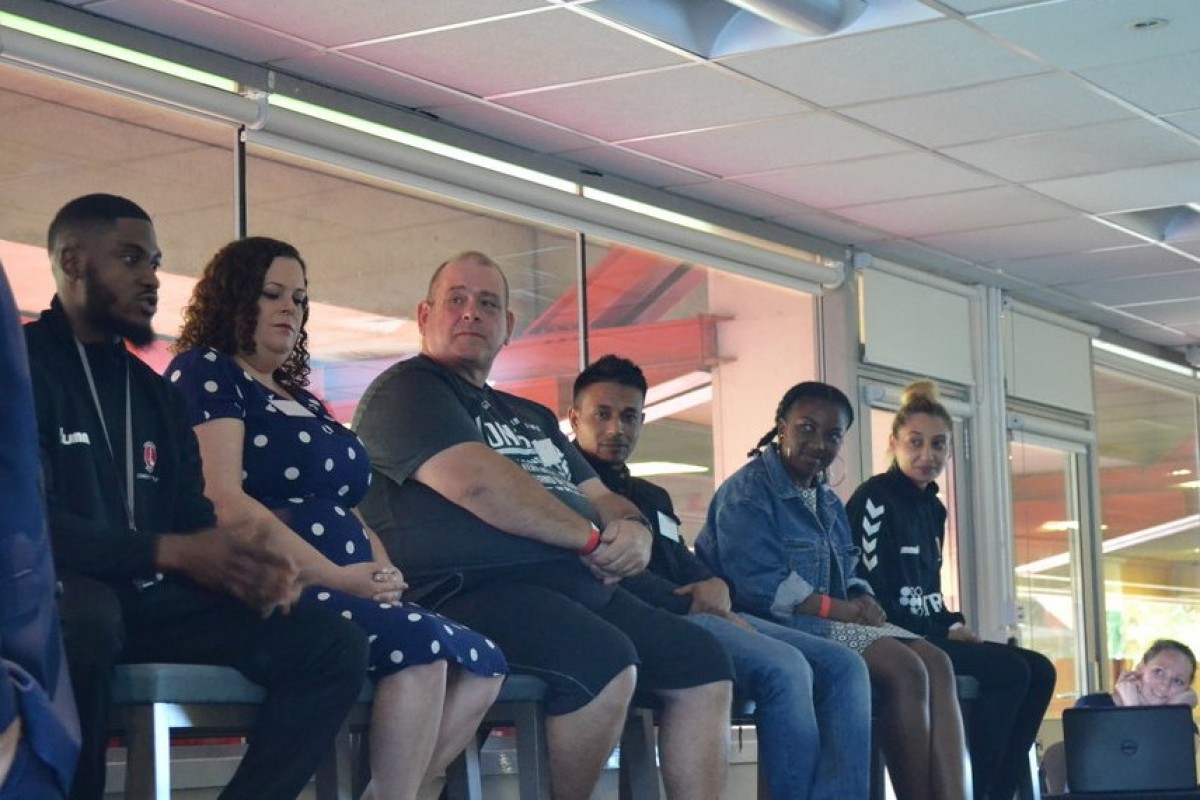 Charlton Athletic Community Trust (CACT) has announced the findings of a research project into the impact of the charity’s work across communities in South East London and Kent.

The report’s headline figure measures every £1 spent by CACT as being worth £6.89 in social value. With £5.5m invested in 2015-16, CACT’s social value over the same period is around £31 million.

The report is the conclusion of a 12-month study conducted by CACT’s Research & Development Department that has been developed and independently verified by the University of Greenwich.

A launch event at The Valley on Thursday 7 September included testimonies from several service users who have benefited from CACT’s work.

One of the speakers spent some time in prison but credits CACT with transforming his life.

He came straight to CACT after being released, volunteering and then being offered a job. After five years in the role, he left to set up his own charity which offers legal advice to young people.

He said: "CACT saw something in me at a time when virtually no-one else did".

Another of the speakers talked about recovering from a psychotic episode. CACT led to a boost in her confidence and helped her back into work.

The launch was attended by representatives from local authorities across South East London and Kent, as well as CACT’s patrons and partners.

The study is the result of extensive case studies and interviews. CACT’s financial value in the community was calculated using the Wellbeing Valuation model, a nationally recognised means of measuring economic value.

“As CACT celebrates its 25th anniversary of work in the community, it’s fitting that we are able to demonstrate the real impact of our work.

“In circles I move across various roles in the UK and Europe I witness how sport and football can make a real difference engaging communities. But CACT has been leading the way in this field for some time.”

“It all started with one member of staff and a telephone and now the organisation employs 95 permanent staff, engages with thousands of people and is one of the biggest football community trusts in the country.

“I’m incredibly proud to reflect on the growth of the organisation, provide this snapshot of our work and look forward to helping improve more people’s lives in the future.”

The full report will be published early in the new year.

The 25th anniversary of the community scheme at Charlton Athletic is being celebrated next week with a charity game at The Valley, uniting Addicks legends from the last 25 years for one last time.

All proceeds from the Legends United game will be going to fund CACT’s work in the community and support its service users like those who spoke at the event.