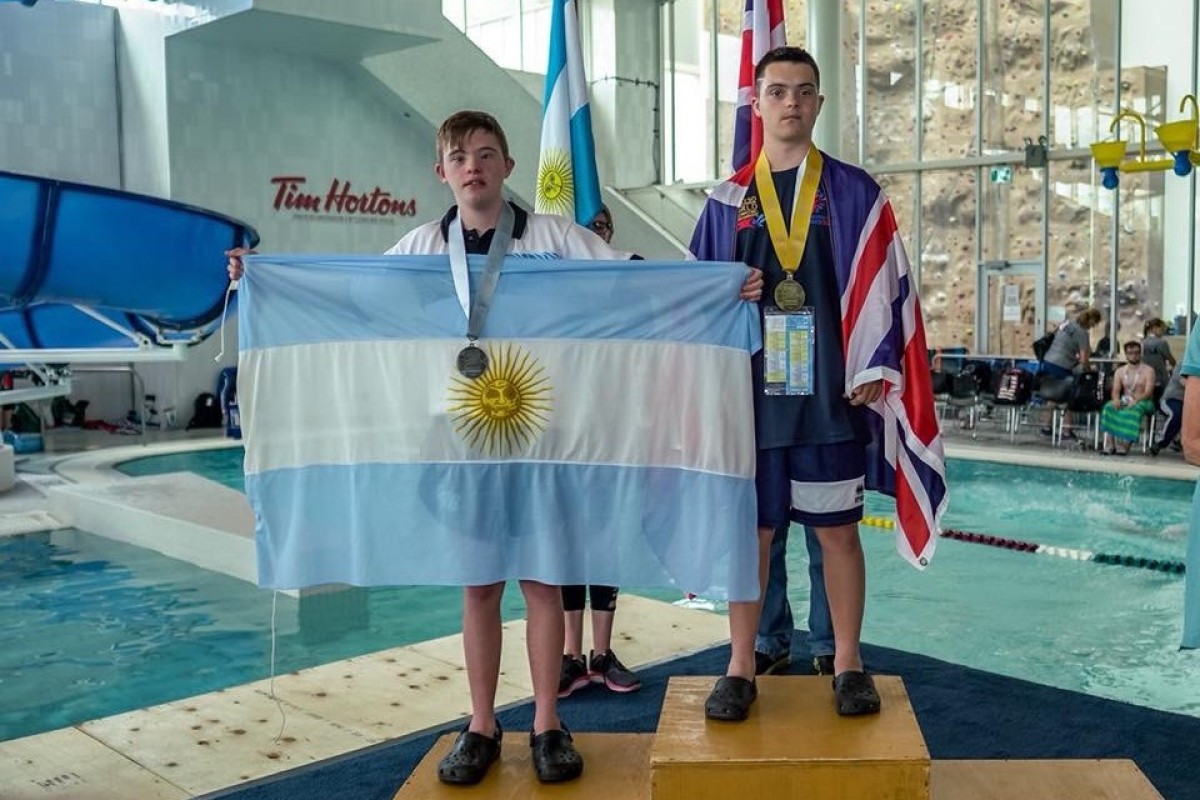 Charlton Upbeat Jack Lyons has returned from Canada after a successful week participating in the Down’s syndrome Swimming World Championships.

It was during a disability swimming gala in 2016 that Jack was spotted by a DS national coach, who invited him to their training camp on the Isle of Wight in January 2017. After impressing during his first training sessions, coaches offered Jack a place in the Team GB squad, and he participated in his first international competition in Paris last November.

Held in Nova Scotia, this year’s World Championships took place from 19-26 July, with over 200 swimmers competing for 25 different countries.

Jack took part in the 25m junior and 50m senior events. In fantastic form throughout, Jack achieved a number of honours, including a Gold Medal in the 25m Junior Breaststroke, where he swam a personal best en route to becoming World Champion.

In the 25m Junior Freestyle Jack won a silver medal and set a new Junior European Record of 15.97s. Jack set personal bests in both senior events, coming 3rd in his 50m Breaststroke heat and 2nd in his 50m Freestyle heat.

After a fantastic time in Canada, Jack will start training again in September with his eyes on the European Championships in Italy next year. He is aiming to train hard and set world record times in the Junior 25m Freestyle and Backstroke events.