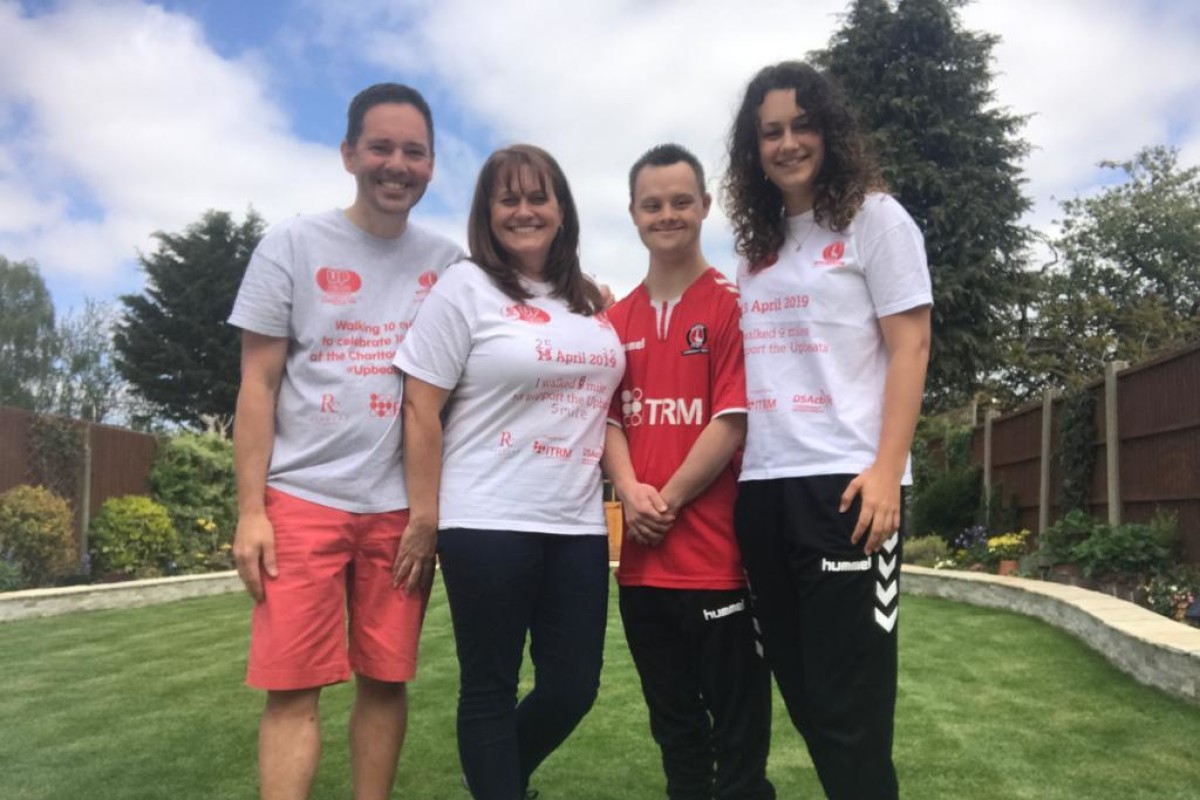 Supporters took to their gardens, streets and local parks to walk a mile for the Upbeats with members of their household. The Upbeats programme for young people and adults with Down’s syndrome has been running for 12 years, and is entirely funded by voluntary donations.

A fundraising target of £10,000 was set, as costs have temporarily decreased. All funds raised will go towards the Upbeats programme – funding the weekly training sessions at Sparrows Lane, kit, travel and fees for tournaments and other activities including trips away.

An outstanding £27,000 was raised, however, even surpassing the £24,500 from last year when more than 200 supporters took part in a more traditional 9-mile walk from Sparrows Lane to The Valley together.

Speaking after hearing how much was raised, Bowyer said:

“That’s our club from start to finish. We know how to stay together and look after each other and our community trust in my eyes is the best in the country.

“Our fans know when to step forward and help out, so we’re really grateful that they’ve raised that much. That’s great to hear how much has been donated.”

The walk also went international, with the brother of Charlton Upbeat William Cottrell walking for the Upbeats with his family in Portugal.

Some supporters walked longer distances than a mile or took on an added challenge, like Keith Wisdom, who carried a set of golf clubs.

Donors left a range of positive comments for the Upbeats on the JustGiving page, including one fan who described the project as a “great cause guaranteed to bring a smile even in these times”.

“The Upbeats are a credit to our club, along with everyone who’s raising money for the scheme.”

Jackie Birchmore, whose son Billy is an Upbeat, said:

“Our heartfelt gratitude goes out to everyone who supported the Upbeats on the 2020 walk. This fundraising for the Upbeats enables Billy to continue attending the weekly training sessions, playing in matches, gaining confidence and making friendships.

“Without the Upbeats project and dedication of all the coaches he would not be able to participate in his passion of football.”

“The Upbeats has been a lifeline for us as a family; what it has helped my son achieve has been equalled by the support and friendship of the families.

“Thank you to everyone who took part or donated – the difference this project makes is beyond words.”

“It was important to us all to ensure we still shone a light on the Upbeats even though our normal approach had to be adapted. It was simply amazing the support that the project got during last week and on Saturday when so many people got behind the initiative in so many creative and fun ways.

“All the donations made are very much appreciated and I know the Upbeats and their families were blown away by the messages of support for them all. We are looking forward to getting the Upbeats community back together soon, and having the funds to run some special trips for the group is all down to the project’s fantastic supporters”.

There’s still time to donate to the project online.