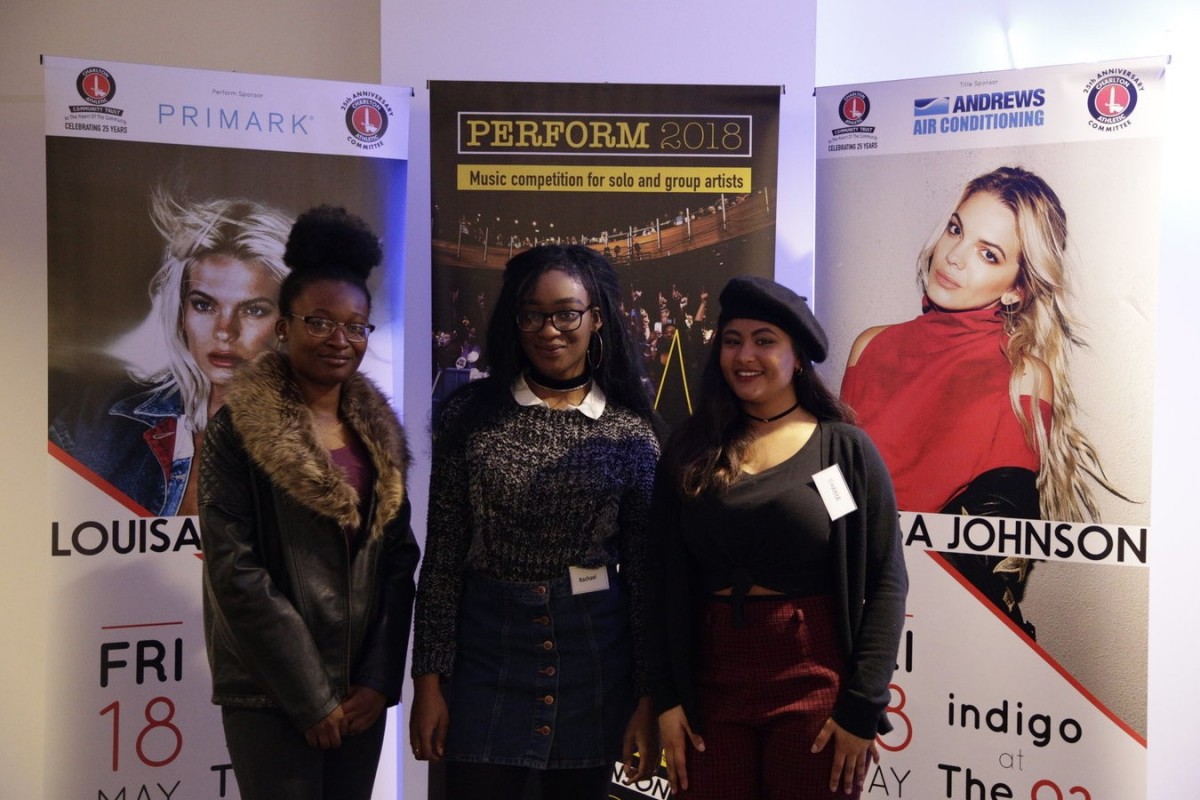 Perform, which took place at The O2 on Friday 13 April, saw three acts chosen as the winners: duo Rachael and Elizabeth, and solo artists Shania and Cleo.

This is the fourth Perform talent competition that CACT has run through Young Greenwich, the youth service it delivers on behalf of the Royal Borough of Greenwich, and this year Perform is sponsored by Primark.

The competition was open to young people aged 10-19 (10-25 with Special Educational Needs or Disabilities) in the Royal Borough of Greenwich, the London Borough of Bexley and Kent.

From the acts who sent in song recordings for Perform, the top 10 were chosen and then invited to audition at The O2 with a song of their choice.

“The acts were so good! We had a tough time deciding.

“It feels good to be back – I was auditioning for the first Perform myself. The relationship I have with CACT is so special. Before I did Perform, I was part of the youth club. Lots of the people who work with them used to look after me when I was at school.

“Young people need opportunities and need to know they can manifest their dreams.”

Autumn will also be performing at the 25th Anniversary concert on 18 May.

"Perform gives young people, especially in this area, so much opportunity to be able to develop their passion and follow their musical career path."

Click here to book your tickets for the concert, which is sponsored by title sponsor Andrews Air Conditioning and associate sponsor Regular Cleaning.

Watch clips and interviews from Perform 2018 below.