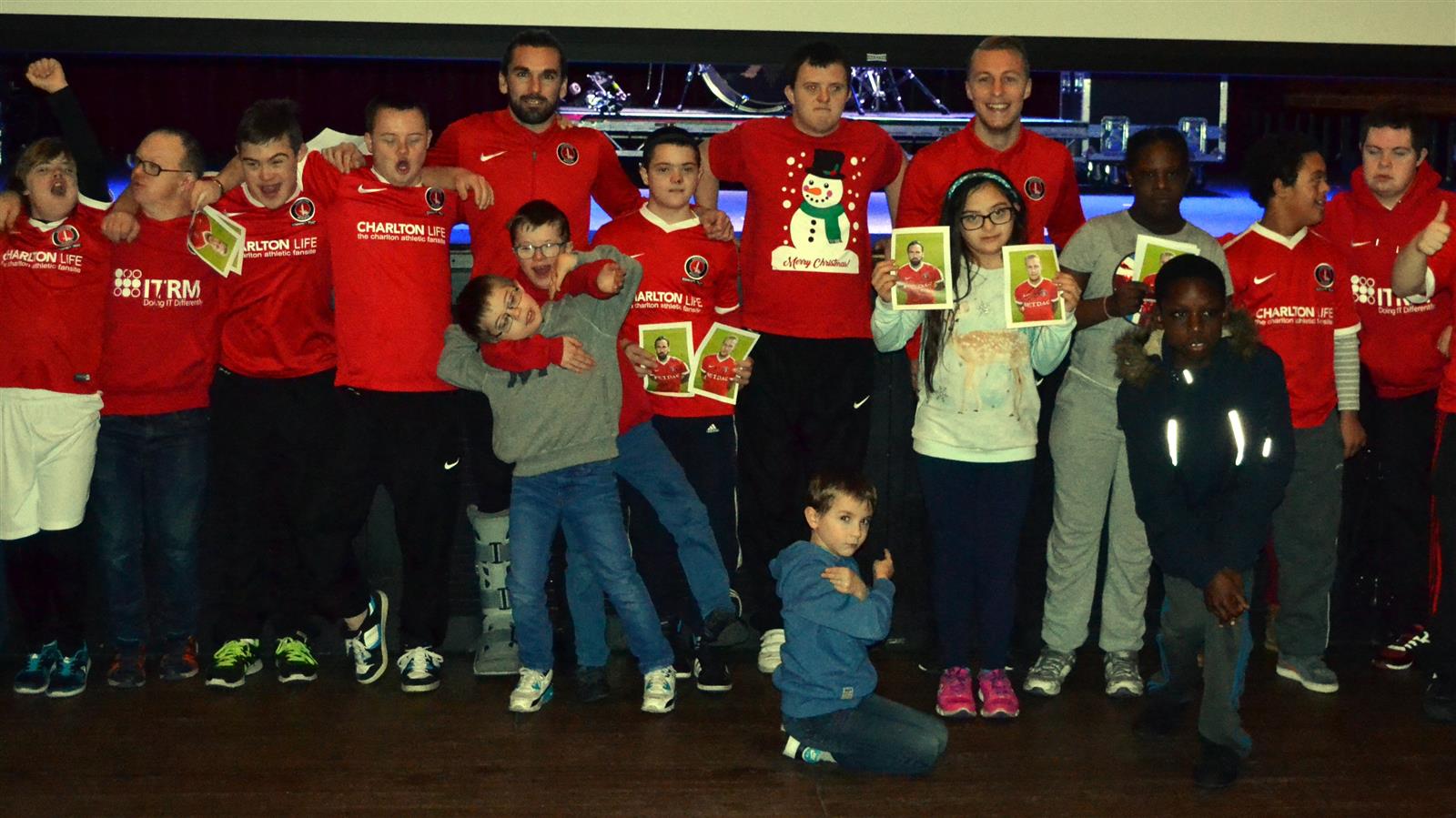 The much-loved Charlton Upbeats, CACT’s Down's Syndrome football team, rounded off an incredible year for themselves by holding their Christmas party at the O2 on Saturday morning.

Twenty of the Upbeats were joined by Charlton players Chris Solly and Ricky Holmes, who got in the festive spirit in spite of their injuries to join in with the party by signing autographs and exchanging presents.

Club vice captain Solly said: "Ricky and I had a fantastic time at the Upbeats Christmas Party. It was great to meet them all and find out why the project is so well loved by everyone involved with Charlton."

The Charlton Upbeats have gone from strength to strength in 2016. They launched a team in Kent, retained their national Down's Syndrome Football Competition in June and travelled to Northern Ireland to win the George Best Community Cup.

On top of this, they were shown fantastic support by the Charlton family; £31,500 was raised for the programme in April at the annual Upbeats Walk from Sparrows Lane to The Valley, 250 people came to the Upbeats quiz organised by Martin and Lee Simons in May, raising £6,500.

They also enjoyed continued support from the Charlton Life fans forum, who continued their sponsorship of the Upbeats' playing shirts.

Carl Krauhaus, Head of Disability at Charlton Athletic Community Trust, said: "It has been a fantastic year for the Upbeats. I would like to thank every member of the Charlton family who has supported them this year. Whether it's players like Ricky and Chris, our partners at Regular Cleaning, or the fans who gave such amazing backing to the Upbeats Day."

The Charlton Upbeats is primarily funded by individual donations. You can donate online via the Just Giving link http://www.justgiving.com/TheCharltonUpbeats