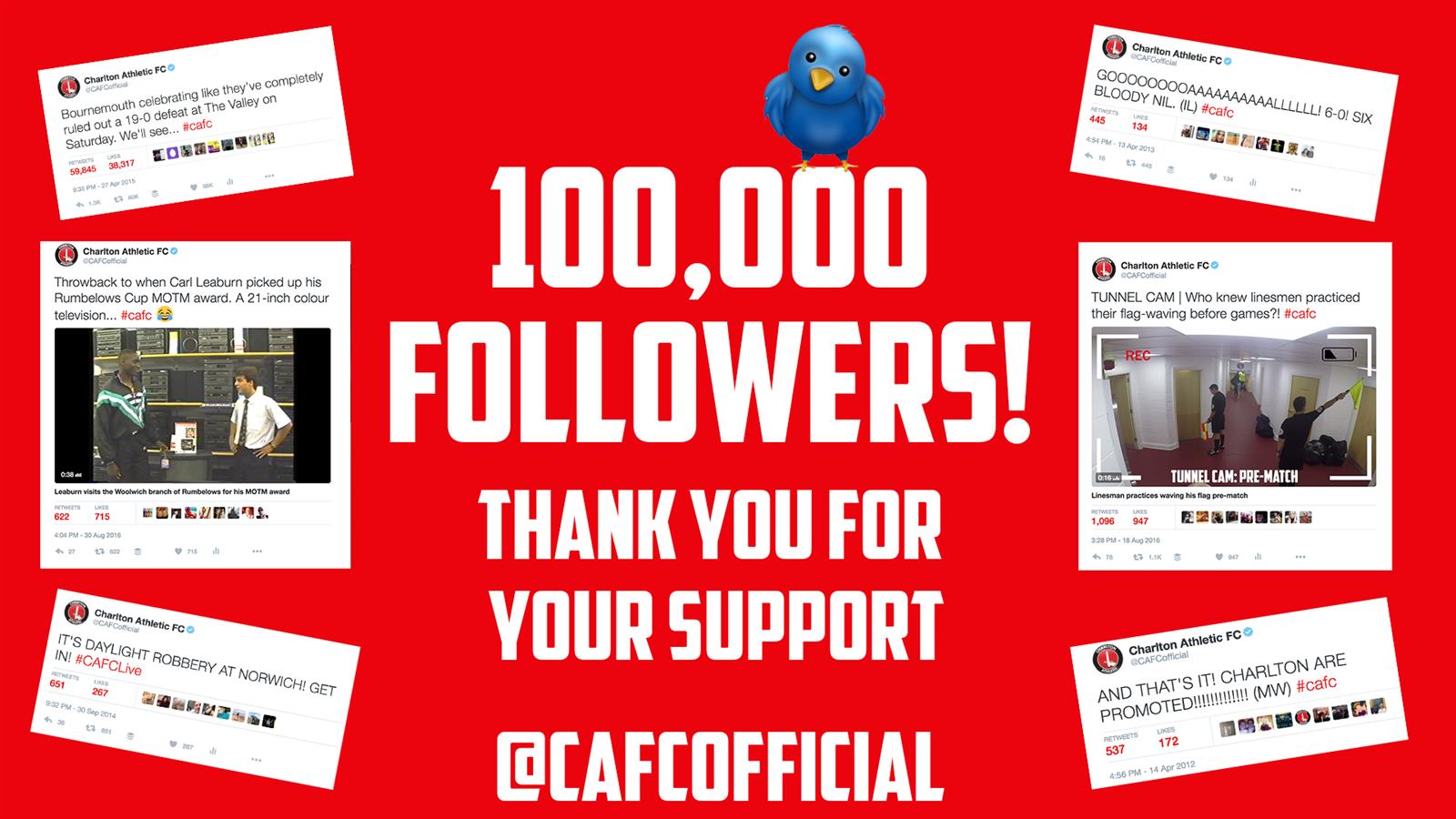 Since its birth in August 2009, more than 82,000 140-character messages have been tweeted out by Charlton’s social media account.

@CAFCOfficial is one of only three official club accounts in League One to have a six-figure following and, having reached the milestone, we have decided to have a look back at some of our highlights.

As well as delivering daily news to Charlton supporters, some tweets have, on occasion, captured the imagination of the wider football community, whether it be the confirmation of promotion, a response to former England cricket captain Michael Vaughan, a triallist-filled team line-up, a warning to champions elect AFC Bournemouth, or many others.

And, below, you can see some of the club’s most interactive tweets so far...

Wecome to the new CAFC official news Twitter. We'll be bringing all the latest news - and much more besides - throughout 2009/10 (MW)

We are going up!

"OK then, Alan it is..." #RoyalBaby#cafcpic.twitter.com/DTSHyJYKtb

Same team who beat #swfc to League One title with 101 points... #cafc RT @MichaelVaughan: Didn't even realise Charlton were still a Pro club

Pinching the points at Carrow Road

IT'S DAYLIGHT ROBBERY AT NORWICH! GET IN! #CAFCLive

A response to Robbie

Bournemouth celebrating like they've completely ruled out a 19-0 defeat at The Valley on Saturday. We'll see... #cafc

Who knew this about linesmen?

Not following us on Twitter? You can do so by clicking here!
Previous Next
Read Time: 3 mins