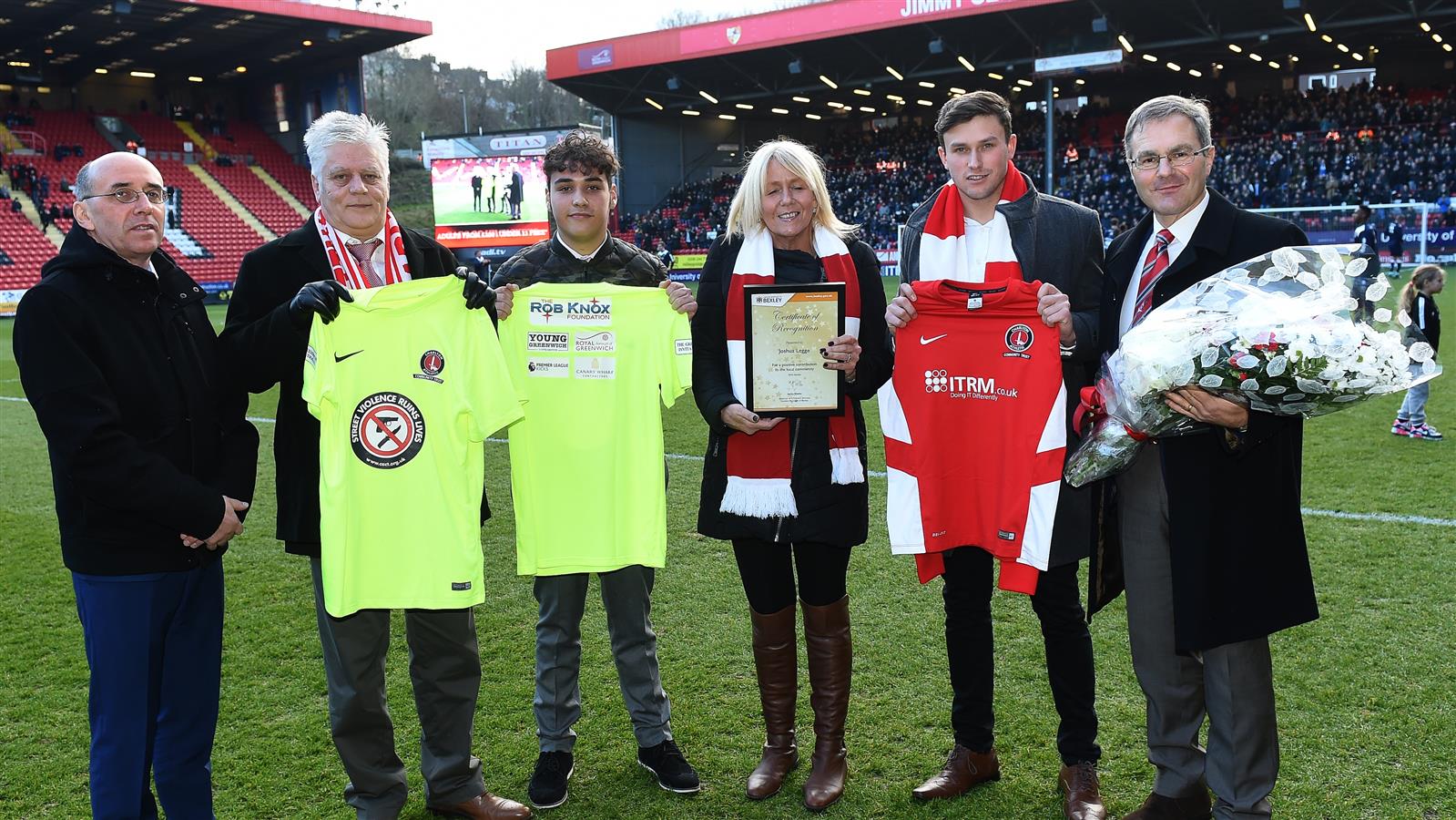 Saturday, January 16th saw a return to the Street Violence Ruins Lives (SVRL) campaign at The Valley, a dedicated annual fixture to remember and celebrate the life of a devoted Charlton fan, Rob Knox.

Rob lost his life after being fatally stabbed in Sidcup nearly eight years ago. Ever since, both Charlton Athletic Football Club and Charlton Athletic Community Trust (CACT) have embraced the yearly fixture to raise awareness for an event that could have been avoided, but unfortunately still occurs regularly.

Working closely with the Rob Knox Foundation and the club, all involved deemed it another successful day for the cause.

Josh Legge, 15, from Bexley, was recognised for his dedication to encouraging other young people to stand up to bullying and violence.

Bexleyheath Academy student Josh regularly volunteers at the Thamesmead youth hub for the London Borough of Bexley and was recognised after being nominated by their Director of Children’s Services, Jacky Tiotto for services to his local community.

CACT’s outgoing Crime Reduction Manager Nick Darvill said “It was yet another day to be proud of as we remembered Rob’s life and celebrated the positive choices young people are making to reject violence.

“It was a special day for me in particular as it is my last SVRL day working for CACT. It’s great to reflect on how far the initiative has come in nine years. I would like to thank all my colleagues and the Charlton fans for making the day such a success.”