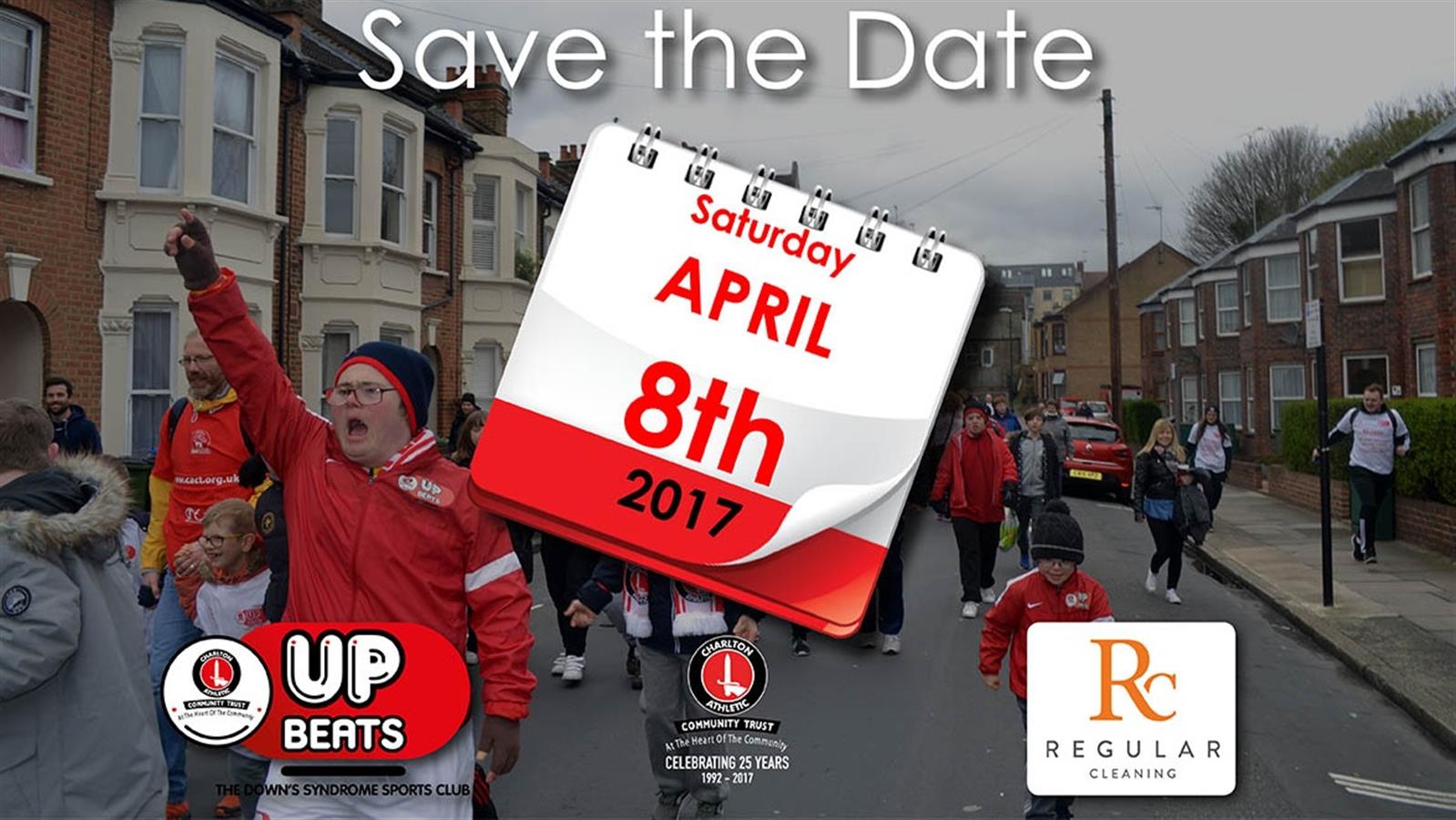 Charlton Upbeats Day is back! After raising over £37,000 for the much-loved Upbeats last year, the charity walk is returning  for its third year bigger and better.

Helping raise funds and awareness for the Charlton Athletic Community Trust (CACT) Down’s syndrome project, the day consists of the now traditional nine-mile walk from the club's training ground to The Valley, led by Charlton legends and assisted by accredited walking volunteers. The Charlton Upbeats will also be again playing on The Valley pitch prior to the first-team's match.

Taking place on April 8th, the day coincides with Charlton's home fixture against Southend United. The walking groups will set off at 9am from Sparrows Lane, before arriving at The Valley nine miles and three-and-a-half hours later.

Further details on the event, including how to register, will be released in a few weeks’ time, but please put Saturday April 8th 2017 in your diary now!