Charlton family raises more than £20,000 for the much-loved Upbeats 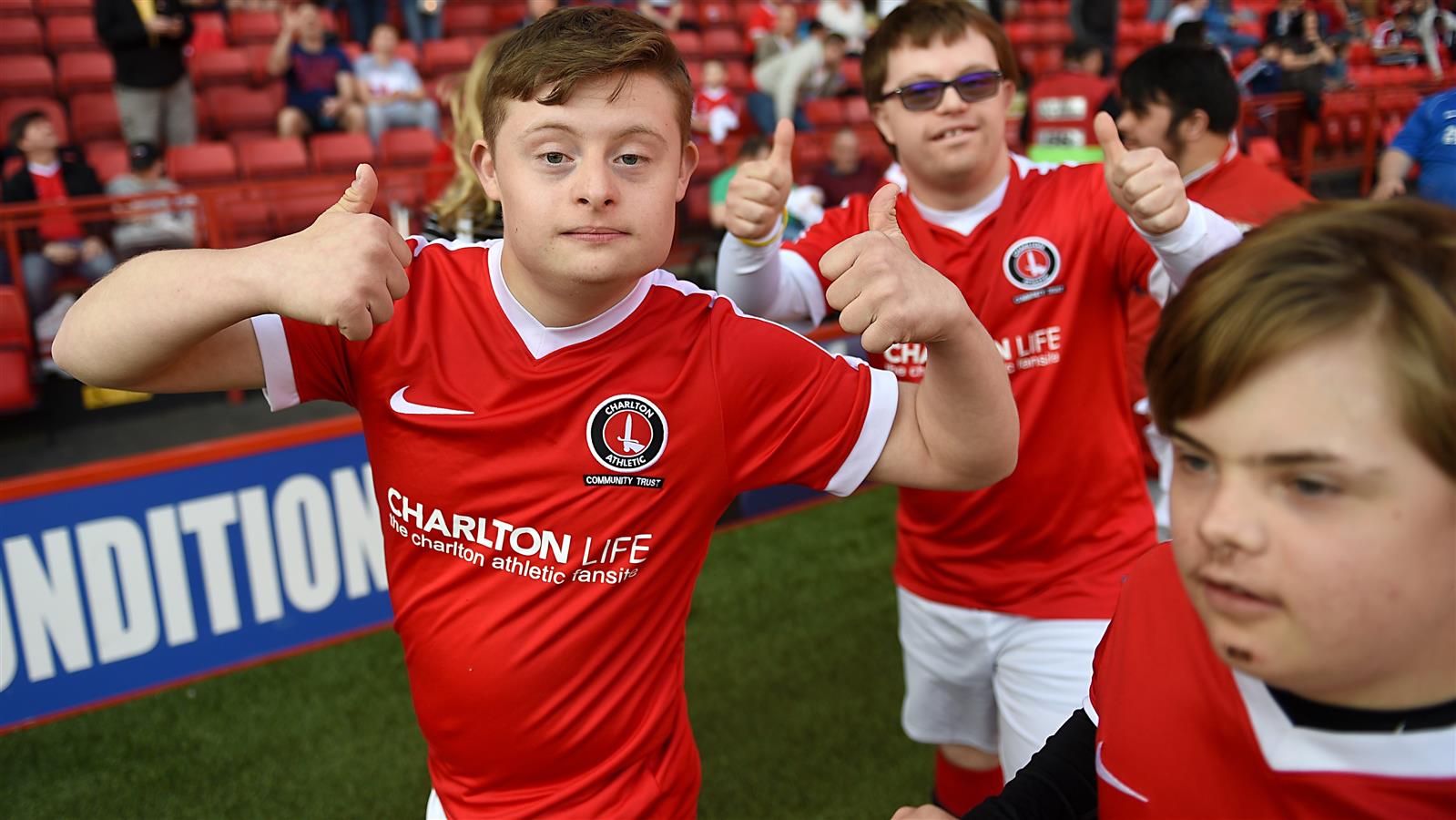 Over 200 people embarked on a charity walk through South East London last Saturday to raise over £20,000 and awareness for the much-loved Charlton Upbeats.

They received a fantastic response from locals and tourists, enjoying the beautiful sunshine in Blackheath and Greenwich Park, and fans at Charlton’s game against Southend United.

Following the nine-mile walk, the Upbeats played Brighton & Hove Albion in the Community’s Down’s Syndrome team on the famous Valley pitch, after which they were presented with medals by the Charlton legends and actress Hannah Arterton.

Both teams received a rapturous reception from the crowd when they took a lap of honour at half-time.

The day was topped off as Charlton players Declan Rudd, Chris Solly, Ricky Holmes, Nathan Byrne and Jay Dasilva gave their match-shirts to the Upbeats.

Charlton Manager Karl Robinson said: “It was a very special moment for them. They are good people, we saw the enthusiasm they played with in the game before ours and I think it was a lovely touch by Ricky, Dec, Nathan and the boys who went into the crowd to really show what they mean to us.

“This is what I mean about a unified club, when we all unite together we’re a special place. The players need to realise that the unified group comes by them winning games and working hard, which they did today.

“Every person that wears our shirt, whether it be the Upbeats, the ladies team, the under-6 team through to the first team, we want everyone to feel a part of one family. That’s the way I want to build the football club.”

Carl Krauhaus, CACT Head of Early Help & Prevention, said: “It was another fantastic day for the Upbeats. The Charlton family really came together to support this fantastic programme.

“I’m really grateful to all the walkers, club legends, sponsors, community trust staff, staff at the club, fans and members of the local community who have donated and supported the team.

“Their generosity means that we can continue to bring the joy of football to the local Down’s Syndrome community and their families.”

Over 170 people with Down’s Syndrome from across South East London and Kent are registered with The Upbeats, with 40 regular attendees every week.

The programme specialises in providing a progressive and safe environment for players of all ages to reach their full potential. There is a clear pathway from young players who are learning the basic skills in the game up to senior competitive football.

The project receives no external funding, relying on individual donations to continue.

Donations can still be made to the Upbeats by visiting https://www.justgiving.com/campaigns/charity/charltonathleticcommunitytrust/charltonupbeatsday2017 or calling 0208 850 2866