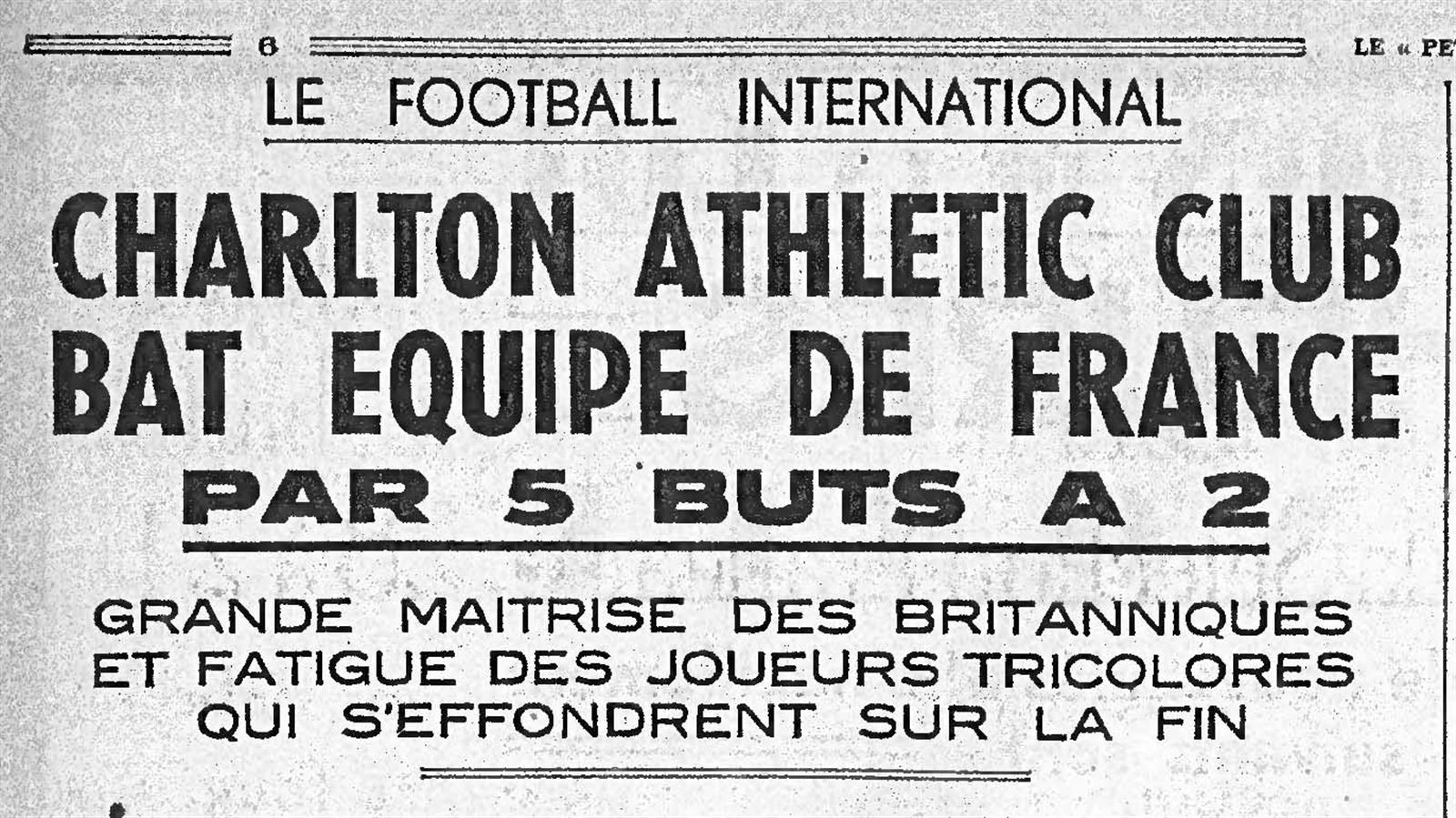 Nowadays, seeing a club side face off against a national team is often restricted to a living room and a games console.

Eighty years ago today, however - and long before the invention of the PlayStation and the Xbox - it became a reality for Jimmy Seed’s Charlton as they came up against France in Paris.

The exhibition match came about after Italy - under orders from facist leader Benito Mussolini - had withdrawn as France’s opponents for the originally-scheduled fixture, and Jimmy Seed’s men duly stepped in as a late replacement.

The match fell just a day after Charlton had beaten Huddersfield Town at The Valley but they showed no fatigue whatsoever. Harold Hobbis added to a brace each from George Tadman and Don Welsh to cancel out the international might of ‘Les Bleus’ who netted consolation strikes courtesy of RC Paris striker Émile Veinante and another via a player named Fructuoso.

A report in the French newspaper Le Petit Dauphinois explained how it was a “marvellous performance from Charlton” who ran their opponents rugged before finishing off the tired Frenchman late on.