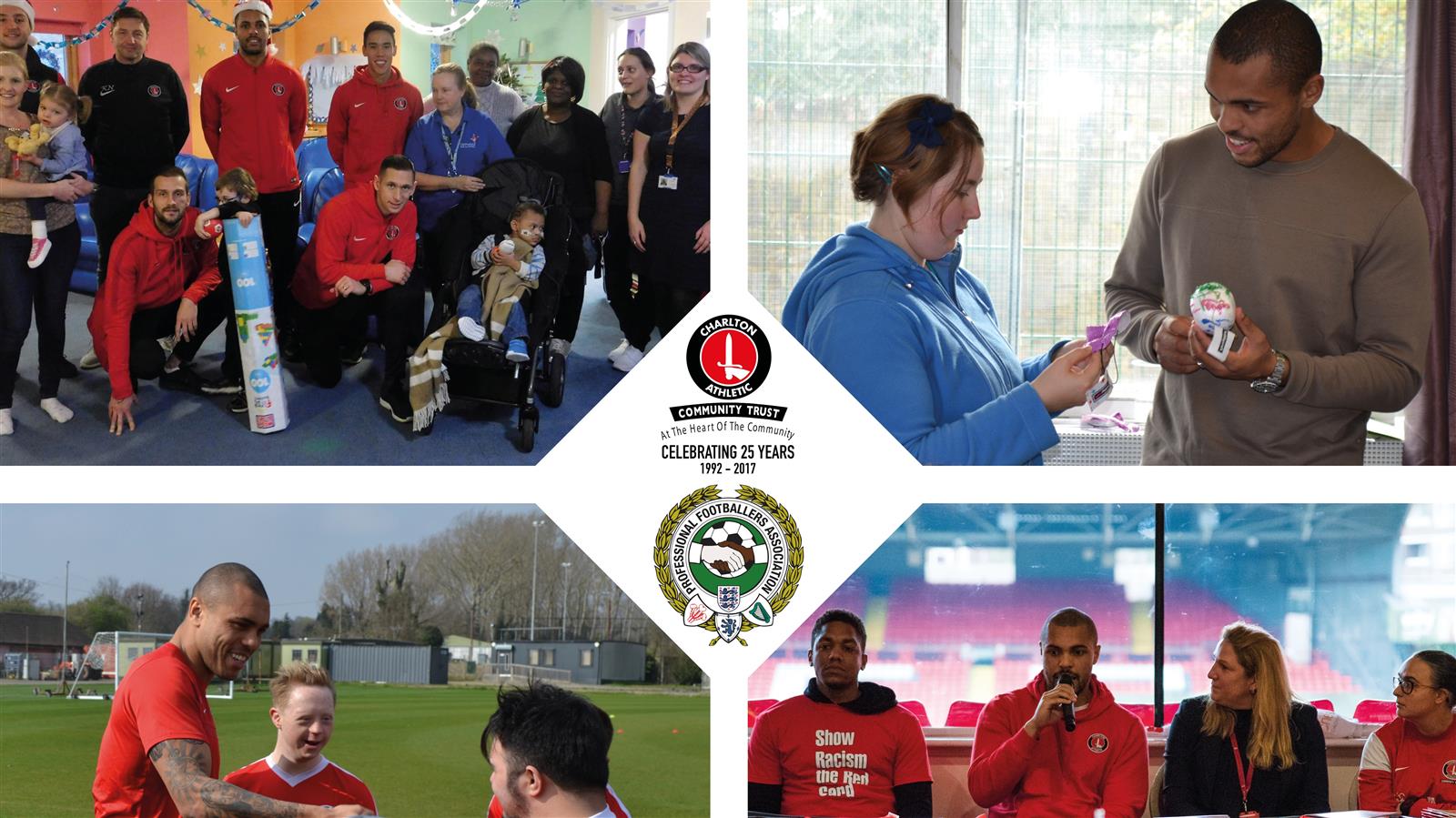 Josh Magennis was honoured to be named as the club’s PFA Community Champion of the Year on Sunday afternoon.

As well as impressing on the pitch in his debut season, the Northern Ireland international has consistently supported the work of the Charlton Athletic Community Trust throughout 2016/17.

A big, positive, inspiring personality makes him a firm favourite and he willingly volunteered as player Ambassador for Disability.

He took the role after visiting the Short Breaks programme in October. He visited the programme for disabled young people in Royal Greenwich, taking part in arts & crafts and football at the Avery Hill youth club in Eltham.

Over Christmas, Magennis joined his teammates in visiting Demelza Hospice Care for Children, engaging brilliantly with the children, parents and staff.

In January, he helped launch the Sugar Smart initiative demonstrating the Sugar Smart App to camera to encourage everyone to learn more about hidden sugars found in food.

Later that month, he took part in the equality and diversity seminars that took place with local primary school children to celebrate the 25th anniversary of Charlton Athletic Race Equality partnership, again meeting local young people to share his experiences.

He fit a meeting with the Upbeats into his recovery from injury in March, when they visited the training ground for world Down’s Syndrome Day.

Josh has shown himself to be a great role model when he visits schools and holiday football courses. He encourages young people to work hard to progress their education, explaining how he worked hard to complete a degree whilst playing professionally.

Jason Morgan, CEO of Charlton Athletic Community Trust, said: “We’re really grateful to Josh for his dedication to supporting a range of our programmes.

“Josh has made an amazing contribution to our player visits this season and has willingly given his time. He’s a great Ambassador of our Disability programmes but also takes a real interest in all the other projects he visits.”

Speaking about the accolade, Josh said “It’s great to be part of a club that works hard and helps to make a difference in our community.

I really enjoy getting out and about and having the opportunity to meet so many great young people and staff. It’s a privilege to be able to give something back to our fans and the community.”