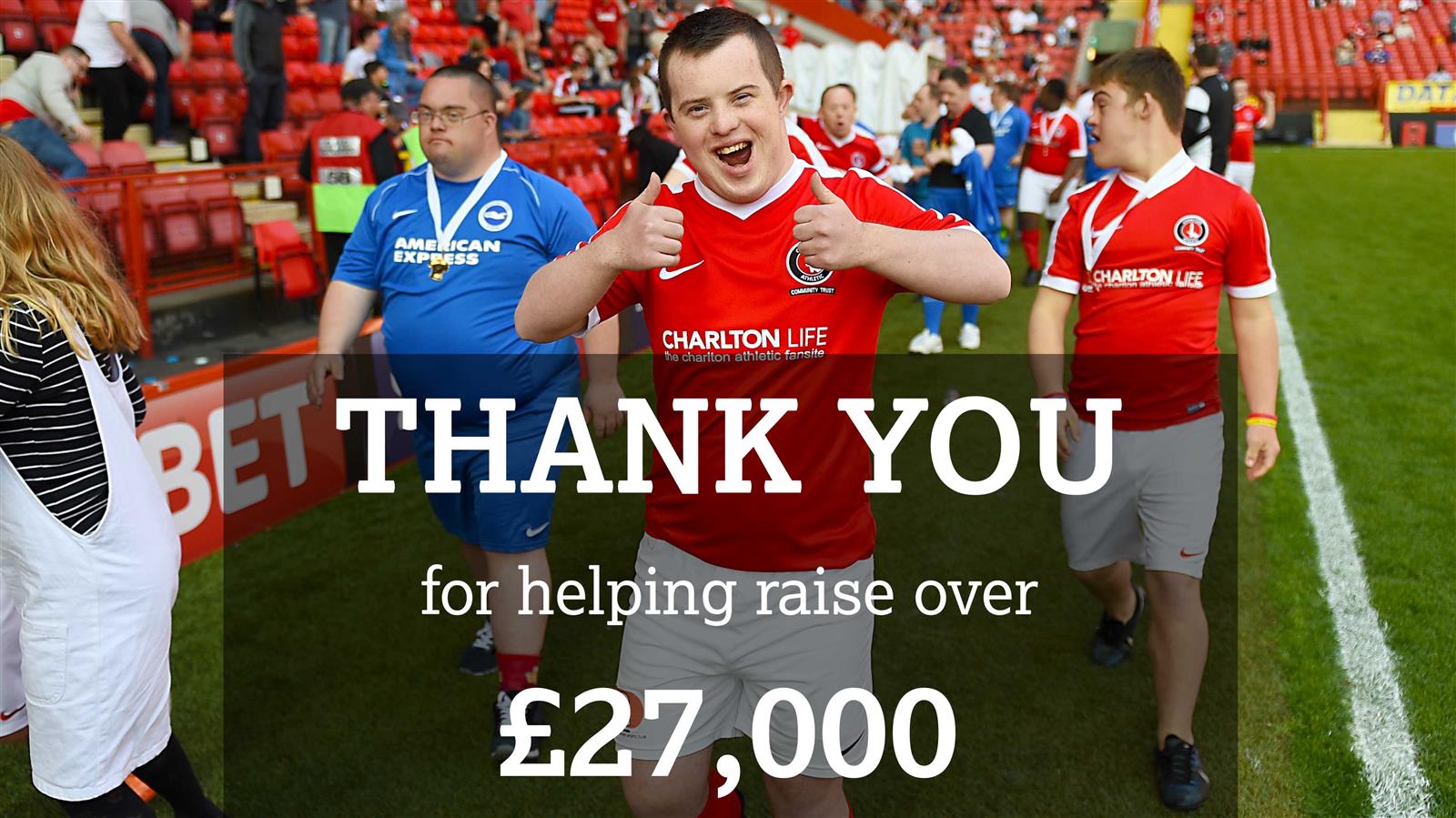 A grand total of £27,213.85 has been raised in aid of the much-loved Charlton Upbeats, the four-times Down’s Syndrome national champions.

The money was raised from sponsorship of The Upbeats Walk, which took place on the morning the annual Charlton Upbeats Day on April 16th.

Having been greeted in SE7, the Upbeats then took on Albion in the Community on The Valley pitch, earning a comprehensive victory.

Sponsorship from Charlton Life, the online fan forum, raised over £8,800 this year, which was boosted by auctions of shirts and other club memorabilia.

ITRM, sponsors of both the club and Trust, also assisted on the day by providing volunteers, who assisted along the walk by handing out refreshments and guiding the way.

“I can’t thank the whole Charlton family enough for coming together to support the Upbeats once again on such a brilliant day.

“So many different people helped to make the event so special. The club staff who sorted logistics, fans groups like Charlton Life, club sponsors like ITRM and Whitecode Design and the CACT staff who volunteered and spent their time co-ordinating it all.

“A special mention should go to the legends who again turned out in force to support the project engaging brilliantly with the walkers as they made their way round the course.

“The project costs around £25,000 to run each year, so its immediate future is again secure due to the commitment and generosity of many. I’m really pleased that we will be able to continue delivering The Upbeats project in South East London and Kent.

“The lads will now start looking forward to playing in the George Best Cup in Northern Ireland next month and their defence of the national Down’s syndrome championship in Birmingham.”

Over 170 young people are registered with The Upbeats with 40 regular attendees every week. They also play in the Kent Adult Disability League and were successful in being league winners in their first season. The Upbeats are also four-times, National Down’s syndrome champions and in July will be going for their fifth consecutive title.

The programme specialises in providing a progressive and safe environment for players of all ages to reach their full potential. It provides a clear pathway, from young players who are learning the basic skills in the game up to senior competitive football.