One target for Jason Pearce after signing his contract extension 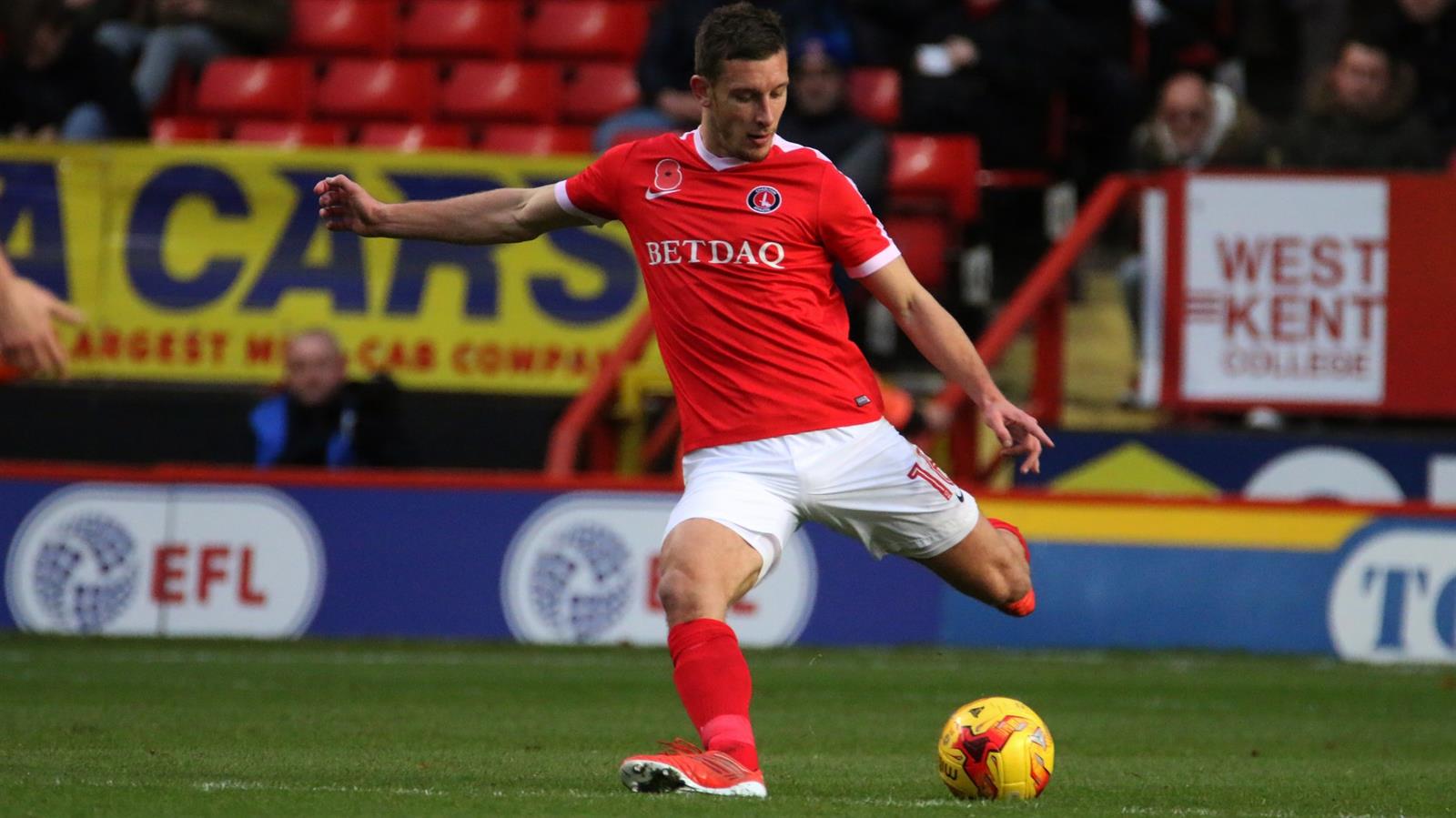 A beaming Jason Pearce walked out of West Box One just after signing on the dotted line to commit himself to Charlton Athletic until 2020.

“I only wanted to be here,” he stated proudly on the walk down to the tunnel area at The Valley before conducting his first interview since extending his contract.

Pearce was a crucial part of the Charlton side last season. Indeed, from the 23 games he started, the Addicks took 38 points. If the club had taken 38 points from the other 23 League One games, they would have finished ahead of promoted Millwall.

His aim for next season is clear. It’s one word. Delivered with confidence, he simply says: “Promotion”.

The 29-year-old knows what it takes to get out of this division having been promoted with Wigan in 2016 and he knows it starts with a collective ambition.

He said: “Karl [Robinson] has said he wants people that want to be here and I want to be part of something moving forward. He’s shown that he wants me here and when I’ve been fit I’ve played. I want to keep progressing and to be at a progressive club and I believe that Charlton is the right place for me.

“I’ve really enjoyed my time here. It was disappointing last year with where we finished and personally with the worst injury of my career it was disappointing for me, but hopefully the fans and the club have seen what I can bring to the team and I hope from now that I can be part of getting the club up to where it belongs.”

While his goals on the pitch are clear, Pearce insisted that the family feel the club has was also a big part in him committing his future to playing at The Valley.

Pearce was as impressive off the pitch last season as he was on it, visiting both the Maidstone & Weald and Bromley fan groups, getting involved in coaching Charlton youngsters and supporting Charlton Athletic Community Trust events.

He said: “I think it is really important (to go out and meet fans). Speaking to certain people, they said they don’t know what the players are like personally and you want to show people that you are just a normal human being, a normal person.

Despite this, there were still rumours this summer linking him with a potential move away. He didn’t let these rumours distract him though: “I really didn’t want to move. I’m really settled with my family and myself, I’m enjoying being here. I see the club progressing and moving forward and I really want to be part of that, I never saw a future away from here.”

Following Pearce’s return to the first team for the last six games of the season, the club’s form improved, conceding just four goals and winning four games, with one draw.

“We’ve got to take the momentum” Pearce said. “It was important to finish the season well, with momentum and try and take that into next year. We wanted a winning mentality and I think we won four out of six games which is good form and hopefully the club and the gaffer can entice some players here for next season to help improve us as a squad and we can do a lot better than last year.”

That end of season run included a goal for Pearce in the 3-0 home win against Gillingham. It was one, he explained, that he was desperate to get: “Every season I’ve been a professional I’ve scored so towards the end of season, with my bad injury I thought ‘Oh no I’m not going to score’ and to get it I was delighted and I think everyone saw I from my celebration how pleased I was. Hopefully I’ll get a few more next year.”

After returning from holiday Pearce’s thoughts are fully on preparation for the new season and that one word so confidently delivered: “Promotion”.