Familiar surroundings for new-man Billy Clarke at Ireland base 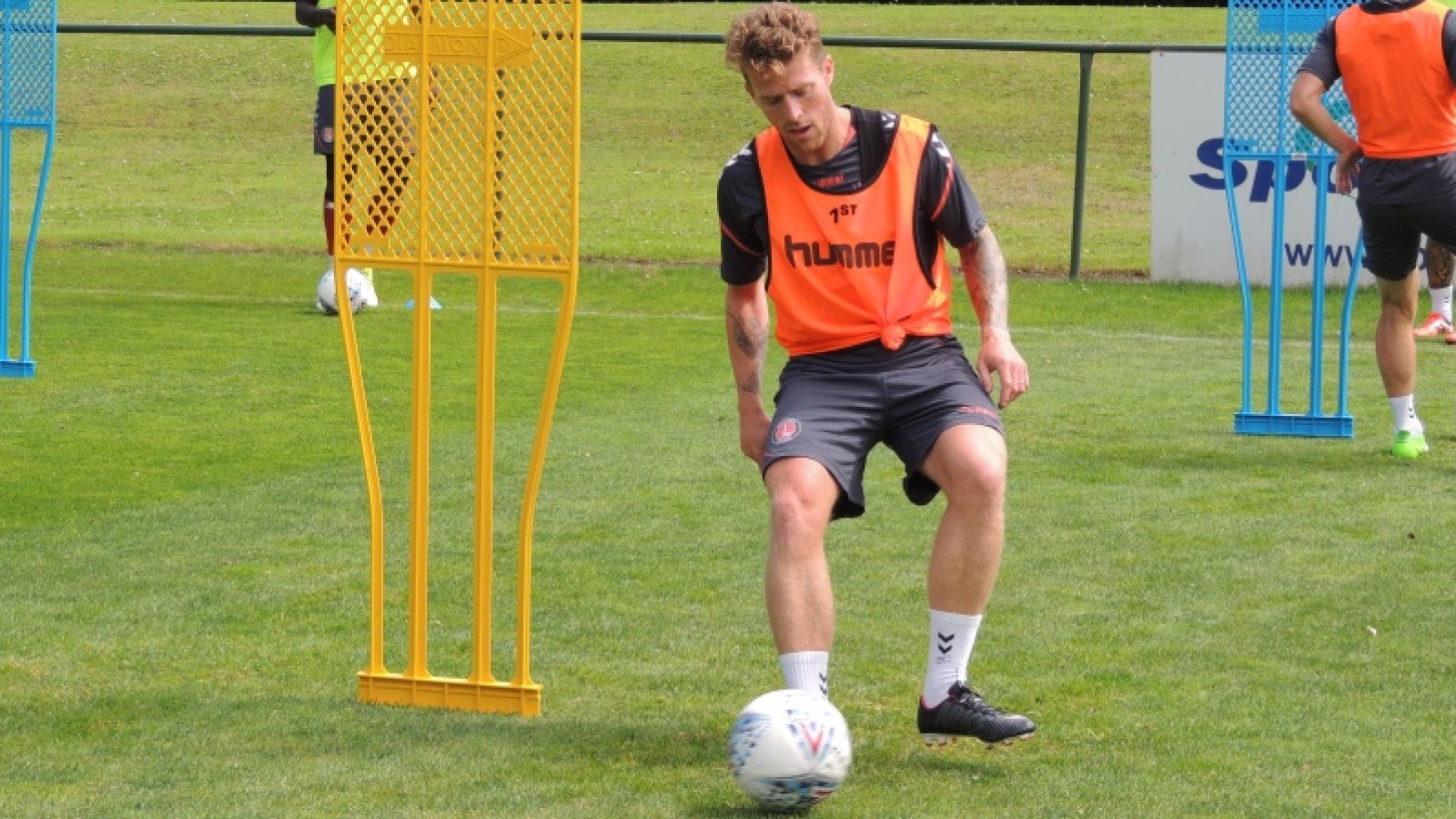 Billy Clarke was just a schoolboy when he first walked through the gates of the training base where Charlton have spent the last week in Ireland.

The then teenage Clarke had just earned his first call-up to the Republic of Ireland U15s squad and his maiden appearance for the Boys in Green proved to be a memorable one.

“We played Northern Ireland, won 1-0 and I scored a header,” he remembered. “I was probably the smallest on the pitch – even smaller than I am now – so it does bring back some good memories.

“All my training that I have done for the Ireland teams has been here so it has been really good to reminisce this week.”

The Addicks’ week in Ireland has provided Clarke with an opportunity to bond with his new teammates.

Clarke was the first of three that have joined Charlton so far this summer, coming before Mark Marshall and Tariqe Fosu, and he is pleased to have quickly got himself settled.

He said: “I’ve really enjoyed it. I has been tough for the lads, mentally and physically, with some early mornings and tough training but I have enjoyed integrating into the group. It’s gone really well.

“It’s been good to get to know the lads and break the ice with them. When you’re around people constantly, you get a better understanding of their character.

“It’s been really good, the training has been very intense at the same time and it has been a very good week.”

As well as linking up with his new teammates, Clarke has spent the week training hard in preparation for the new season.

And he is not the only Charlton player to label this week as one of the hardest pre-season weeks he has ever faced.

“It has been one of the toughest,” he said. “All of the lads are dead on their feet at the end of sessions – it has been a very tough 10 days since we have been back in.

“It is all good for team bonding and we have all had to show a bit of heart to get through stuff.

“You might be physically capable but you need to grind through things. It’s been a good test and, as difficult as it is at the time, you feel better for it afterwards.”