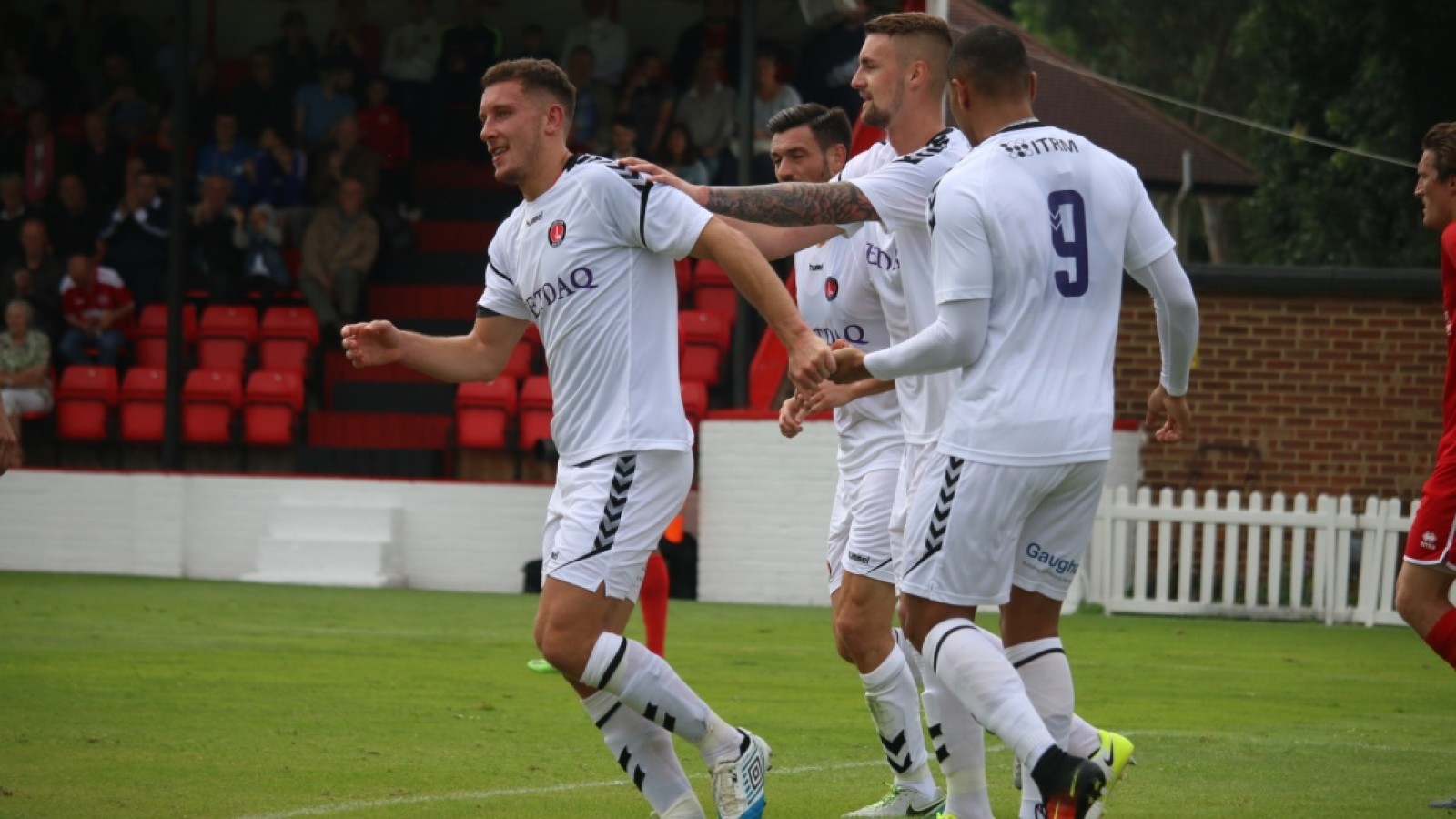 Charlton continued their pre-season campaign with a 3-0 victory over Welling United on Saturday afternoon, with Jason Pearce, Patrick Bauer and Mikhail Kennedy finding the net at Park View Road.

The first of two games in one day for the Addicks, Karl Robinson split his first-team squad, with half of his senior players lining up against the Wings, while the other half were on hand to take on Greenwich Borough down the road for the evening kick-off.

It took eight minutes for the visitors to carve out the first decent opportunity with Chris Solly swinging at, and missing, his left-footed effort from 10 yards from Karlan Ahearne-Grant’s knockdown, while Josh Magennis dragged a tame shot wide from distance shortly after.

Charlton were on top in the early exchanges and took a deserved lead on the 25-minute mark courtesy of Pearce.

A good Cameron Stewart cross from the right dropped to the edge of the six-yard box where the central defender stood strong to hold off his marker and side-footed a volley into the back of the net.

Robinson was forced into an early sub just before the half-hour mark when Tony Watt limped off with a dead leg, being replaced by youngster George Lapslie, and Welling very nearly drew level moments later but for a fine save by Dillon Phillips to deny Bradley Goldberg’s effort from close range.

At the other end, the Addicks continued to create opportunities with Magennis firing wide of the left upright, just before Lapslie’s header from six yards was kept out and Ahearne-Grant stung the palms of Chris Lewington with a powerful drive from 25 yards.

But it was not long before the visitors had their second. Another fine Stewart cross caused havoc in the Wings penalty box. Bauer’s first header was spectacularly kept out by the keeper, but he could not stop the German’s second as he nodded over the line.

The second period started at a slower pace, with Goldberg testing Phillips with a well-hit free-kick hit straight at him early on, while sub Francis Babalola fired narrowly wide on 65 minutes.

The Addicks made wholesale changes on the 65-minute mark, with members of the U23 squad emerging from the bench for the last 25 minutes of action, while Welling also made a number of subs which, in typical pre-season fashion, disrupted the flow of the game somewhat.

Indeed, there was very little action to report until three minutes from time, when one of those young Charlton subs, Kennedy, extended the lead to 3-0, slotting home one-on-one after being teed up by young trialist Michael Fernandes.