Carter family the first to visit the new club store 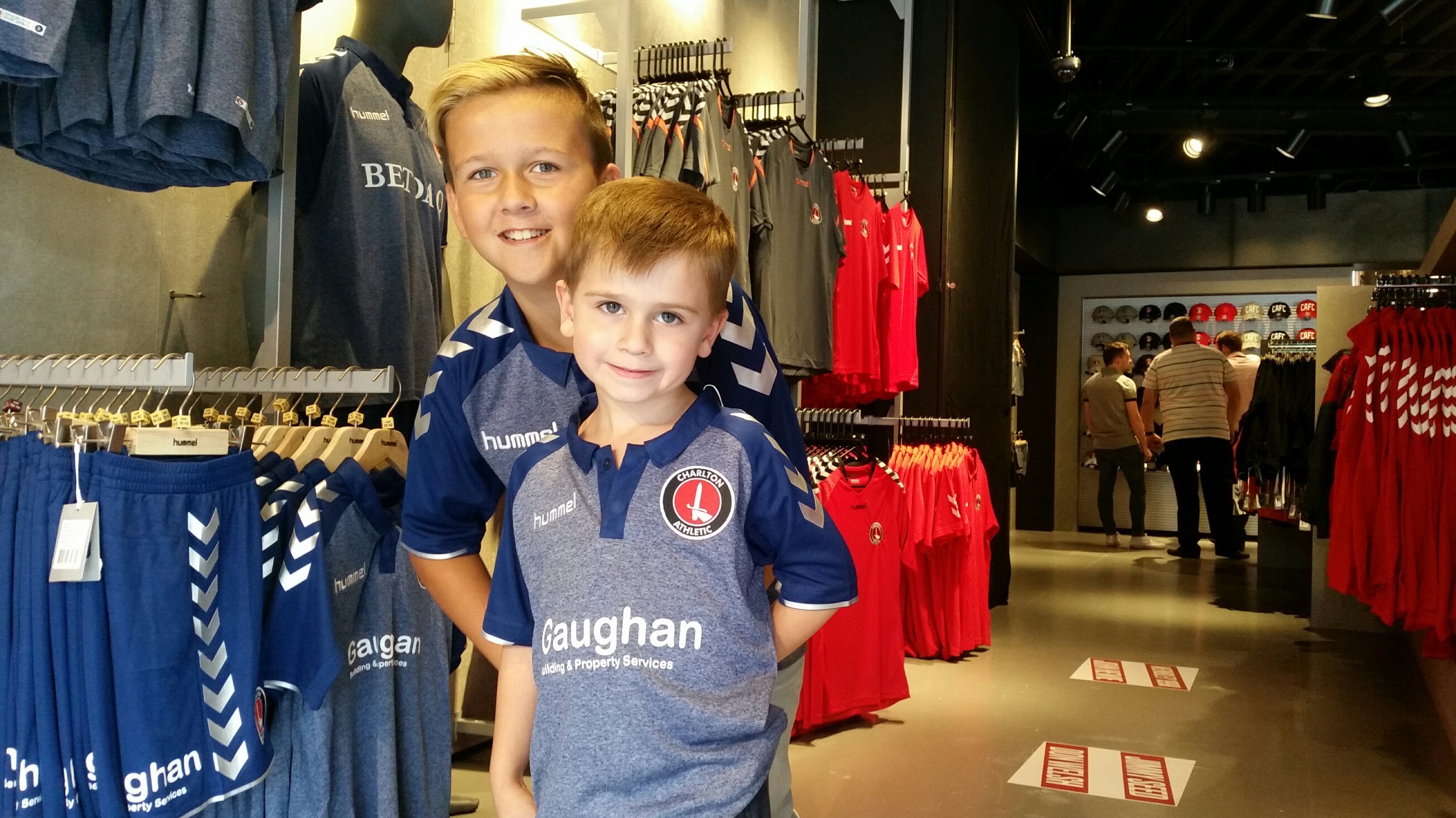 The Carter family from Dartford were the first fans through the door at the new Charlton Athletic Superstore.

The new shop opened today at 12noon and cousins Cody, 11, and Tommy, 5, were two of the first fans to purchase a new Charlton Athletic away shirt.

Their grandmother explained she had four sons and two grandsons who are all Charlton fanatics.

She said: “Tommy only came for the first time last season for a couple of games and he’s not stopped, so that’s why we’ve got him a season ticket.”

“I’ve got a new baby grandson who is only 10 months old and as soon as he’s old enough, he’ll be joining them as well.”

When asked their favourite players, Cody said his is Ricky Holmes, while Tommy firmly stated his is Johnnie Jackson. Their grandfather, Kevin, also purchased a kit and can be seen with his grandchildren in some of the pictures from today.

Charlton superfan Seb Lewis, who has attended 924 consecutive, competitive Charlton games, was also one of the first fans through the door when the shop opened to purchase his new away kit for the season.

He said: “It’s a really nice kit, nice material. The nicest away kit we’ve had for a few years.

“I like both the kits, it’s nice to have our own identity in both. Hummel have done a really nice job with this and hopefully we’ll get a few nice ones in the next few years.

“I think we’ve got a good chance of at least getting to at least the play-offs if we can keep the squad fit.”

The store will be open from 9am right up until kick-off ahead of tomorrow evening’s home friendly against Norwich.

You can visit the new online store here.

Haven’t seen the new store at The Valley yet? You can get a full, video tour of it here.