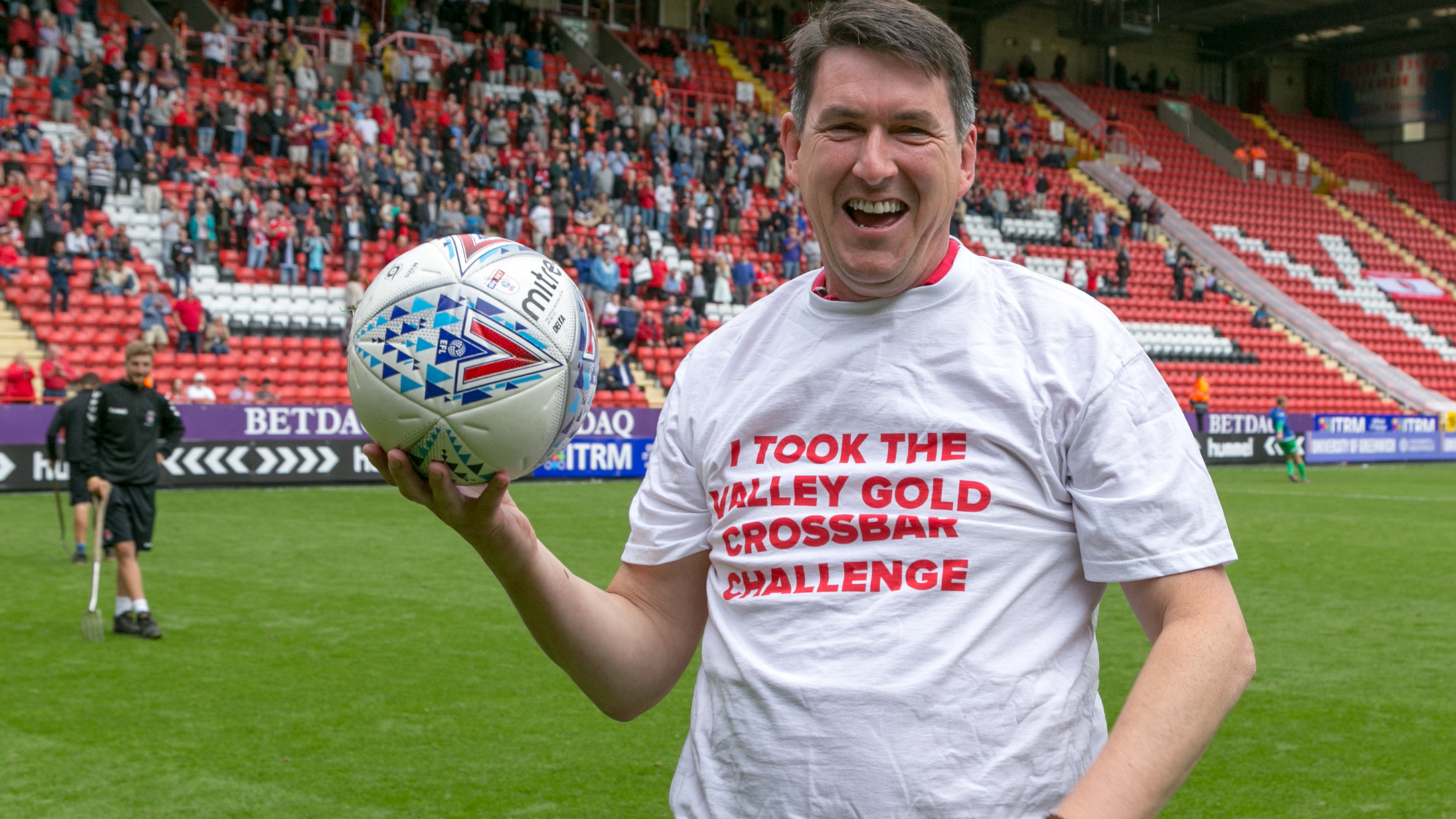 The half-time competition launched in September 2016 and, until the weekend, no fan had managed to strike the bar, meaning that the rollover jackpot had reached the huge five-figure sum.

Earlier in the week, Stuart had been invited to Sparrows Lane to practice with Jason Euell and his U23s squad and his training paid off as his effort from the edge of the D crashed off the underside of the bar to the delight of everyone in the Covered End.

Speaking straight after hitting the bar, an emotional Stuart said: "I don't think I have ever been so stressed in all my life. I can't believe I did it; I'm gobsmacked. I want to thank everyone behind the goal for their support and, of course, Valley Gold, which is a great thing to be part of.

"The lads' help last week clearly paid off but I never thought I would actually hit it on the day. It's just incredible."

The Crossbar Challenge takes place every home, league matchday and its jackpot will reset at £500 on Saturday, August 19th when Charlton host Northampton Town, with it rolling over by £500 ever time it is not hit.

The competition is open to all Valley Gold members, who are automatically entered into the draw to take part, and also supporters that purchase jackpot tickets.

Fans that buy jackpot tickets should write their contact details on the reverse of their unsuccessful jackpot tickets and place them in the Valley Gold letter boxes, which are dotted around The Valley, to enter.