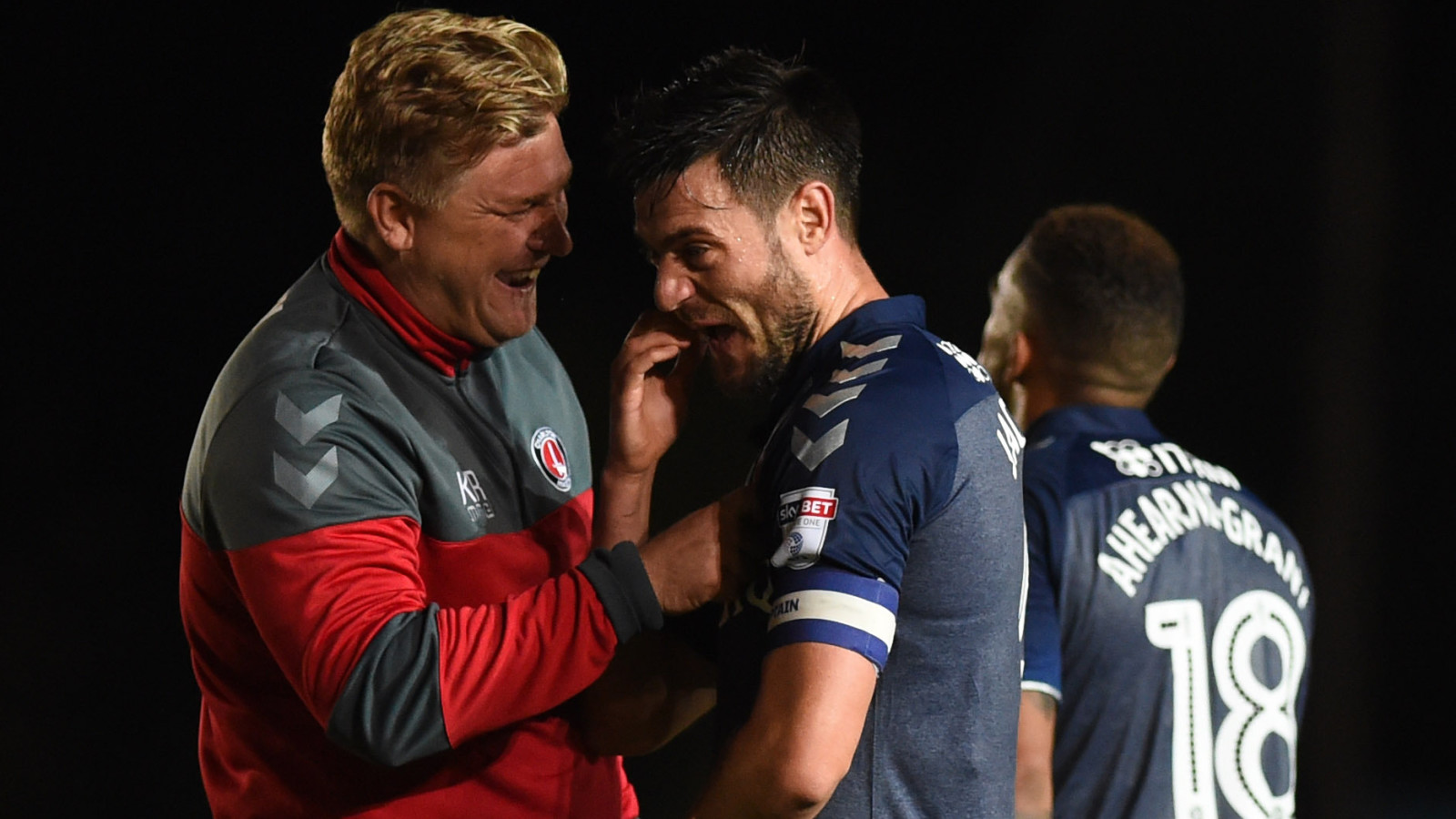 Karl Robinson was quick to praise his young players after a youthful Addicks lineup came from behind to beat Exeter City in the first round of the Carabao Cup at St James Park on Tuesday evening.

Six academy graduates started, including the impressive Anfernee Dijksteel who made his senior debut for the club, while a seventh came off the bench in the form of another debutant, Reeco Hackett-Fairchild.

And the Valley boss was pleased with the way the youngsters came through the match ‘with flying colours’ despite having to battle on with 10 men in the closing stages of the game.

“We had seven academy graduates on the pitch today and some of the play was excellent.

“The players were very, very good. Their attitude was exceptional and, again, our shape was very good.

“But the only disappointing thing was for me was that I thought we should have won the game by three or four in the first half. We missed too many chances.”

“From Dillon, to Ezri, to Anfernee, Joe, Cookie, Karlan and brining on Reeco at the end, it shows that Steve Avory is the best at what he does in the country.

“Games like today, against a very good League Two side in front of a very hostile crowd at times, are a tremendous learning curve for all those young players and they’ve come through it with flying colours.”

Meanwhile, Robinson was less than enamoured with the referee’s decision to show Andrew Crofts with a straight red card late on – the Addicks’ second dismissal in as many games.

Indeed, with replays showing that the decision was a harsh one, he revealed his frustration

“The referee was poor,” said Robinson.

“The tackle on Saturday wasn’t a sending off and this one was disgusting. The assistant, who was stood next to me, gave it. Crofty went to ground, the lad has seen him, turned his left leg and backed into him. How is that a red card?

“I tell my players to play the right way and it looks like a lack of discipline on me. It’s good old-fashioned tackling. I didn’t even think it was a booking.

“Going down to 10 men every week is a new tactic. Maybe it will catch on!”

You can see Karl Robinson’s post-match interview in full on Valley Pass in due course.