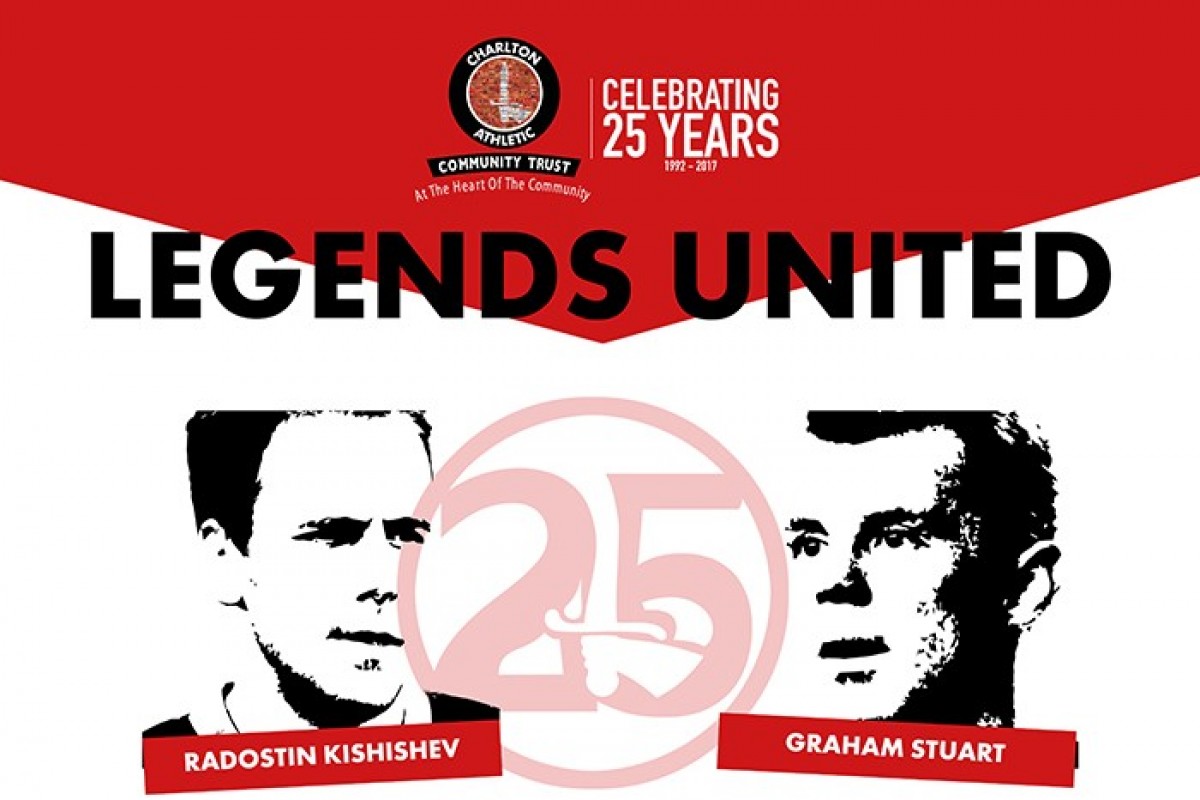 Both long-standing members of the squad in Charlton’s recent Premier League years, the 25th Anniversary committee are excited to announce that Radostin Kishishev and Graham Stuart will be joining the 25 former players already confirmed.

A former Bulgarian international, Kishishev, is one of the highest-capped players for his national team, and was a well-loved Charlton player with 167 appearances for the Club.

Keith Peacock, Charlton Legend and 25th Anniversary Committee member, said: “Kish became a key team-player, covering more yards during most games than any other player I’ve worked with. He is a special character who has a great sense of humour.”

Graham Stuart had a long career in the Premier League, including 152 appearances for Charlton.

Keith said: “Graham scored many crucial goals and was the all-round forward player. He was very popular and known as ‘diamond’ (as in ‘diamond geezer’) by his teammates.”

The game is taking place on Sunday 17 September, and is part of a series of events organised by the Committee to celebrate the return to The Valley and the start of the community scheme that grew into Charlton Athletic Community Trust.