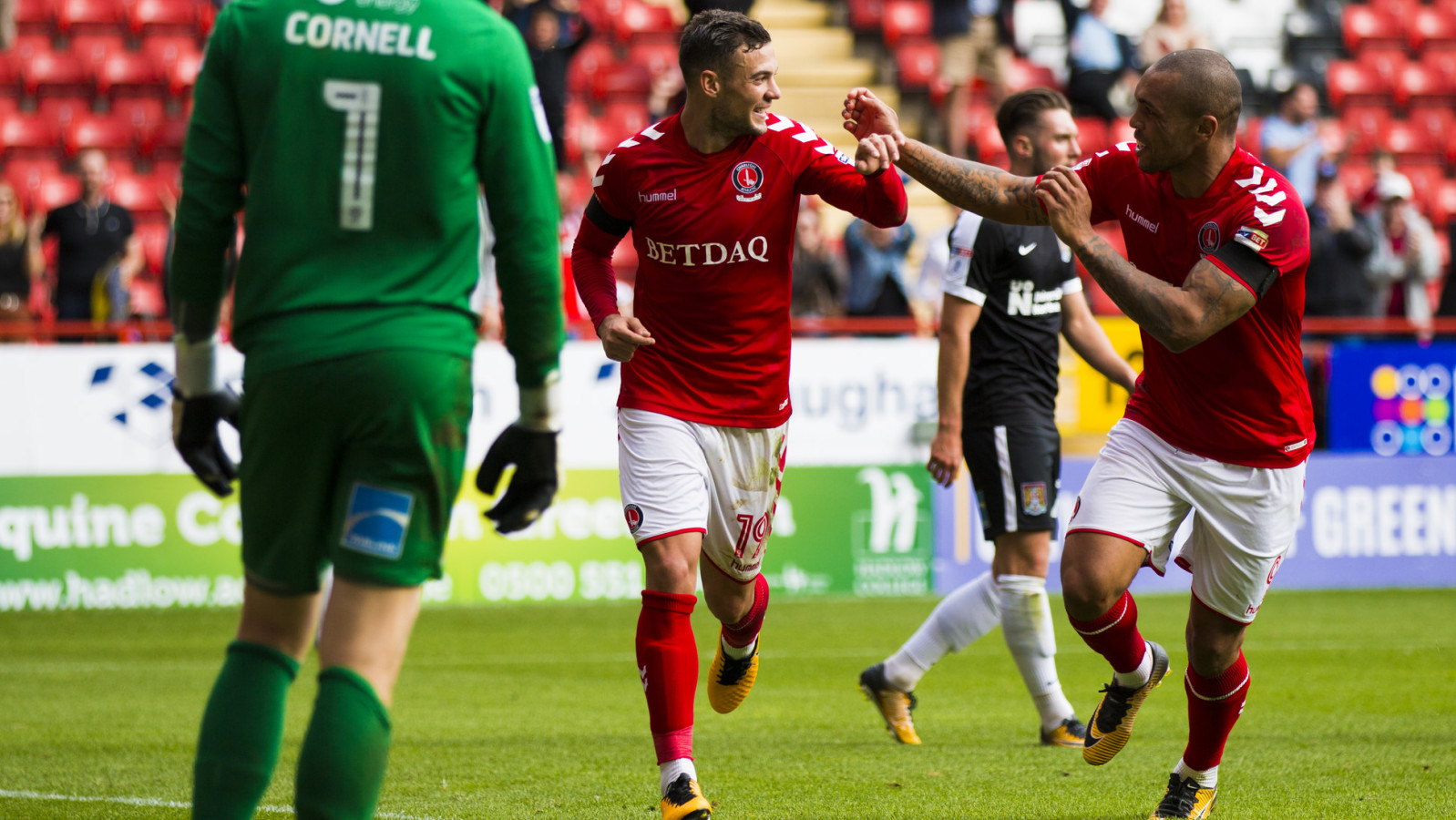 Jake Forster-Caskey says that Charlton’s players are relishing every match they play at The Valley, and that the club’s supporters are proving vital to it.

The Addicks have won their last five competitive matches in SE7 – three of them by three-goal margins - with Forster-Caskey finding the net four times during that period.

And after netting a spectacular, stoppage-time double against Northampton Town on Saturday, he insists that he and his teammates cannot wait for their next Valley outing.

He said: “The fans have been brilliant, they travel up and down the country and particularly here their support has been great.

“Everyone in the changing room will say that this feels like home at the moment because we are performing really well and, when the fans are behind you, you can run that little bit further.

“Hopefully they can keep supporting us and hopefully we can do well this year for them. We want to make this place tough for teams to come and take any sort of points off us.

“Northampton are a good side and we scored four goals against them so we’re doing something right.”

Forster-Caskey has formed a solid, early-season partnership with Ahmed Kashi in the middle of midfield and he is loving playing alongside the fit-again Algerian.

“Everyone knows Ahmed’s quality,” he said. “When I came back in the summer, everybody was saying how good he was and I think we’re playing quite well together.

“It’s still quite new - we didn't play loads in pre-season but I feel we’re getting a bit of a partnership now.

“There’s not much more I can say about him - everyone can see his ability to win the ball back and his technique.

“It’s just brilliant. So, hopefully we can keep him fit because he’s been vital in these first few games.”