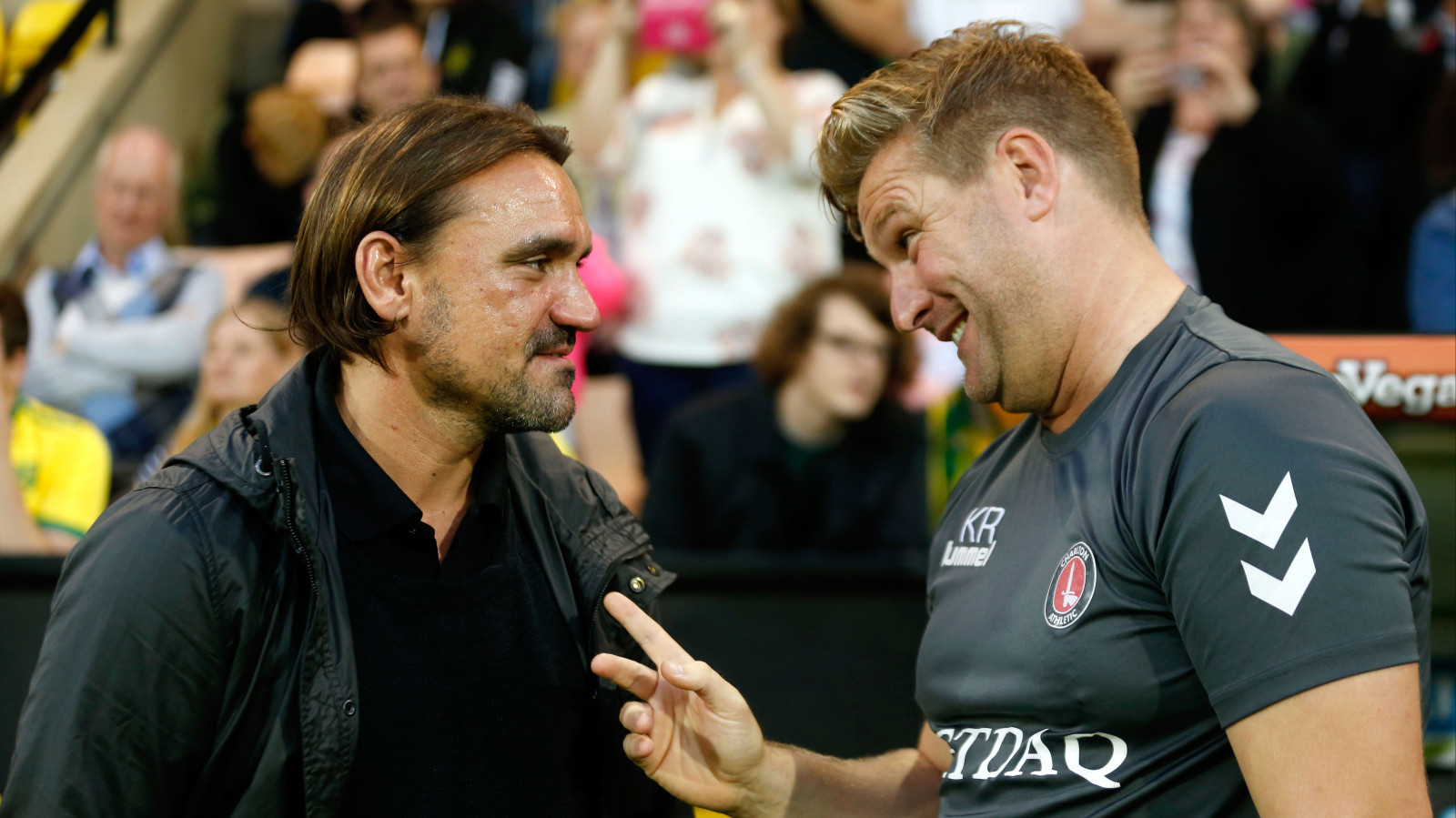 Karl Robinson was satisfied with the experience gained by his young players as a youthful Charlton side were knocked out of the Carabao Cup at the second round stage by Norwich City at Carrow Road on Tuesday evening.

The Addicks named six academy graduates in the starting lineup having made nine changes to the side which beat Northampton Town at The Valley on Saturday and held their own for long periods of a game in which they took the lead through Lee Novak’s early strike.

But after going into the break level at 1-1, the Canaries scored three more times to round off a somewhat flattering scoreline for the hosts.

Despite the 4-1 result, however, Robinson was proud of the performance put on by his side and cited the match as a vital learning tool in their development.

“The most important thing tonight is that these young players have learned a different side of the game,” he explained.

“It’s ok going to Exeter, popping it about and looking classy and silky. It’s when you come to these places and things don’t quite go for you – how do you respond? Do you go home, watch the DVD and look at what you did, what the person that played against you did and do you bring that into me on Thursday and say ‘gaffer, can we chat about what’s here’? Then we can have a discussion and get it right.

“It’s a tremendous learning curve for them,” continued Robinson.

“It tells us an awful lot about where some of them are at. They’ve played in front of a big crowd against a team that will be competing at the top end of the Championship because of the quality they’ve got.

“I’m pleased that we gave our young players another chance. This is the philosophy, ethos and DNA of Charlton Athletic – that young players should be given an opportunity.”

Meanwhile, the Addicks boss felt that the eventual scoreline did not, perhaps, reflect the efforts shown by the Londoners, saying: “It’s a harsh industry. I think sometimes a 4-1 can be a drubbing and our result on Saturday was a 4-1 game.

“Here today, the two last goals were deflections and they got a bit of luck and their finishing was excellent. But we had a chance at 1-1 when we simply had to score, Josh Magennis had a chance at 2-1 which was better than all the chances that they created, which we didn’t take.”

Supporters will be able to watch Robinson’s post-match interview in full on Valley Pass by clicking here.