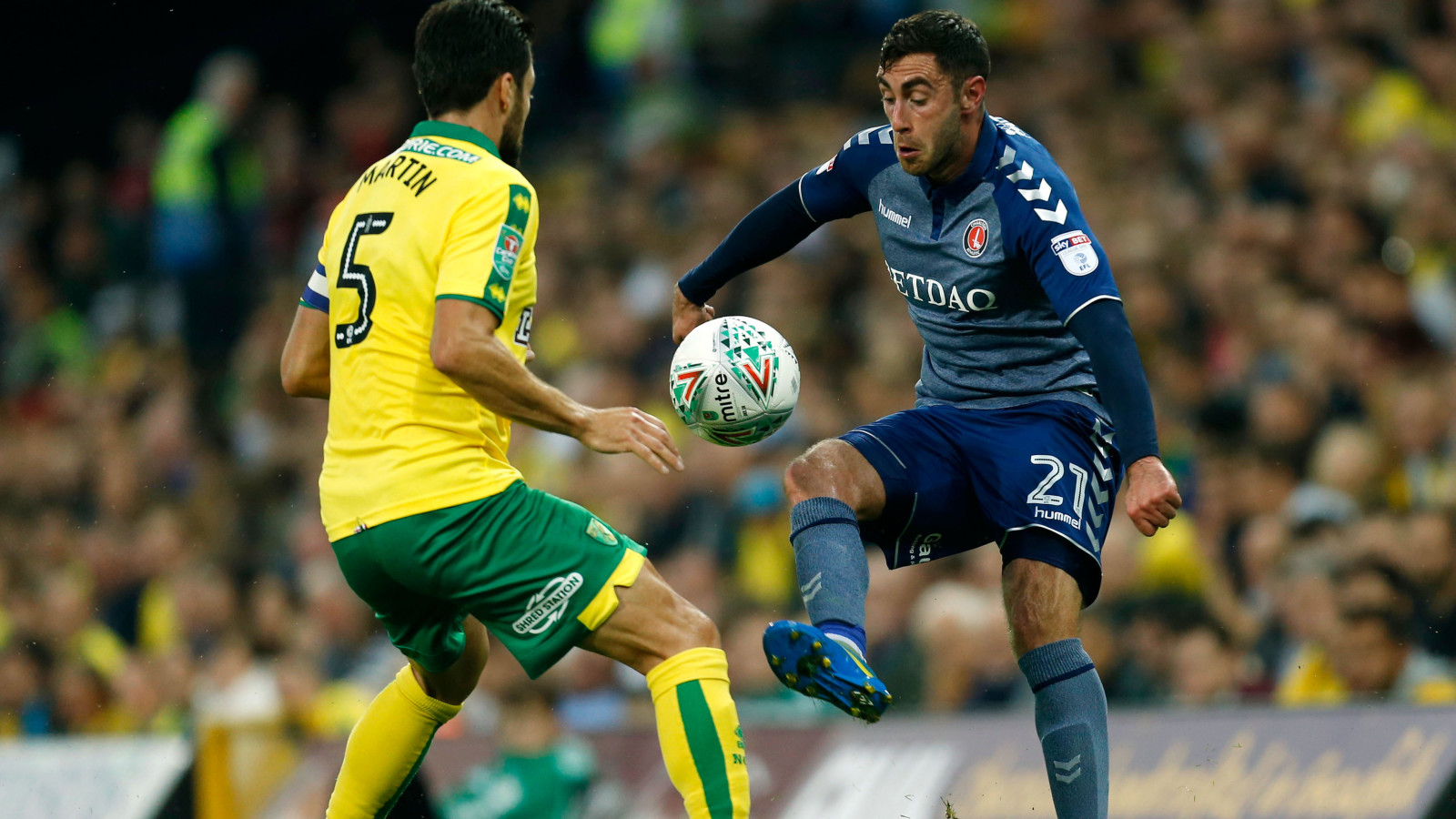 A spirited performance from a much-changed Charlton side was not enough to see them reach the third round of the Carabao Cup on Tuesday evening as they were beaten at Championship club Norwich City.

The Addicks - who included six academy graduates in their starting line-up – made a dream started and went ahead through Lee Novak’s precise strike on five minutes.

Josh Murphy levelled the scores with an equally impressive effort and the winger’s second of the match on 51 minutes handed the hosts the initiative, before Marley Watkins and Tom Trybull completed the scoring late on.

The Addicks will now head to Rotherham United on Saturday looking to get back to winning ways but there is plenty that the south-east Londoners can take from this display against an experienced second-tier outfit.

In terms of team news, Karl Robinson made nine changes from the eleven that started Saturday’s 4-1 win against Northampton Town at The Valley.

Dillon Phillips came in between the posts and a recalled back four of Anfernee Dijksteel, Ezri Konsa, Naby Sarr and captain Johnnie Jackson operated in front of him.

Academy graduates Regan Charles-Cook and Joe Aribo occupied the heart of midfield and ahead of them were Karlan Ahearne-Grant, Billy Clarke and Tariqe Fosu – the latter pair retaining their places from the weekend.

Up front, Novak led the line having completed his three-game suspension and the 28-year-old did not take long to bag his first goal of the season.

The Addicks bossed possession in the early stages and on minute five Fosu threaded the ball through to Novak, who had peeled off his man, and he fired the ball into the top corner of the net.

The Canaries responded by breaking clear with Watkins and Steven Naismith but a combination of Sarr and Konsa saw them snuff out the danger.

A vital inception from centre-back Sarr cut out a dangerous Murphy cross with 11 minutes played and the Norwich man then curled a strike over the bar from 20 yards, as the fast-paced start to the game continued.

The Championship side levelled the scores on 21 minutes and it was the lively Murphy that got the goal. A deep Ivan Pinto cross was nodded down by Watkins and his knock-down fell perfectly for the winger, who rocketed home a first-time strike.

A strong palm from Phillips prevented Murphy from notching his second of the evening shortly afterwards and, at the other end, Fosu was crowded by Marco Stiepermann before he was able to unleash a strike at goal.

Following a 100-mile-an-hour beginning to the tie, the game began to settle, though a big chance for either side would arrive 10 minutes before the break.

First, Phillips stood tall to beat away a powerful shot from James Maddison and the Addicks then should have retaken their lead. Fosu did brilliantly to wriggle away from Stiepermann inside the box but with the goal gaping he hesitated as to whether shoot or cross and, having elected to pass, his ball was too far ahead of his teammates and it rolled behind for a goal-kick.

A fantastic run forward from Ahearne-Grant brought the Addicks an opening on the stroke of half-time but the home defence managed to scramble the ball behind for a corner.

The hosts went in front six minutes into the second period. A loose ball – following a good block from Dijksteel – dropped for Murphy out wide and he came inside before curling home from a tight angle.

The Addicks made a double change on 57 minutes, bringing on Jason Pearce and Josh Magennis, and the latter thumped a low ball across the six-yard box shortly after his introduction that no-one in blue was able to connect with in the middle.

The Northern Irishman came within a whisker of levelling the tie on 72 minutes. An inch-perfect cross from fellow substitute Jay Dasilva picked him out at the far post and he nodded the ball back across and inches wide of the post.

That proved costly as the Canaries made it 3-1 just 60 seconds later. Murphy broke down the left and, after Sarr had blocked his low cross, the loose ball fell for Watkins, who slammed home.

A cracking strike from Magennis almost brought Charlton back into contention five minutes from time but home stopper Michael McGovern threw up an arm to make a superb save.

And Norwich would complete the scoring a minute from time. Pearce blocked a Yanic Wildschut strike and Trybull fired the loose ball past Phillips and into the net.