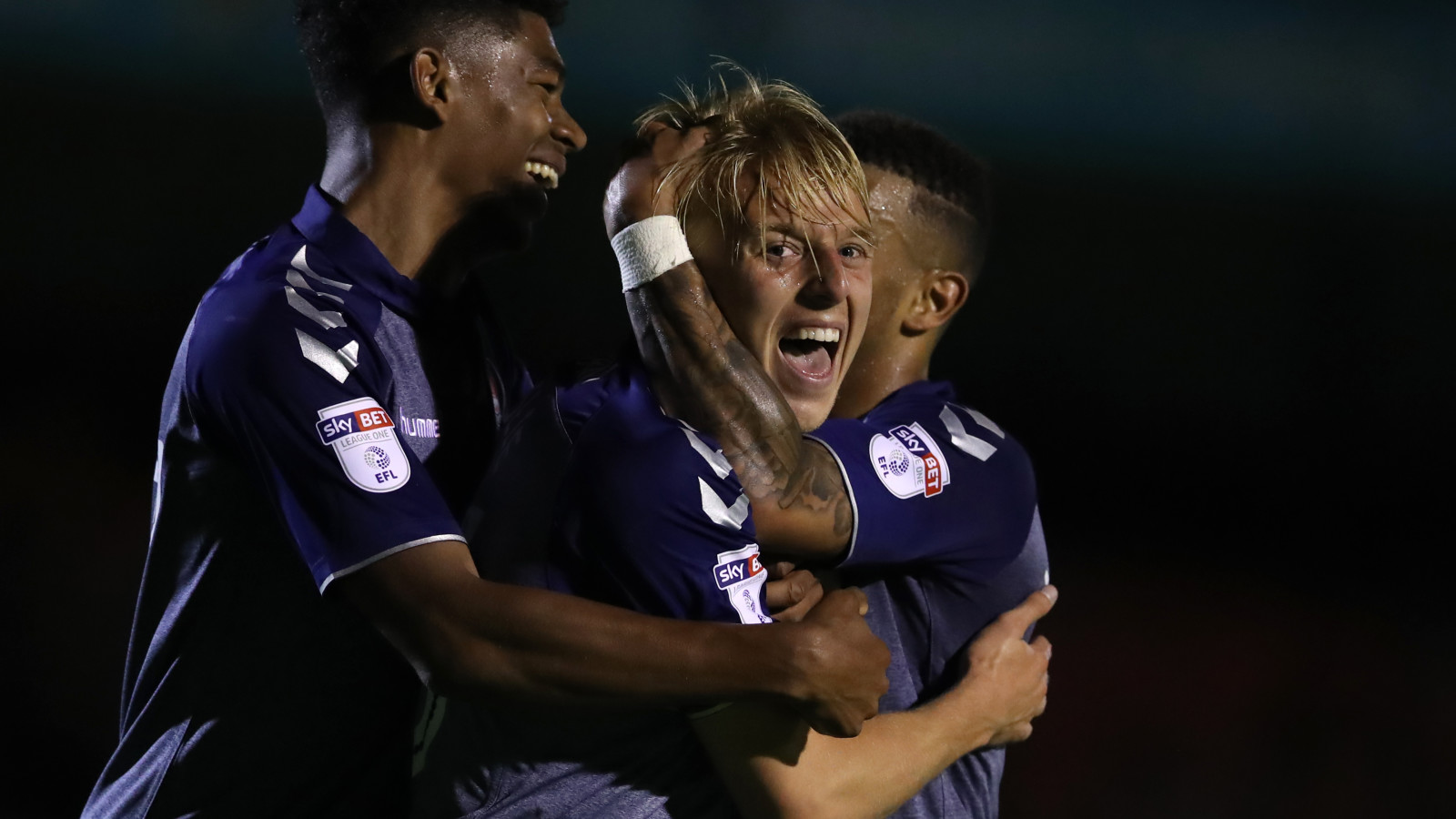 Charlton supporter and academy graduate George Lapslie made his dreams come true last night by scoring on his senior debut against Crawley Town in the Checkatrade Trophy.

Shortly after being introduced from the bench, he latched onto a flick-on from Reeco Hackett-Fairchild and raced clear before poking the ball into the net via the inside of the post.

The goal secured the Addicks a 2-0 victory in Group A and afterwards the teenager – who has been on Charlton’s books since age 11 – could not stop smiling.

“When the Manager told me I was coming on, it was pure excitement. Some nerves came into it but, on the whole, it was just excitement.

“I’ve grown up watching this team and to finally get my name on the back of the shirt and get out onto the pitch, I was absolutely buzzing.”

On his goal, he added: “It fell nicely for me - it was almost like it was meant to be - and I managed to put it in the corner. It was nerve wracking and I had to take double check that I had actually scored but I was buzzing when it went in.”

Lapslie was thrilled to have got his chance at senior level and he was even happier to have repaid Karl Robinson’s faith in him.

He said: “This is a great trophy for us young lads – the gaffer has said that he’ll give us our chance in these trophy games and as a young player that is all you can ask for.

“We’re buzzing to have got our chance and hopefully we repaid the gaffer’s trust in us.”

Tuesday night was also a landmark evening for academy graduate Taylor Maloney, who was also handed his first-team bow off the bench.

And he was just as pleased to have made the step up to senior level.

He said: “I’m really happy to have come on and made my debut and for George to get his goal. When you get a little taste, you just want more and more, so fingers crossed we can get another chance soon.

“It has come soon but all of the boys know that there is a pathway here and that you will get your chance if you are doing well. Steve Avory looks after us and we know we’ll get a chance if we are performing in the academy.”

Everyone can take pride in Crawley win, says Karl Robinson