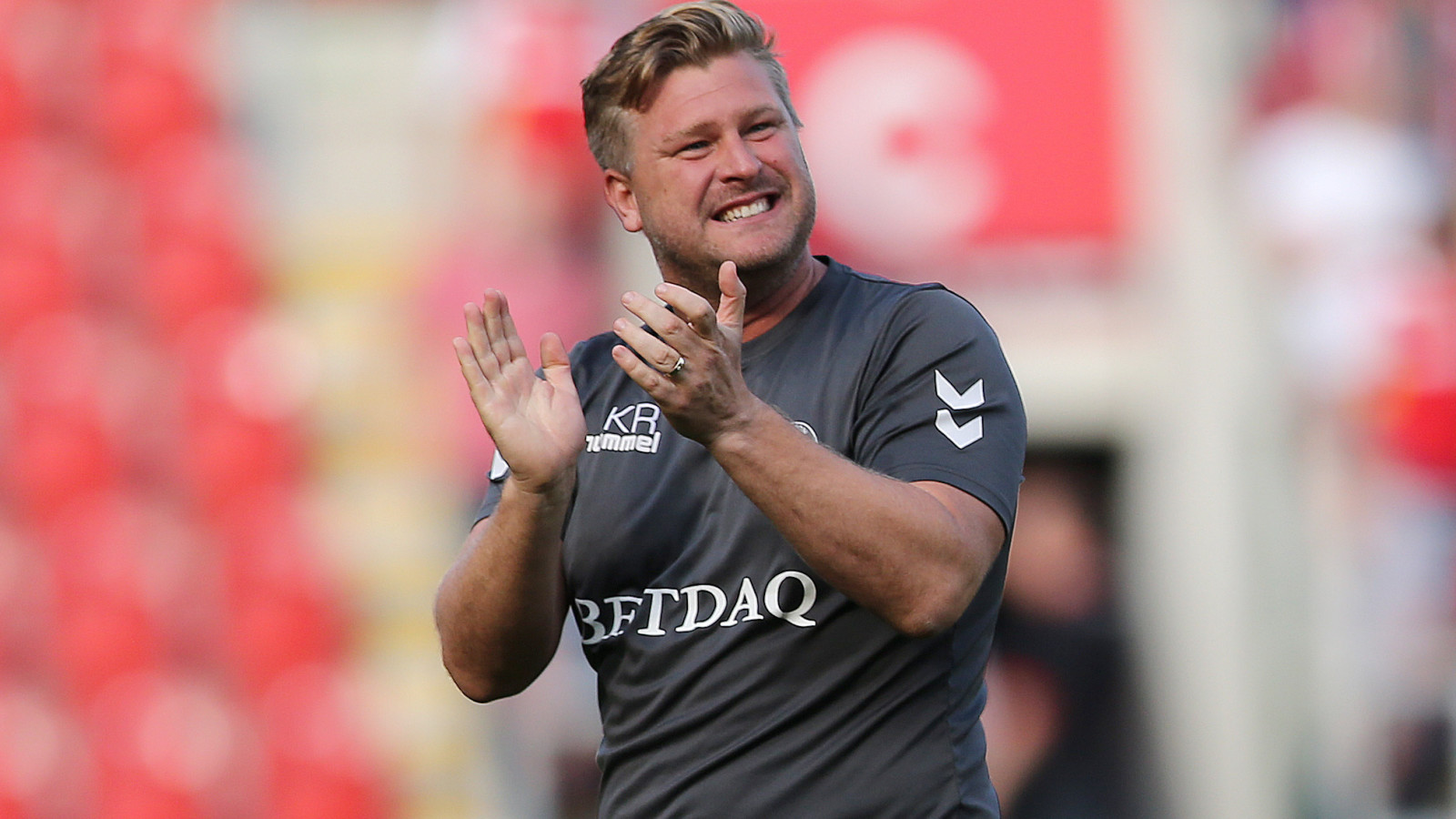 Karl Robinson sat down with the local media on Friday morning to look ahead to Saturday’s match at Oldham Athletic.

The Manager was asked about what kind of challenge he expects the Latics to pose as well as his thoughts on transfer deadline day.

“They’ve made some good signings. They brought in four on deadline day and another young player before their last game on Tuesday. Looking at their last three games, four changes have been made in most of them and in every game three different systems have been played.

“Trying to predict what they will do is difficult. We’re not 100 per cent sure what system they will play and with their new players it adds a bit more unpredictability.

“There will be a newness and freshness about them and John Sheridan is a really good manager and someone I have a lot of respect for. We know that we are going to have to be at our best at every stage of the game.

“Just because Oldham haven’t got any points yet it does not mean that the game is going to be any easier. If you don’t respect your opposition then a defeat will come very quickly.”

“He covered something like 8km in 54 minutes, most players over 90 minutes cover eight to 12, so it just shows you he is a real high energy player and he was really tired and stiff for the next couple of days. He hasn’t trained since the game.

“I watched the Crawley game back and when you see the goal, it’s what you see in Ben Reeves and it’s why I really like him.

“He had no space on the edge of the box, and probably had two or three yards with very little back lift - it was power and precision in relation to his ball striking - and that’s what he brings.

“Sometimes you need that when your fluidity is not quite there - a little bit of magic from somebody, out of nothing. He’s a little magician in some ways.”

The decision to allow Lee Novak to leave

“It’s like everything the boy tried has not worked out. I know him as a person, he’s a real nice lad, someone who I've got a lot of respect and time for.

“At this stage in his career, he wanted to be the starting number nine week in, week out and that wasn't going to be the case here, Josh Magennis is.”

“Lee was quite clear about the reason he wanted to move and I felt it was the right thing for the club.

“It moves him and his family closer to home; I’ll never go into detail but I have a lot of respect for how Lee conducted himself yesterday.”

“Joe is certainly someone who is quick. He’s unpredictable, young, energetic, his goal record needs to improve but we feel that we can coach and aid that.

“Since he went to Rangers, he has not played much as a number nine, which is the position he wants to play in and the position I want to play him in.

“I’ve spoken to two or three players that have played with him at Rangers, I’ve spoken to the people that signed him, so four or five individuals. Their references were that “he’s a good’un and someone that not many would have picked out”.

“He can reach those dizzy heights of quality but when you get that quality there are peaks and troughs because he is so young.

“I like the fact that he can play in one or two different positions and he is one that we – myself, Lee and Jacko - want to make better.”