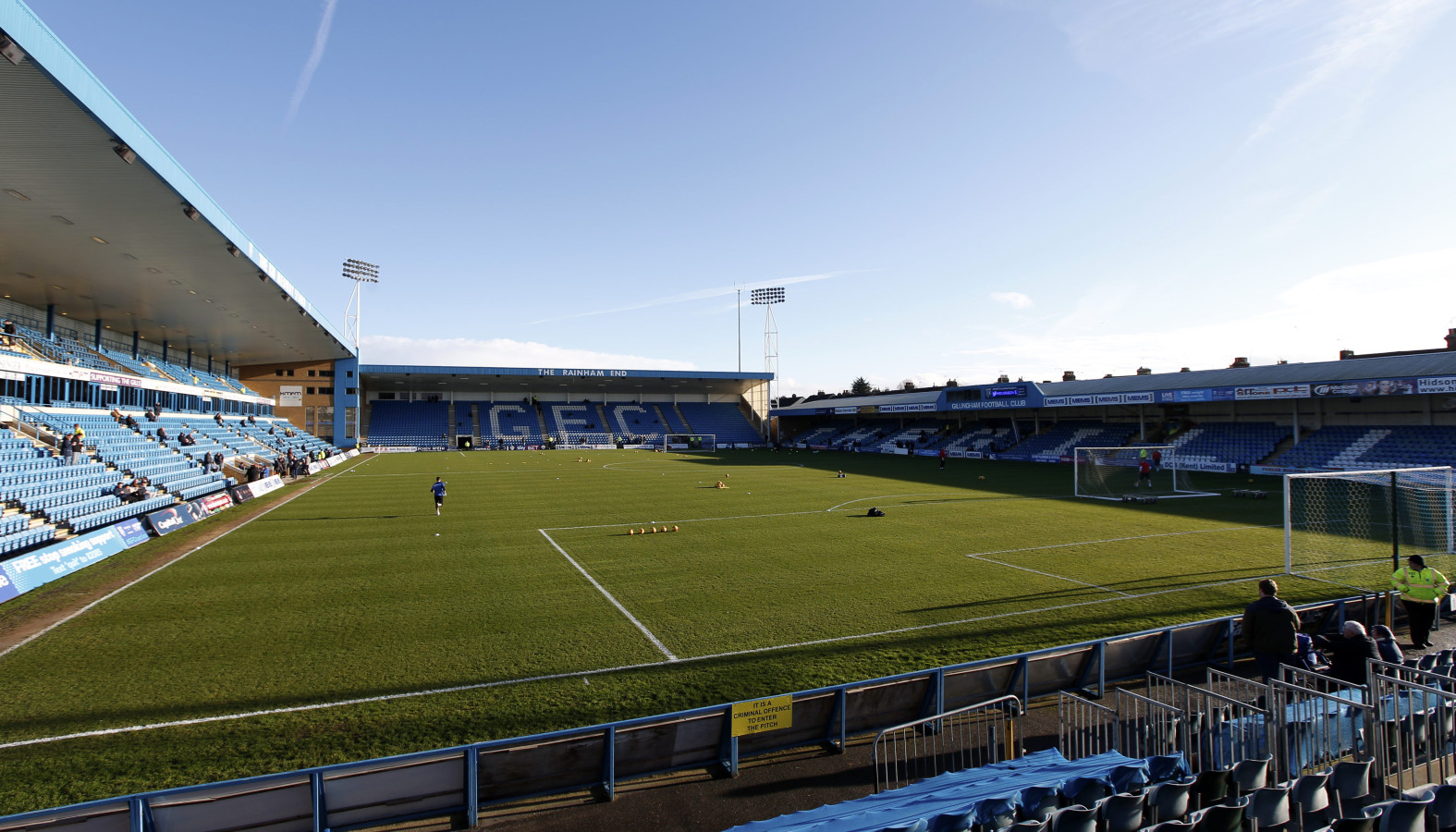 All away tickets are sold out, with 2,359 fans set to back the Addicks at the Priestfield Stadium on Saturday.

We will be housed, as usual, in the permanently-temporary structure behind the goal, named the Brian Moore stand. It’s open-air seating, on scaffolding, which, with our big crowd will no doubt feel a bit rickety.

The view is pretty good in all fairness - certainly no obstructions - but it has been known to be a bit of a free-for-all with stewards taking varied opinions of whether or not you sit in your designated seat, so be prepared for that.

You enter via one of four staircases, which in turn take you about half way up the structure. The turnstiles themselves on Priestfield Road are also a bit awkward in that you queue literally in the road itself and it can get a bit congested, so allow a bit more time than usual.

The area behind the stand is open air too, although has a bit more room than you would anticipate. The refreshment outlets are pretty much what you would expect.

The toilets are covered though, but in all seriousness there isn't a great deal of shelter, so pack the waterproof just in case.

One other word to the wise, post-match last season we were diverted slightly from the direct route back to the station/town centre, not too much of a deviation but something that could happen again.

The food in the ground is no different from most places but fills a hole if needs must. A relatively short walk away on Nelson Road is a lovely chippy, while the town centre is not far away at all and along with the usual suspects, there are a couple of nice cafes and a great kebab shop beside the Southern Belle pub.

The Fleur de Lis is the only pub in Gillingham which will be open to Charlton fans. In all fairness, there will no doubt be plenty of people with local knowledge present, if you are making a day of it, Rochester is apparently not a bad place at all.

If coming by car, then getting parked up can be difficult. The Post Code is ME7 4DD for the ground itself, but street parking in the immediate vicinity is a bit of a no-no.

There are a couple of reasonably-sized car parks, one beside the railway station (although again bear in mind pedestrian diversions) and one round the back of the High Street. If you do see a space on a nearby street, check the lamp posts.

The railway station is only about 10 minutes away from the ground. The good news is that there do not appear to be any engineering works so there are a couple of alternatives if travelling eastwards, either the Woolwich line from Charing Cross which stops at Dartford so can be picked up easily enough - there are two per hour.

Alternatively, trains from London Victoria run via Bromley South and there are 4 per hour, this is a slightly quicker train.

Quite a simple walk from Gillingham station, just turn left at the exit then immediately left again onto Balmoral Road. Keep going to the main road with a level crossing to the left, cross over onto Priestfield Road and there you are.