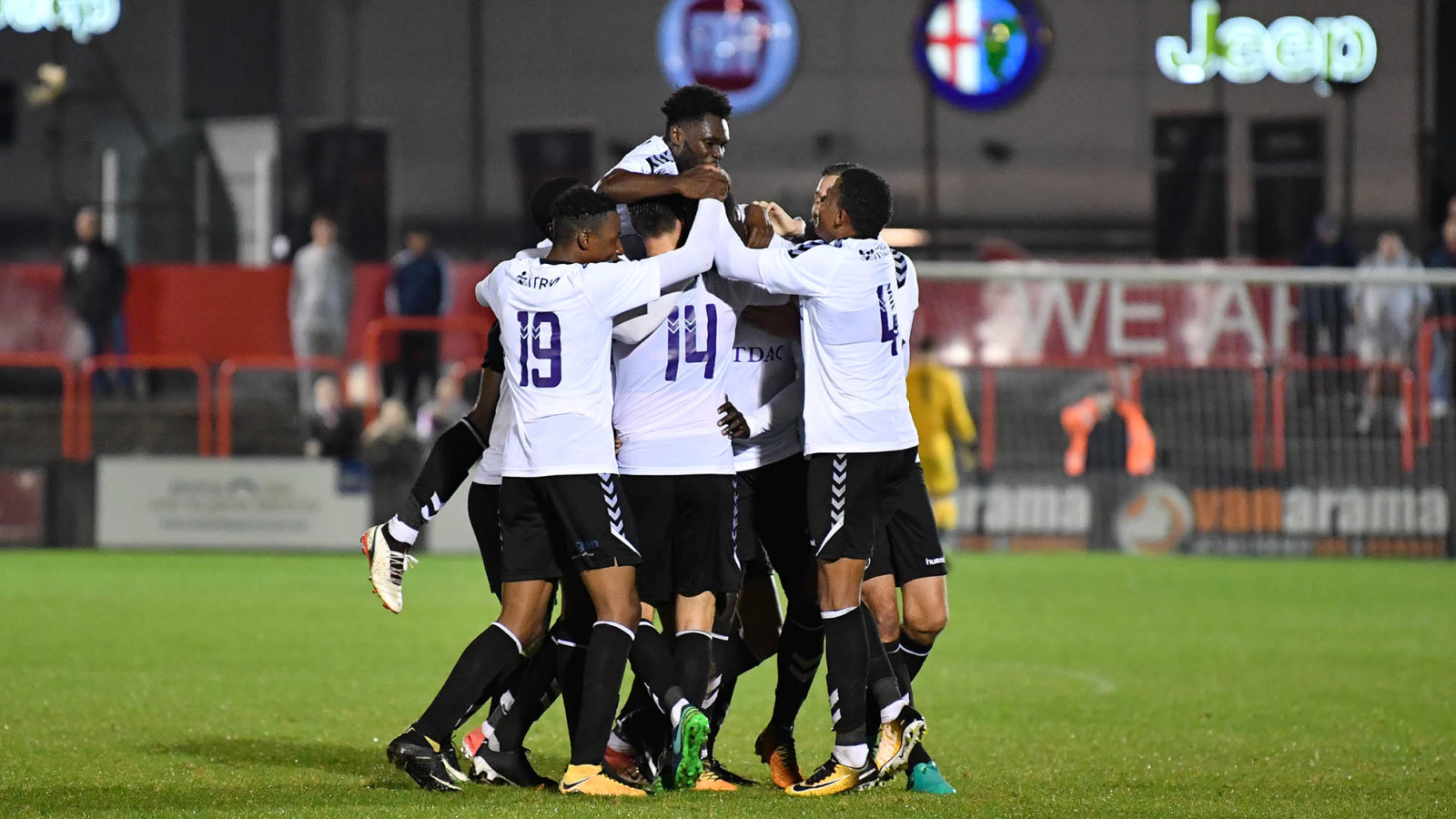 Charlton booked their place in the quarter-finals of the Kent Senior Cup with a 1-0 victory over Welling United at Park View Road on Wednesday evening.

The Addicks were made to work hard for their victory against a resilient Wings side, who played for most of the second half with 10 men, and it took an injury-time winner from the unlikely source of a Naby Sarr strike from distance to secure a safe passage into the last eight.

Jason Euell named a strong starting XI with first-teamers Dillon Phillips, Johnnie Jackson, Sarr, Ezri Konsa, Karlan Ahearne-Grant and Joe Aribo getting vital minutes under their belt, while there was also a place on the bench for former Addick Roger Johnson, who was given permission to play in the cup clash in order to help his return to fitness after suffering a serious injury whilst with the club last season.

Five minutes were on the clock when the first chance fell to the visitors. Ahearne-Grant’s cross from the right was met by Aribo on the volley, but he could only direct his effort wide.

Charlton came closer still on 22 minutes when Ahearne-Grant sped into the box, leaving the Wings’ defence for dust before unleashing his shot which came back off the right-hand post.

The hosts came close at the other end shortly after with Christie Pattison turning well in the box and firing just over the crossbar and Phillips was called into action to make a superb save, tipping Sean Francis’ header over from a corner.

After a fairly even first period, Welling gave themselves an uphill struggle when they were reduced to 10 men just three minutes into the restart. Jack Jebb mis-controlled the ball on the edge of his own box and was dispossessed by Matt Carter before pulling the Addicks midfielder back. As the last man, the referee was given no option but to reach into his pocket and produce a red card.

Ahearne-Grant stung the palms of keeper Dillon Barnes from the resulting free-kick, while Jackson missed the target with a free header from the corner that followed.

That was followed by 40 minutes or so of very little note until injury time when Sarr grabbed the winner for Charlton.

The centre-back picked up possession 22 yards from goal and placed a sweet finish into the bottom left-hand corner to ensure his side’s place in the next round of the competition.