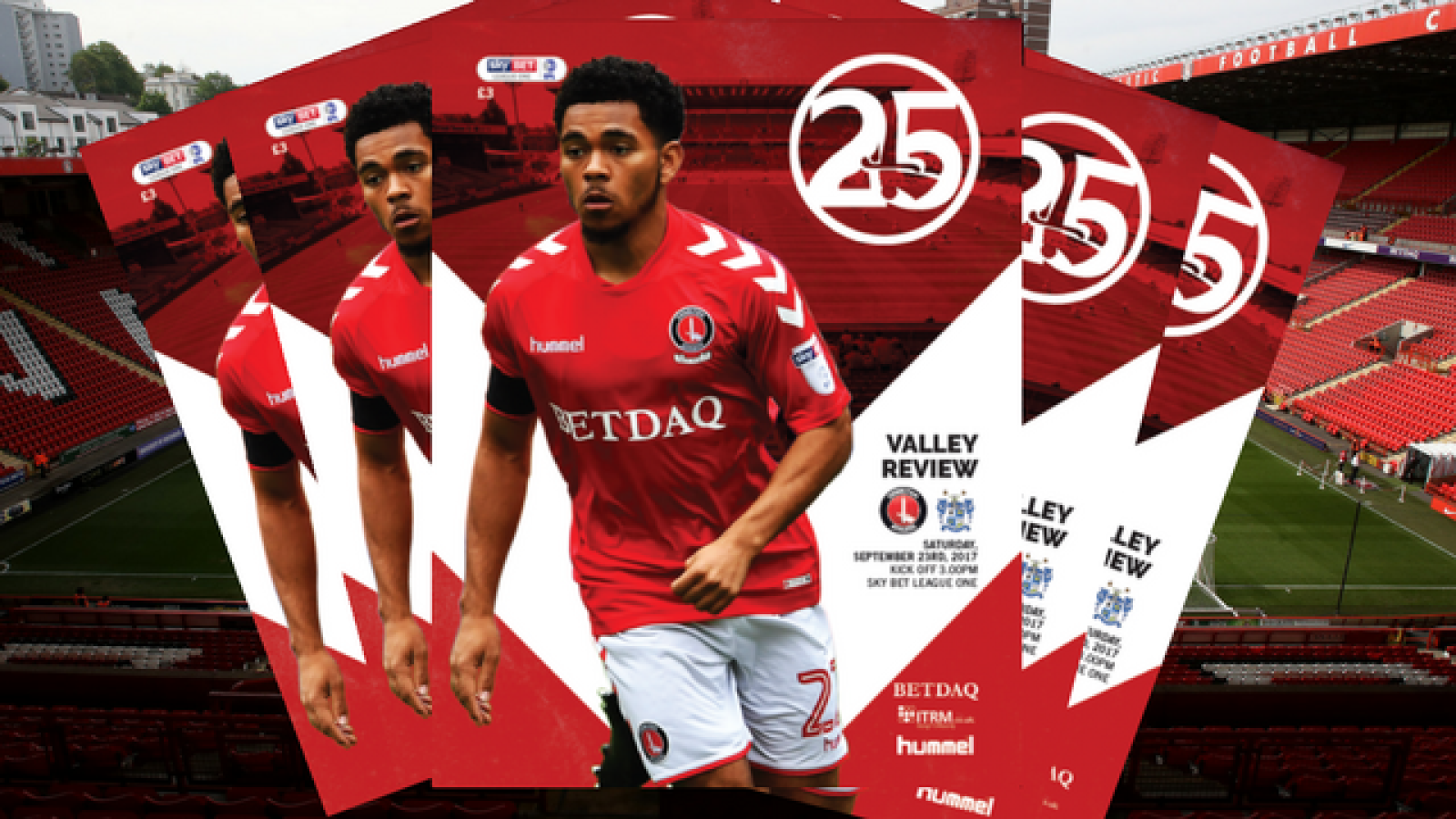 Jay Dasilva is the cover star for Saturday’s official matchday programme when Bury visit The Valley.

The 19-year-old Chelsea loanee sat down for a feature interview in which he discusses his patient wait for a run in the side, his success in the youth ranks for club and country and coming through the ranks alongside his two younger brothers, as well as explaining why his short stature can work to his advantage on the pitch.

Dasilva also reveals a bit more about himself in the ‘100 to One’ feature, including a guilty pleasure and which three people would be his ideal dinner guests.

Elsewhere, Karl Robinson pens his latest Manager’s notes, in which he reflects on the disappointment of last week, while the Back at The Valley features continue to look back at the best moments in SE7 over the last 25 years.

The latest issue remembers the 5-4 victory over Cardiff City in 2012, while Radostin Kishishev is the next featured player in Valley Heroes.

Meanwhile, there is plenty of photos from last weekend’s memorable Legends United match and we hear from Clive Mendonca as he reacts on his long-awaited return to SE7.

All the latest academy action is rounded up with reports from both the U18s’ and U23s’ most recent matches and there is a summary of the Women’s team’s latest victory, while Dasilva features as the pullout poster.

Valley Review subscriptions are available for the 2017/18 season with every issue being delivered to your door. Email lewis.uphill@cafc.co.uk or call the Ticket Office on 03330 14 44 44 for more information.