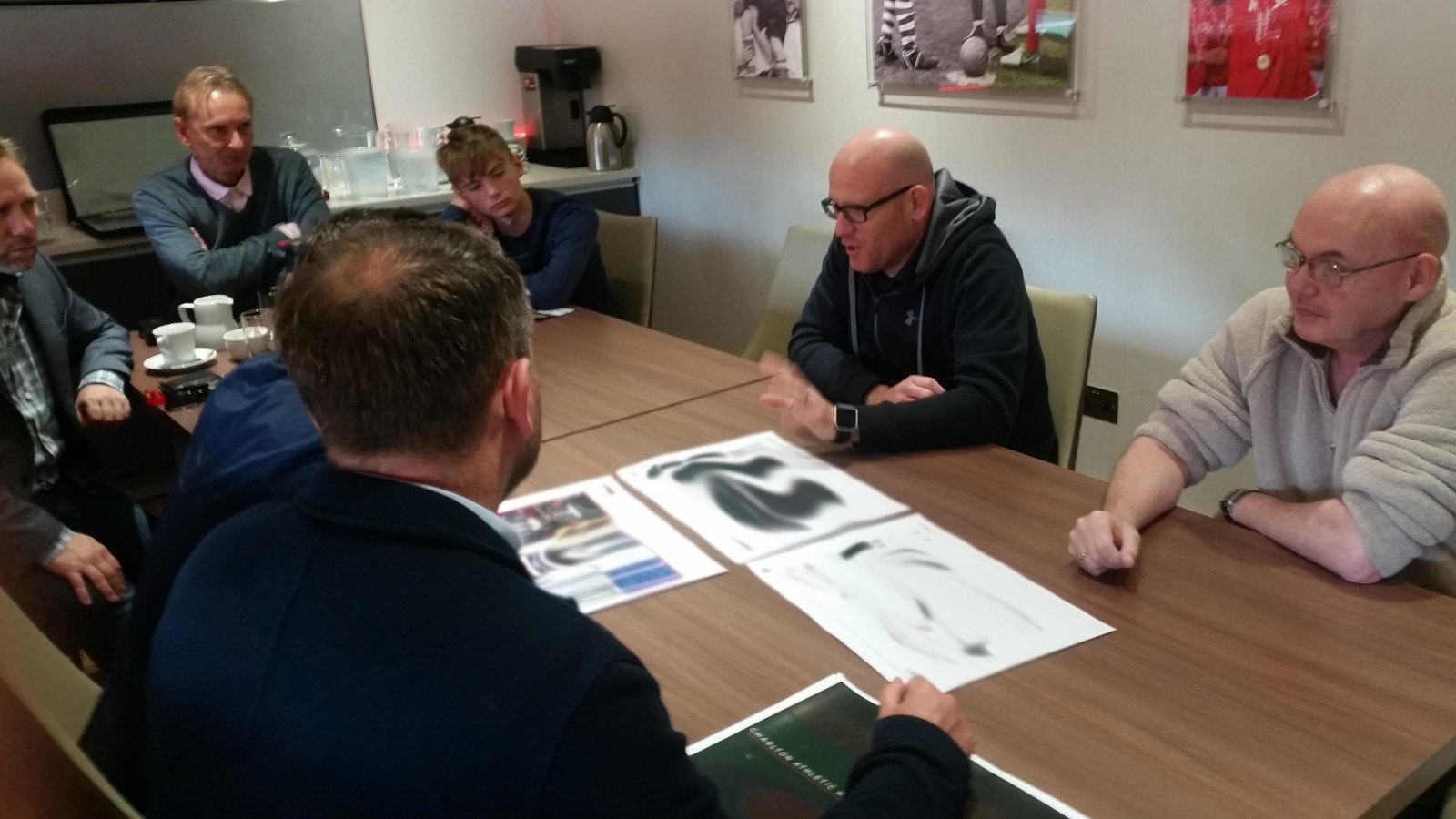 Charlton Athletic fans young and old had the opportunity to have their say on the club’s kits for next season at a series of consultations, ahead of Sunday’s Legends United game.

The club’s kit supplier hummel, spent time with representatives of Charlton fan groups, the Charlton Athletic Museum, competition winners, a select group of Young Reds who had designed their own Charlton kit and the man with 3,000 shirts, Paul Slater, to get their feedback on the very initial draft kits for next season.

Maidstone & Weald Supporter’s Group representative Mike Tynan said: “hummel have really bought in to the old style kits. In having dialogue with supporters, it was a really good thing to do and a nice thing to do year on year. I really enjoyed doing it, I’ve always had the kits from a young age and I think they’ve [hummel] bought in to what we’re about.

“Doing things like this engages the fans. We’re helping create the workwear that our team will wear next season. We can go out and we can actively say, although a small group that have done it, ‘we’ve had a hand in that’. That’s quite a special feeling and, being a Charlton fan from a lad, even doing something like that excited me.

“More interaction with the fans is such a great way forward because it shows that the club are listening and that they care. We’re a special club and being able to choose our kit is a great thing to be able to do. It’s been brilliant.”

Head of Product at The Elite Group, Rob Revell, said: “It was really interesting. It was nice to see that the fans had done their research before they came here and they had a lot of good insight on colours and how we can take it not only this season but over the next few seasons to create a legacy. It was very worthwhile.

“Everybody buys the kit from infant kits all the way up to 80-year-olds and above, so it was nice to see the young kids had taken their time to design their own kits.”

Competition winner and season ticket holder Colin Peppiatt said: “I thought they were brilliant. Some of the things that don’t make it should be used as training shirts. The designs are modern but showing the history of the club, so really, really fresh and exciting for next season.

“The designs we have this year are very nice. The home shirt looks great with the sword embossed in and the attention to detail. hummel have been brilliant and I’ve spent too much money in the club shop already.”

Fellow competition winner and season ticket holder Andy Hall said: “I found them (the initial draft kits) unbelievable. All designs, both home and away, I’m very impressed. Modern but incorporating the old kits.”

On the consultation, he added: “It’s very proactive, I’m very impressed. I didn’t know what it involved. For a fan to be involved in what’s happening next year is impressive for the club.”