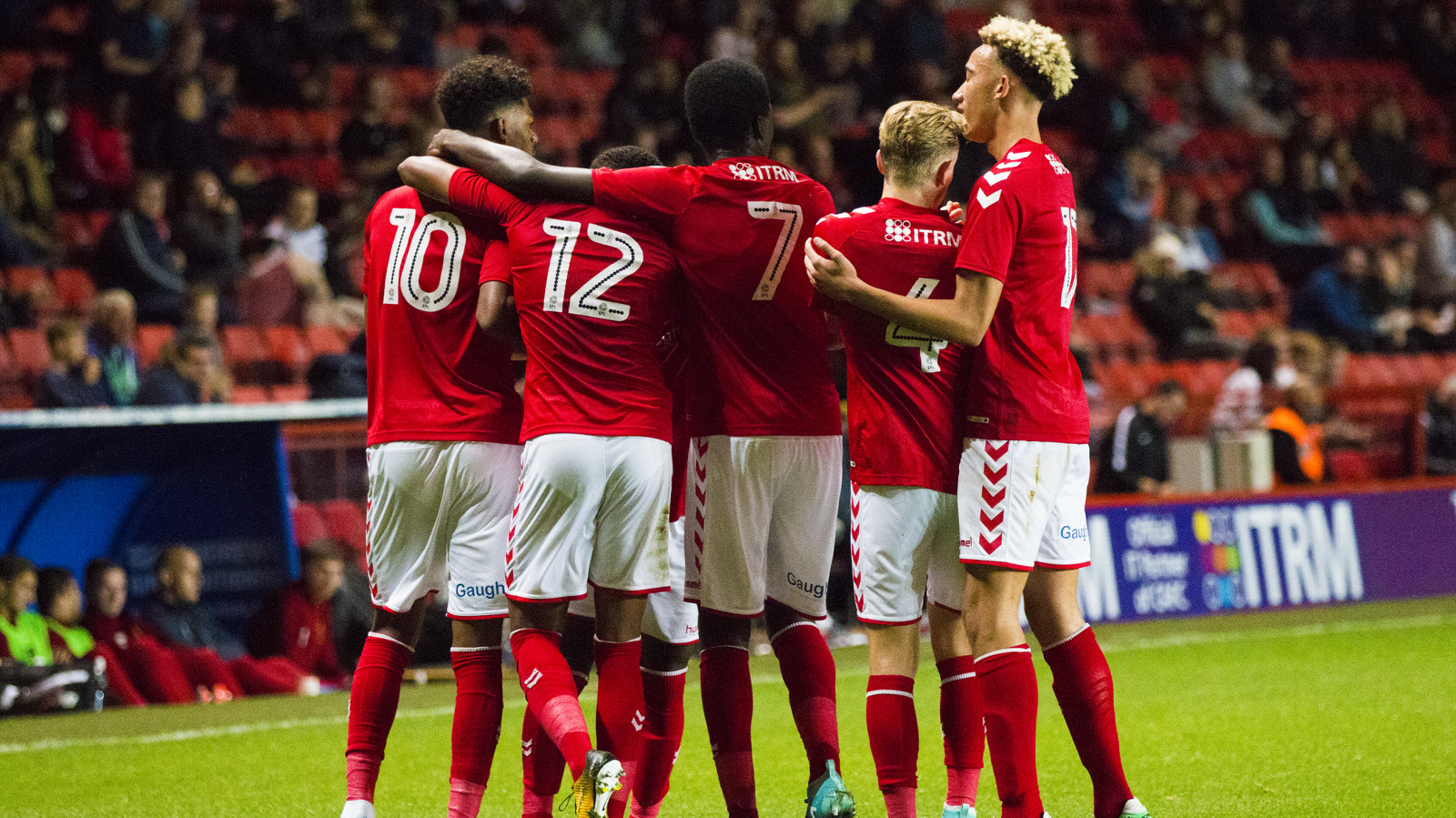 Charlton’s U23s earned a point from their first Premier League Cup group game, halting Liverpool’s 100 per cent start to the season with a 1-1 draw at The Valley on Friday evening.

The category one outfit came to SE7 off the back of six straight wins and gave a full 90 minutes to England international Danny Ings.

But it was Jason Euell’s young Addicks who impressed, putting in a fantastic shift under the lights to get their Group G campaign off to a positive start.

Despite the Merseysiders seeing the majority of the ball early on, it was Charlton who took the lead on 16 minutes.

Dan Bowry dispossessed Ings to begin the move, feeding Reeco Hackett-Fairchild who showed great tenacity to beat his man before threading a beautifully-weighted ball through to Terrique Anderson, who galloped into the box and finished confidently past stopper Caomhin Kelleher to put Charlton in control.

Charlton came close again when Jamie Mascoll forced Kelleher into a save and the midfielder fired wide shortly after a fine passing move had teed him up.

The hosts were certainly giving a good account of themselves during the first period, but came unstuck three minutes before the break when a defensive error allowed the visitors in to equalise.

A fairly-harmless cross from the left went through the legs of keeper Jordan Beeney and along the goal-line, leaving full Wales international Harry Wilson the easy job of tapping over the line.

Livepool began the half with a pair of hopeful efforts via Ings, who fired wide from 20 yards, and Matthew Virtue tested Beeney with a volley from a similar distance soon after, but the Addicks’ keeper was equal to it.

The Londoners came so close to regaining the lead with 52 minutes on the clock. Hackett-Fairchild raced onto a loose ball and ended up in a foot race with Kelleher, beating the goalkeeper to the ball, poking it past him 20 yards from goal and leaving him stranded.

However, the striker was only denied by Lloyd Jones’ goal-saving block when he tried to finish into the empty net.

Six minutes later, England international Ings nodded a header inches past the post from Cam Brannagan’s cross, but Charlton came close again at the other end after putting together a superb move.

Taylor Maloney and Hackett-Fairchild combined brilliantly on the edge of the box before a fine one-touch passing move saw the ball pulled back to Dan Bowry in the box, whose low shot was cleared off the line.