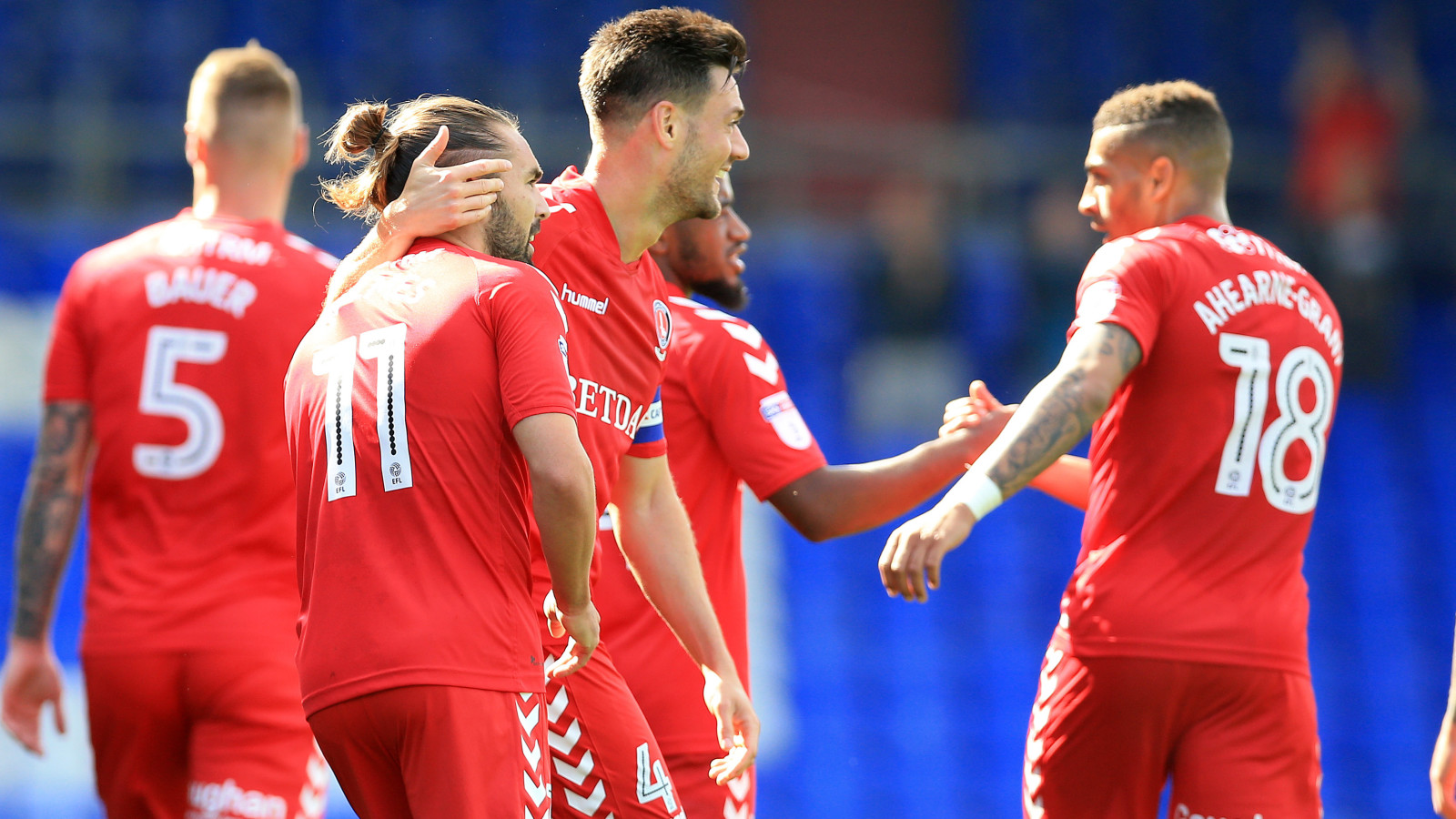 Ricky Holmes has scooped Charlton’s September 2017 Goal of the Month award for his incredible strike away at Oldham Athletic.

The goal – a 35-yard thunderbolt – set the Addicks on their way to 4-3 victory in the north west at the beginning of last month.

Holmes beat off competition from himself and Tariqe Fosu to win the award. His Oldham goal earned 54% of fans’ votes to be crowned winner ahead of his strikes against Southend United and Walsall, as well as Fosu’s hat-trick sealer against Fleetwood Town.