Charlton duo both score for their loan clubs at the weekend 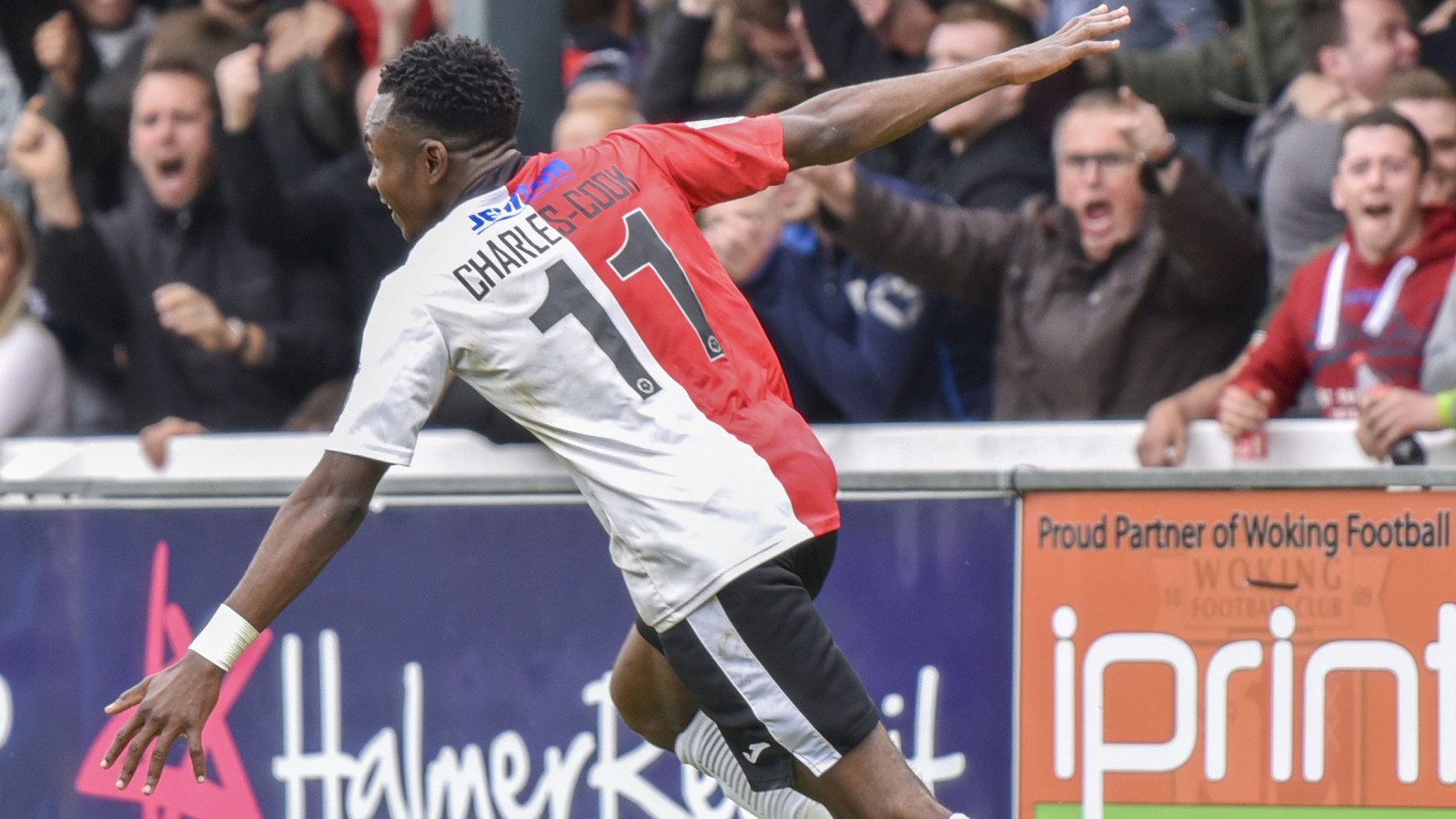 Regan Charles-Cook bagged a wonder-goal for his loan club Woking on Saturday as they beat Dagenham & Redbridge at the Kingfield Stadium.

With the tie locked a 0-0 heading into the final 12 minutes, the young Addick whipped the ball into the top corner of the net from 18 yards with his right foot.

The victory lifted high-flying Woking to within a point of the National League’s summit and they will be hoping to continue their good form when they take on Concord Rangers in the Emirates FA Cup fourth qualifying round on Saturday.

Josh Umerah made it two goals in two games for his loan side Wycombe Wanderers at the weekend.

He netted the Chairboys’ third goal against Cambridge United as they recorded their second 3-1 victory in as many Saturdays, having beaten Barnet the previous weekend.

The U's are next in action at the weekend when they host Carlisle United.