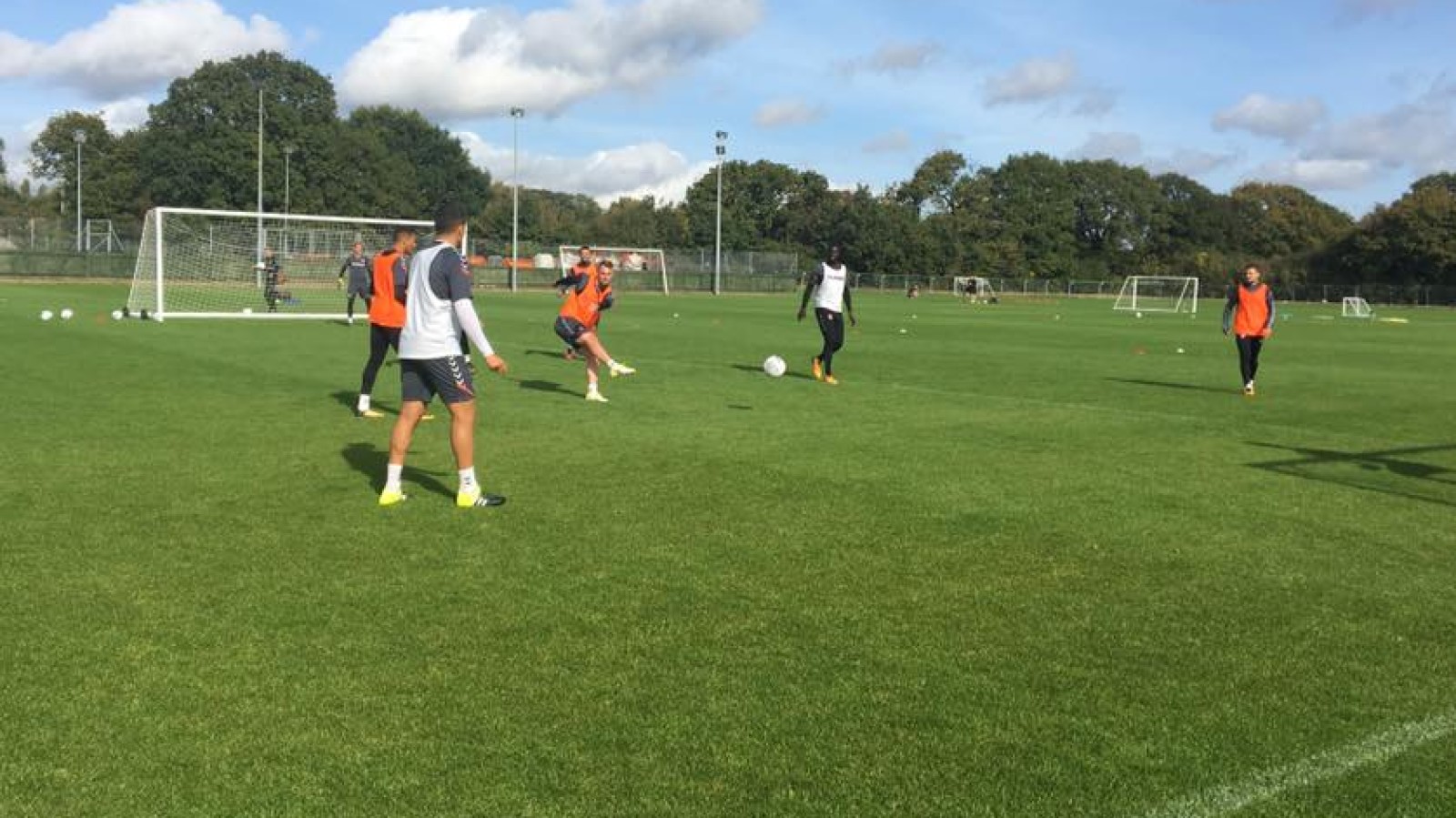 The pristine, state-of-the-art surfaces are part of Phase III of the club’s Training Ground redevelopment and they now possess a much-improved drainage system, which will make the pitches less vulnerable in period of bad weather.

The refurbishment of the pitches started in June and Training Ground Head Groundsman Paul Geary was very happy to see them in action for the first time.

He said: “We have worked very hard to get it to where we are. It’s be a long, hard summer but it's nice to see the lads finally on there and doing some work for Saturday.

“We now have two pitches the size of The Valley’s, which will allow the Manager to replicate what he wants to do with team shape and things like that.

“There is a lot of continuity between stadium and training ground, with one of the 3G pitches being the same dimensions too.”

Over 5,000 tonnes of soil was collected as part of the construction of the two new 3G pitches at Sparrows Lane – Phase I of the Training Ground redevelopment.

This soil was then recycled, ‘cleaned’ and was used the help refurbish the new natural surfaces, which were completed this week.

Geary said: “We had struggled with surface water permeating through the heavier clay soil we have here. We still have the heavy clay but what we have done is import more soil from other areas of the Training Ground and captured the good stuff to create an additional top layer of soil before the clay.

“The drainage is now running at five metre centres, as opposed to the sand-slitting system, which worked really well in terms of surface water but had its own problems in terms of getting grass to establish on it.

Also as part of the refurbishment, the new pitches now have their own, built-in sprinkler system.

Geary said: “The pitches used to dry really quickly and they used to bake too. We have installed in-field irrigation, which means we have installed pop-up sprinklers and now the process of watering the pitches is a lot quicker.”