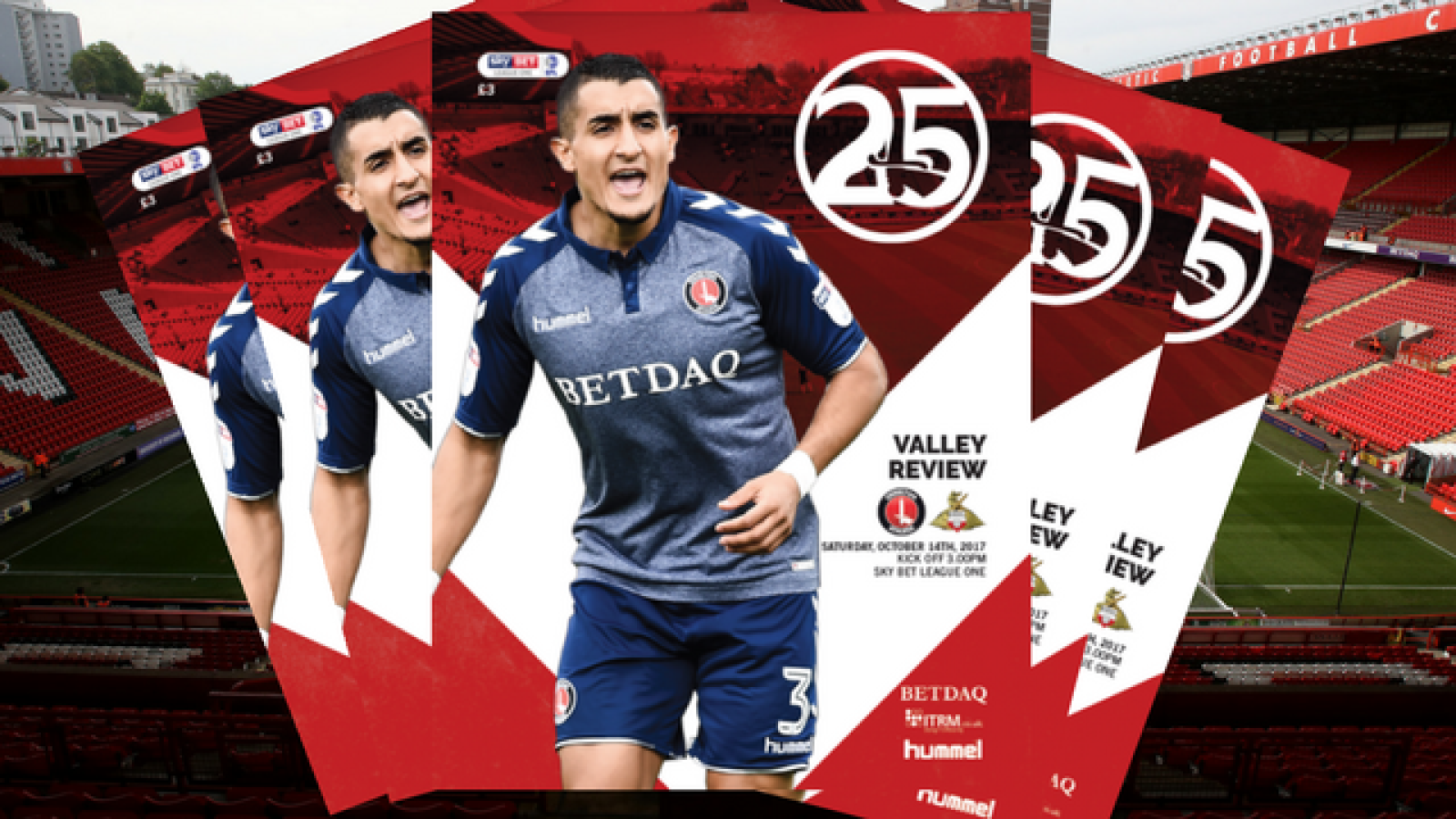 Ahmed Kashi provides his long-awaited first feature interview as a Charlton player in Saturday’s official programme for the visit of Doncaster Rovers.

The tough-tackling midfielder discusses his return from his injury nightmare which had kept him on the sidelines for the best part of two years and his delight at making a seamless return to the fold under Karl Robinson.

Kashi also speaks about improving his English and explains his somewhat unusual antics while celebrating goals!

The latest edition of Valley Review sees Karl Robinson reflect on the international break in his Manager’s Notes, while Tariqe Fosu discusses his hat-trick which secured the Addicks all three points at Fleetwood Town last time out.

Elsewhere, the countdown of the greatest Valley moments over the last 25 years continues with a look back at Shaun Bartlett’s stunning volley against Leicester City in 2001 and all the latest U18 and U23 action is rounded up, as well as news from the women’s team.