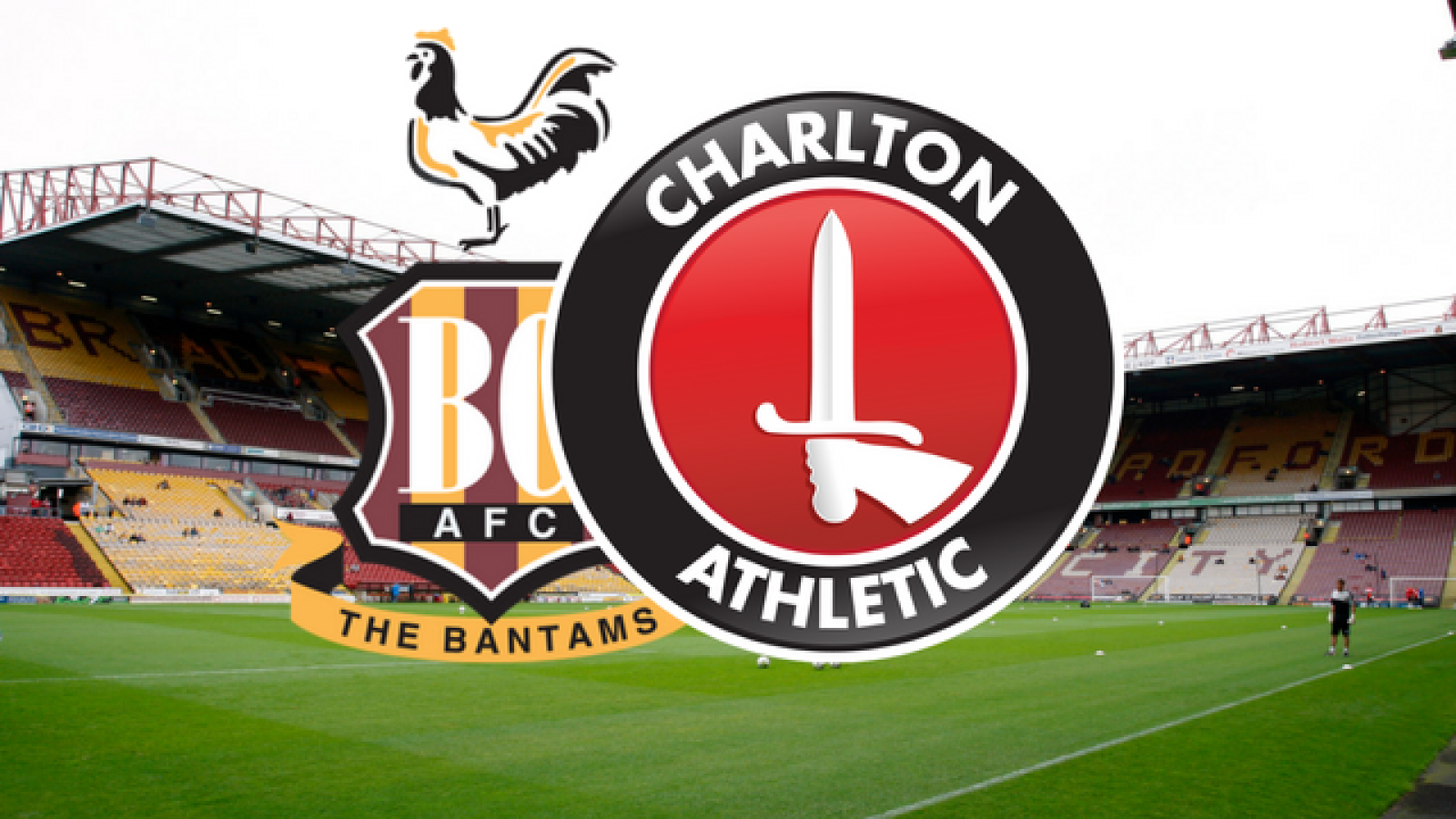 Charlton come up against another fellow top-sixer on Saturday when they head to the Northern Commercials Stadium to take on Bradford City (3pm).

The Addicks, in fifth, head into the game in positive form, unbeaten in five after an entertaining draw at sixth-placed Oxford United on Tuesday night, while the Bantams sit third following a home draw with Oldham Athletic in midweek, but were beaten 3-1 at struggling Bury last Saturday.

Bradford, however, have proved to be formidable at home in recent seasons, losing just two of their last 37 league matches at Valley Parade.

Karl Robinson has concerns over Ricky Holmes’ fitness ahead of the trip to Yorkshire after the winger picked up knock at Oxford on Tuesday evening. Although Holmes will travel with the squad, he will face a race against time to be included on Saturday.

Meanwhile, Mark Marshall will not feature against his old club with the trip to Bradford coming just too soon for his recovery from a slight calf complaint, but Lewis Page could make the journey having played 60 minutes for the U23s on Monday.

Harry Lennon remains sidelined as he continues his rehabilitation from a groin injury.

For the hosts, former Addick Adam Chicksen will not feature as he faces a lengthy spell out with a thigh injury.

Skipper Romain Vincelot will also be missing through suspension and Bradford boss Stuart McCall also admitted that he has two other unnamed doubts for Saturday.

Elsewhere, Tony McMahon will remain unavailable with an injury.

Charlton and Bradford have met on 24 previous occasions with the Addicks winning seven games and the Bantams coming out on top 11 times, while the remaining six have ended in a draw.

The last meeting at Valley Parade resulted in a goalless draw and the club also shared the spoils at The Valley last time out in a 1-1 draw last March.

Charlton last tasted victory at Bradford in January 1990 in an FA Cup third-round replay. Robert Lee, Paul Williams and Andy Jones all netted in a 3-0 win.

Darren Bond will take charge of Saturday’s encounter. The Lancashire-based official has refereed 12 games so far this term, showing 42 yellow cards and just the one red.

It will be the first time he has officiated an Addicks match since April 2015 when he was the man in the middle for a 1-1 draw at Sheffield Wednesday.

Live commentary of the clash will be available on Valley Pass exclusively for subscribers. Please click here for more information on how you can subscribe to Valley Pass.

526 tickets had been sold by the time they went off sale on Thursday afternoon and will be on sale from the ground on the day with an increase of £5 for adults from the previous price: