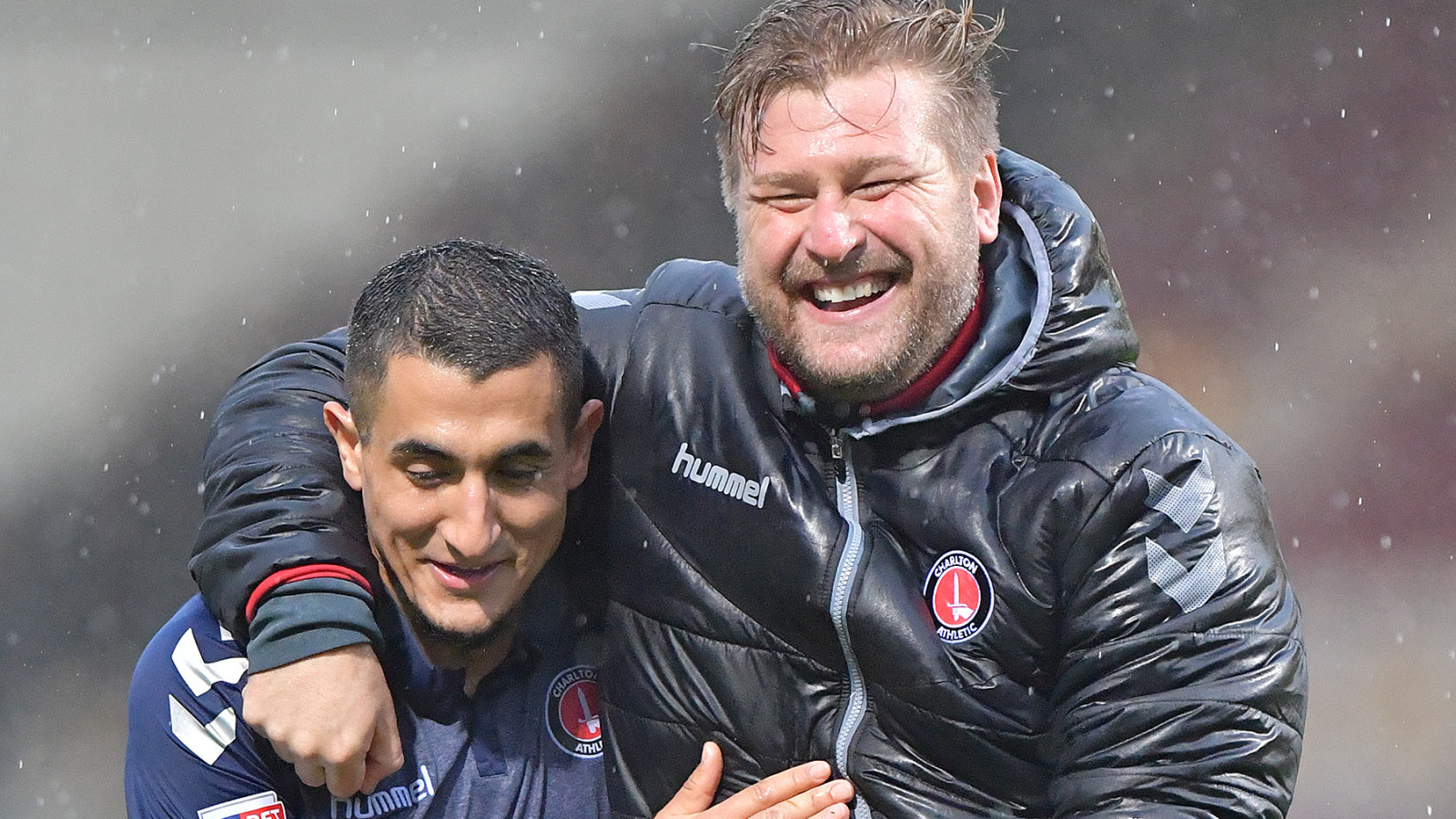 Karl Robinson hailed the effort and determination of his side – and the brilliance of goalkeeper Ben Amos – after Charlton’s 1-0 victory at Bradford City on Saturday afternoon.

The Addicks earned the three points through Jake Forster-Caskey’s second-half winner and at the other end of the pitch stopper Amos was in magnificent form.

He made two point-blank saves from the Bantams’ Charlie Wyke and, five minutes from time, he denied Matt Kilgallon with a stunning, one-handed save.

And afterwards Robinson was full of praise for his squad and, in particular, his goalkeeper.

“We dug deep and we relied on our ‘cat’ to get us out of trouble,” he said. “That [the Kilgallon save] is one of the best things I have ever seen live from a goalkeeper; the way he clawed the ball away from behind him.

“As well as that, how he then did an overhead kick to get it out of play and stop their player from having a tap-in. The save he made in the first half and the save he made just prior to that too was brilliant.

“Our goalkeeper was magnificent and so were the rest of our players. Every one of our players that took to the field was brilliant. Our fans behind the goal were brilliant and the players on the pitch matched their efforts.”

The result lifted the Addicks into fourth place in Sky Bet League One and came at the end of a week in which they have taken seven points from a possible nine.

Robinson said: “We’ve had a long week. Doncaster at home was a difficult game then we go away to Oxford and were the better team. We didn’t get home until 1am and then we had to come up here, so to play two games against sides in the top six and perform the way we have done was very, very pleasing.

“The way we moved the ball; there were a lot of components to our game that were ok but we can’t always play the fluent football that we know we can.

“We weren’t miles the better team – that was never the case. What I can say is that I thought we looked disciplined and tactically the players took everything on board that we said to them.”

“This was only Bradford’s third defeat in 38 games or so and Charlton haven’t won here since the mid 80s. I’m very, very pleased.”