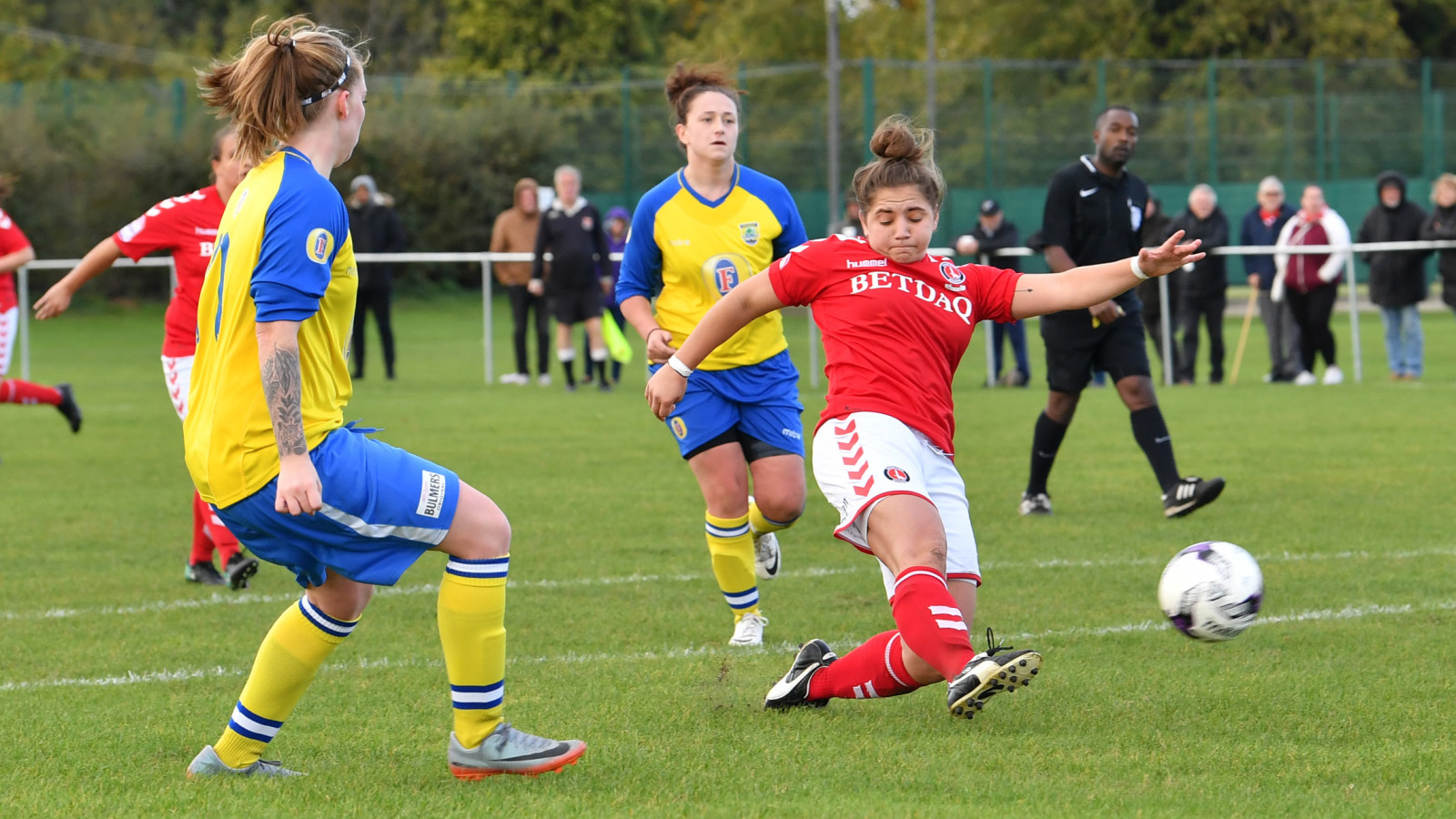 Charlton comfortably progressed through to the quarter-final of the Capital Women’s Senior Cup by beating Parkwood Rangers on Sunday afternoon.

Bexley-based Parkwood, who play two divisions below the Addicks, netted two first-half goals but a hat-trick from Kit Graham, a brace from skipper Kim Dixson plus goals from Charlotte Gurr and Daisy Monaghan saw the Addicks through.

On a bumpy pitch and in windy conditions Charlton got off to the worst possible start when a defensive error saw former Addick Charlie Myhill give the home side a shock lead after four minutes.

On 14 minutes, Charlton levelled the score following a strong, driving run from Graham, who set up Gurr to slot home from six yards out.

Parkwood were soon back in the game when another defensive mistake presented Emily Vaughan with an easy goal.

Just past the half-hour mark the Addicks edged in front again when some neat play between Katie Flack and Gurr set up Graham to fire home from the edge of the area.

A minute into the second half Charlton extended their lead when Daisy Monaghan sent a superb 20-yard effort into the top corner of the goal for her first senior strike.

Just before the hour mark, Graham netted twice in as many minutes. Firstly, she curled an effort from the edge of the area into the top for corner before completing her hat-trick on 58 minutes from close range.

The final goal came after 83 minutes when skipper Dixson fired a 25-yard free-kick inches below the crossbar.

The Addicks will travel to Enfield Town in the quarter-final on Sunday, November 19th.