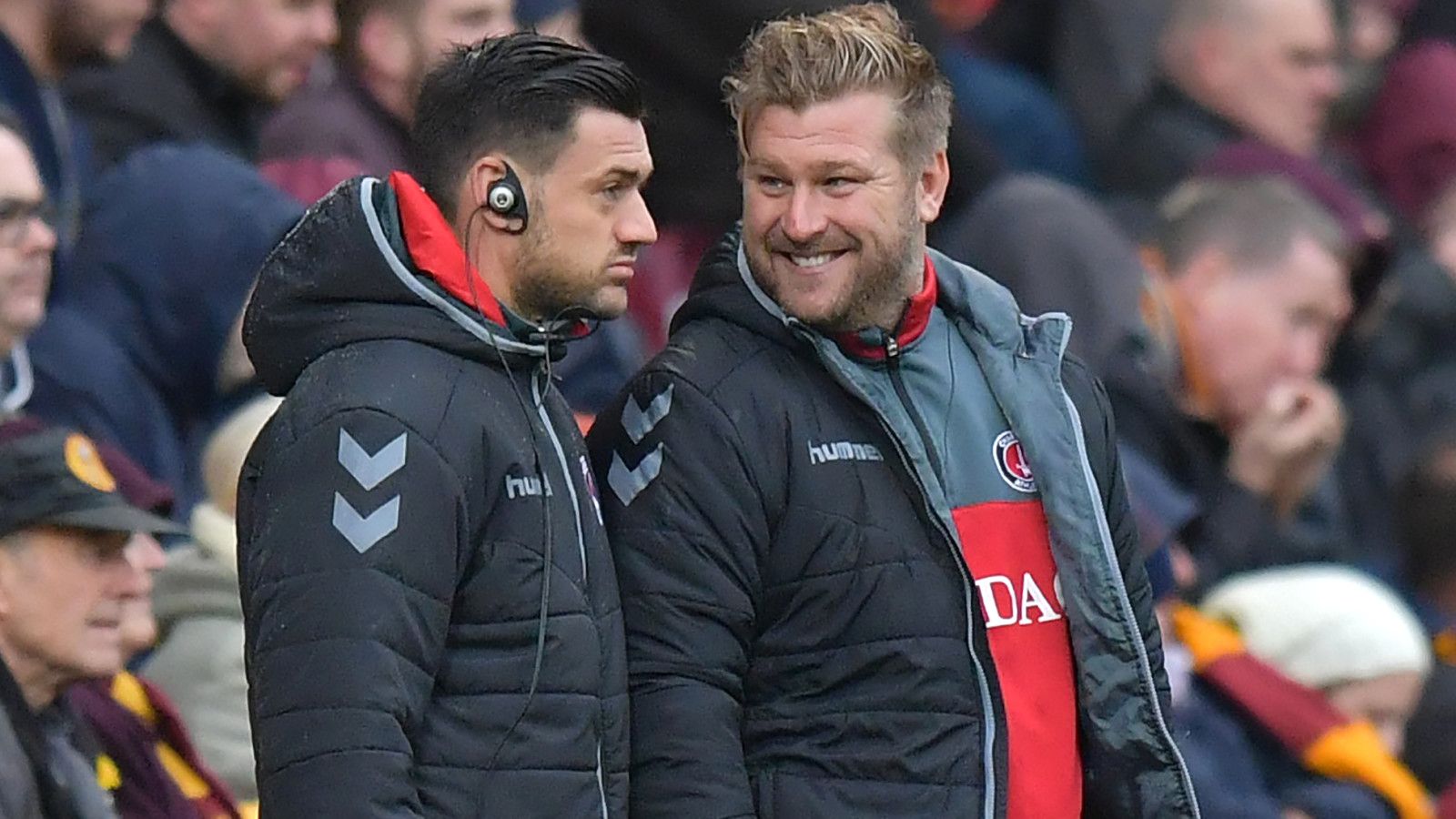 Karl Robinson sat down with the local media on Thursday morning to preview Charlton’s home game against AFC Wimbledon on Saturday.

The game is Kids for a Quid and you can purchase tickets to the match here.

The manager was full of praise for Naby Sarr and also touched on all things Charlton goalkeepers, the feel-good feeling, strikers in January and more.

The full press conference can be watched on Valley Pass.

"He’s been unreal. Goalkeepers make mistakes, and I was listening to his interview on Valley Pass, and his interview was so typical of him.

"He was so calm and about the team and about his job. He understands mistakes are just around the corner, but that's just part and parcel of the position he plays.

"We're very proud of him and he's one of many. He had an unreal game last Saturday with three great saves.

"He comes for everything so he’s going to miss things but that is what we are asking him to do.

“We are asking him to be brave and brash and bold in how he demands his penalty area and hopefully that can continue in the forthcoming games."

On the Charlton goalkeepers' union

"He (Ben) has got a great person working with him too. Dillon Phillips and Lee Turner. There little goalkeepers' union is so strong. He (Lee) is one of the best goalkeeping coaches I’ve ever seen. Lee Turner is an unreal goalkeeping coach. Dave Martin (who trained with Charlton in the summer) mentioned him as well. I know if we get a goalkeeper here, LT will make him better. You look at the growth of Dillon in the last 12 months."

"Neal is very astute in everything he does. The club has sort of grown out of the Kingstonian ground now. I know they are looking to move on to a bigger stadium and it’s about right for them as they are getting bigger. He always makes it difficult for us and for everybody. They had a great result against Rotherham, they are going to be a difficult team to compete against.

"For what he’s achieved at that football club is remarkable. His staff, who I know, are very, very good. His team is honest and hard-working with some very good players in it as well."

On the feeling at Charlton

"It’s important that our confidence stays as confidence and we don’t get complacent, we’re going into a very difficult derby game on Saturday. We know how important it is to them and to us for different reasons. We’re riding on the crest of a wave but as you well know that can very quickly break. We’ve had a good week, we’ve got a few more days and we’ll get ready to go."

"We’re assessing striker options for January and we’re starting to speak to one or two clubs and trying to see if we have an opportunity to bring other strikers in."

Not a Valley Pass subscriber? You can purchase a Matchday Pass, giving you 48 hours access to the club's video subscription service for just £4. Click here for more information.