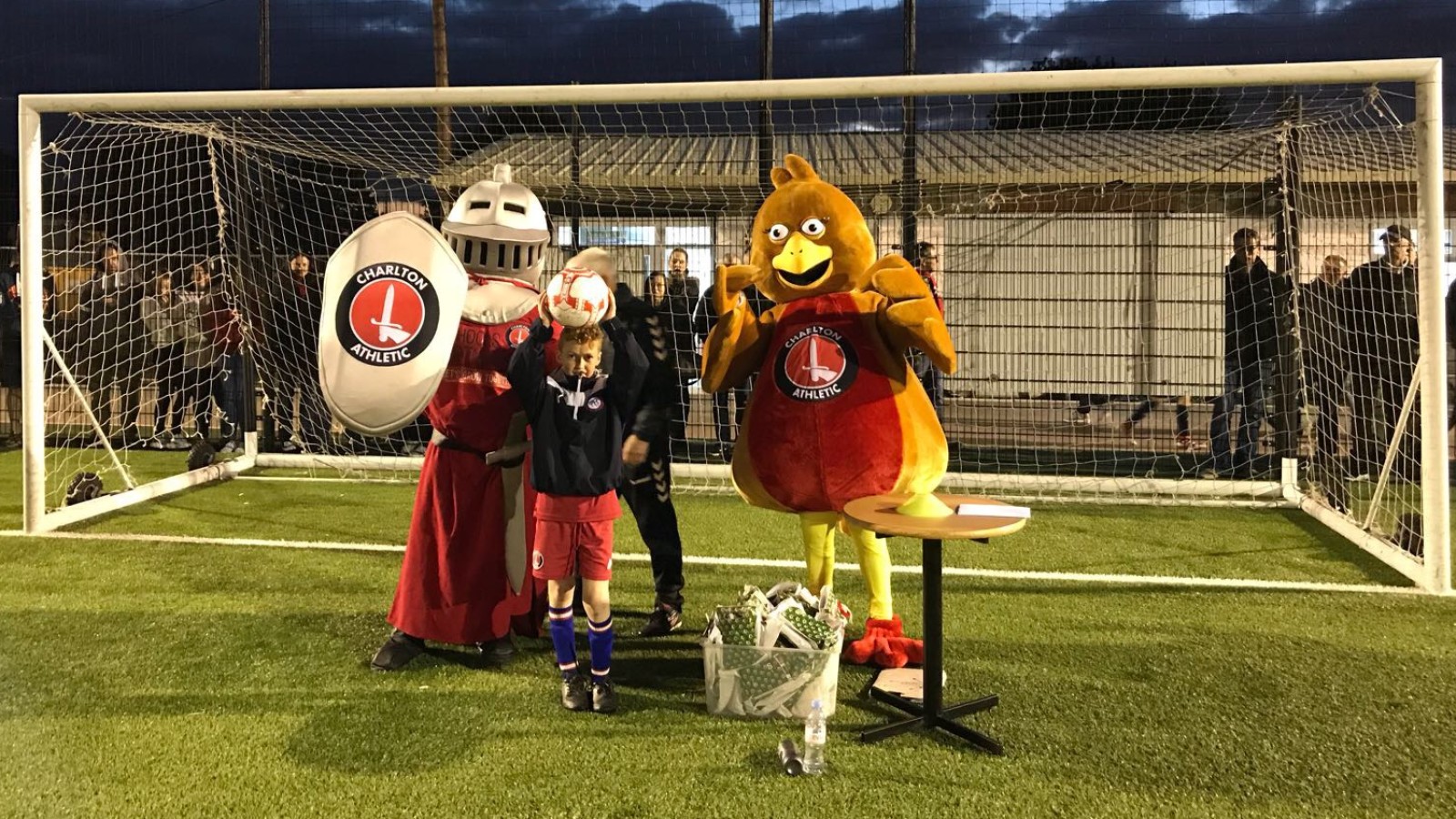 Sir Valiant and Robyn – Charlton’s official mascots – were busy on Friday as they toured parts of south-east London before stopping by at the Young Reds’ Halloween training session.

Beginning their day in the Valley Superstore, the duo visited Woolwich, Greenwich and Eltham before arriving at the club’s Sparrows Lane Training Ground in New Eltham.

While on their travels they handed out match tickets for Saturday’s 1-0 victory over AFC Wimbledon, mascot packages and other Charlton-related items.

They were able to improve their football skills on Sparrows Lane’s state of the art 3G pitches and afterwards received a goodie bag, while the ‘Player of the Night’ was presented with a signed football by Sir Valiant and Robyn.

The ‘Young Reds’ is the club’s official young supporters’ membership scheme, offering fans aged 11 and under the chance to get up close to their Charlton heroes.

As a Young Red, you will be invited to a number of exclusive events and parties throughout the season, which will be attended by the players, and as part of your membership you will also receive much, much more!