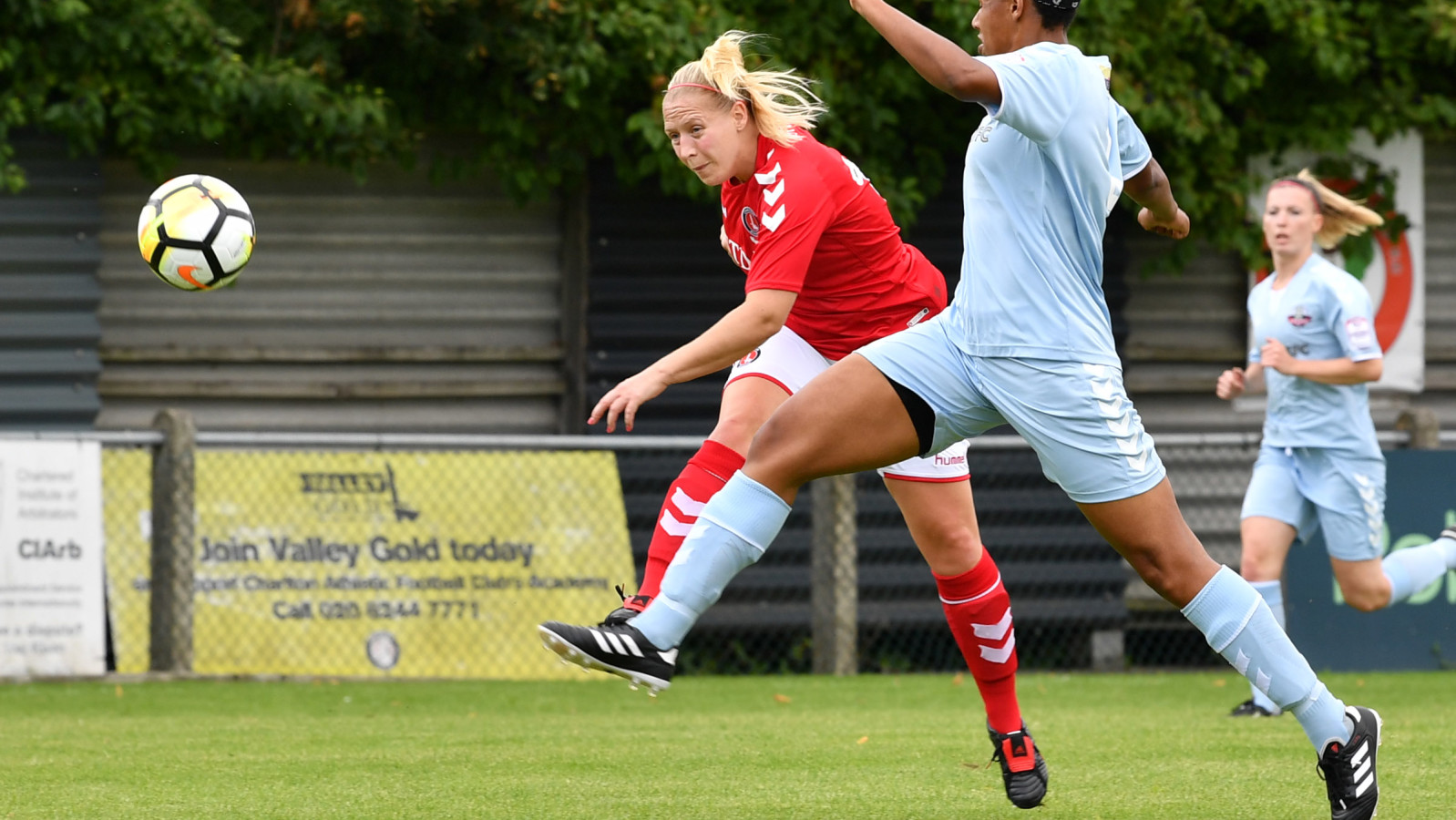 The Charlton women’s team came from a goal down to defeat Lewes FC Women in a top of the table FA Women’s Premier League (FAWPL) South clash at The Dripping Pan on Sunday.

Highlights of the crucial win will be available on Valley Pass later this week.

The victory, which came courtesy of second-half strikes from Charlotte Lee and Charley Clifford that cancelled out a first half opener from Kelly Newton, extends the women’s team’s lead at the top of the FAWPL South to five points.

Head coach Riteesh Mishra made just one change from the team that beat Coventry United last weekend, with Katie Flack in for Ruby Southgate in defence.

The Addicks came out with purpose and controlled the first half for large portions of the match, and it should really have been the hosts that took the lead.

Charlotte Gurr went one-on-one with Faye Baker when Kit Graham fed her with an exquisite through ball after an excellent move, but the Lewes keeper saved well. Graham then beat a couple of defenders before shooting wide; then sent in a teasing cross that flashed across the face of goal and just eluded Gurr at the back post.

But the home side made Charlton pay for missing those chances when Katie McIntyre sent a high free kick into the area and Newton was able to head unmarked past Katie Startup.

Almost an instant reaction from Charlton saw Graham once again provider for Gurr, who slotted home only to see the assistant referee’s flag go up for offside. A late flurry of chances at the end of the first half saw Kim Dixson, Clifford and Graham denied.

Lewes also had some momentum, with former Addick Avilla Bergin causing trouble down the left flank, but her efforts were to no avail. The hosts started the second period on top, with a Bergin free kick flying over and Charlotte Owen and Georgia Bridges also foiled.

But Charlton’s patience and resilience was rewarded with 20 minutes left to play when Gurr was set free on the left flank and her cross was turned goalwards and saved before Lee pounced on the rebound and bundled the ball over the line.

Lewes almost responded immediately when Bergin sent a long-range effort over Startup that clipped the crossbar and was cleared to safety. But the Londoners had to wait just five minutes to finally get their noses in front.

It was Gurr yet again with the assist, swinging in a free kick from the right that found Clifford at the near post and the midfielder fired low past Baker and in.

Lewes were again unfortunate not to grab a late equaliser when Sarah Kempson saw her shot also cannon back off the crossbar but in the end it was a deserved win for Charlton and completes an impressive bounce back to form after two disappointing defeats in a row.

Attention now turns to the Capital Women’s Senior Cup as they travel to north London to face Enfield Town.