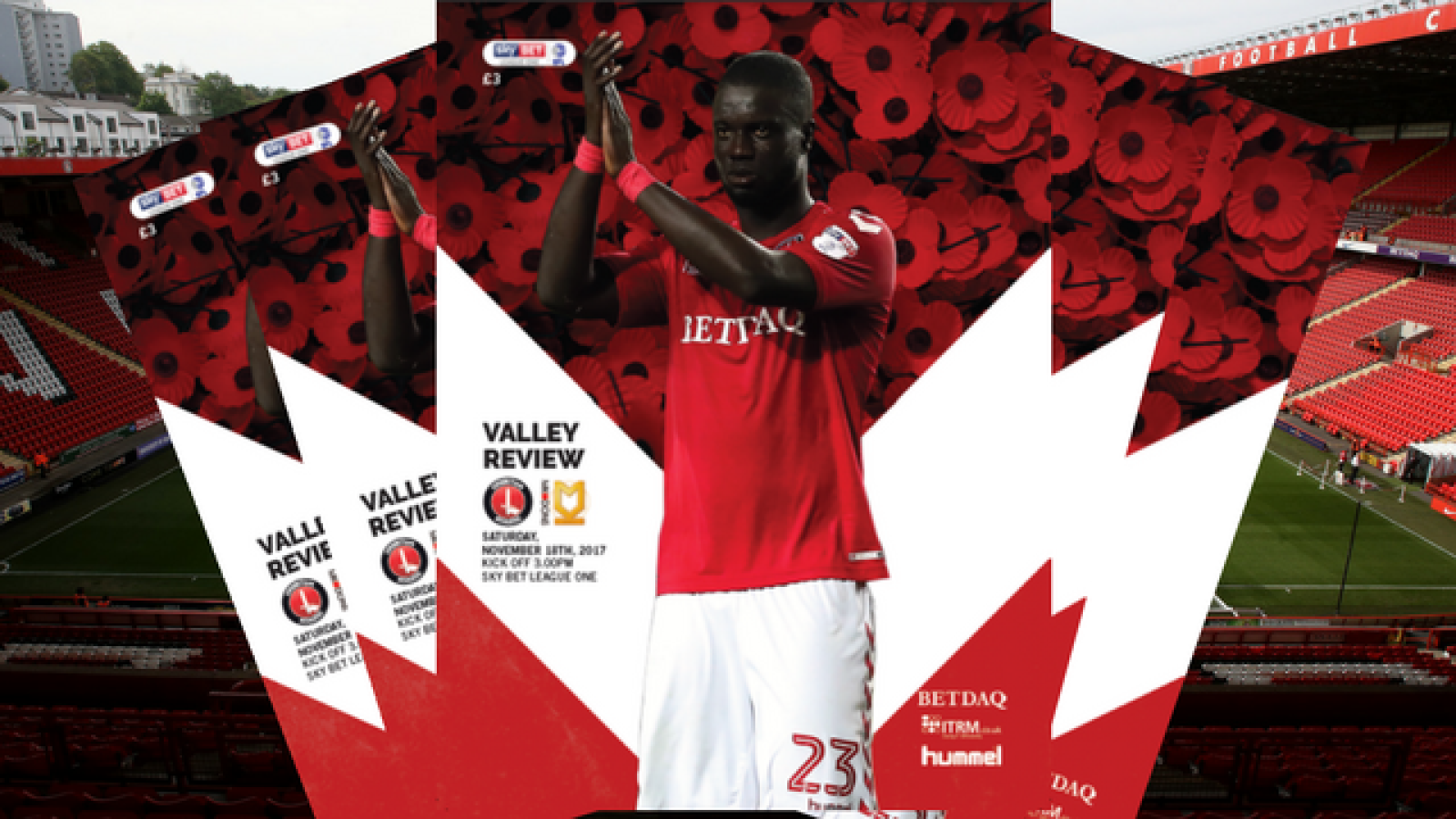 Naby Sarr is the cover star of Saturday’s matchday programme as the club celebrates Armed Forces Day for the visit of MK Dons.

In his feature interview, the French defender speaks candidly about his difficult start to life at Charlton and his fresh start at The Valley this season.

He also discusses his experience of playing in the Champions League as a youngster and his relationship with Charlton fans and features as the pullout poster in the centre of the programme.

Meanwhile, there is a very special double-page feature about 98-year-old supporter Donald Hunt, who was recently honoured at the French Embassy for his part in 1944’s D-Day landings in Normandy.

Written by veteran Charlton journalist, Kevin Nolan, it is a must-read piece which tells a heroic story of an amazing man both the club and his country can be proud of.

Elsewhere within the pages of the latest Valley Review, we hear from former academy graduate Joe Gomez following his senior debut for England, while Karl Robinson pens his latest notes as his side return to league action after a trio of cup games and the international break.

The latest academy action is rounded up with news of the U18s’ success in the FA Youth Cup and there is a report from the women’s team’s latest victory, as well as an interview with goalkeeper Katie Startup on her recent call-up to the England U19 squad.

All this and more can be found in the latest edition of the club’s 60-page official matchday magazine.