Back at The Valley anniversary kit unveiled 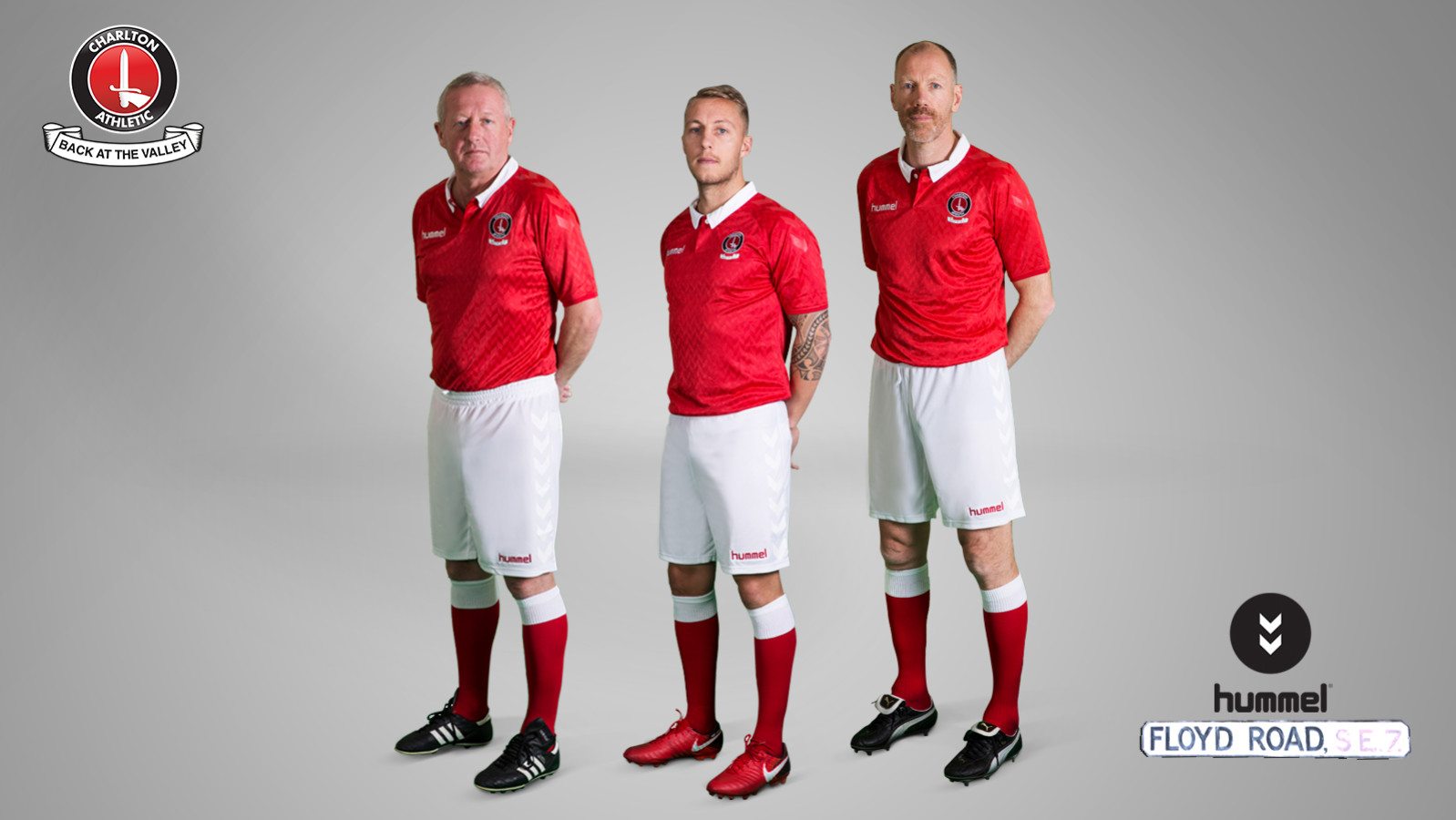 Charlton Athletic are proud to reveal the special one-off commemorative strip which will be worn for the club’s Back at The Valley celebration match against Portsmouth on December 9th.

The red and white hummel kit was designed in consultation with supporters and is a close replica to the strip which was worn when the Addicks made the historic return to SE7 on December 5th, 1992, beating Pompey 1-0 thanks to Colin Walsh’s goal.

The anniversary shirt is limited to just 500 and will be available to purchase from the Valley Superstore both in person from 5pm this evening and online from tomorrow morning for £75 and will come in an individually-numbered presentation box, as well as a unique certificate of authenticity.

Modelled by goalscoring hero Walsh alongside Simon Webster, the man who led the side out at The Valley on the day of the return, the shirt features a plain white collar with a single button on the neckline. Also involved in the photoshoot were club stalwarts Johnnie Jackson and Chris Solly.

The famous hummel chevrons are embedded as a pattern throughout the shirt in a similar way to the subtle retro pattern that featured on the original, while the names of every player who represented the club during the 1992/93 season is printed within the neck buggy on the inside of the shirt.

Another nod to the club’s return home sees the time and date of Walsh’s goal printed inside the bottom hem of the back of the shirt.

Tom Sinclair, Sport Market Manager for hummel UK and Ireland said: “When working alongside both the club and its supporters, it was clear just how much the return to The Valley mattered to so many people.

“We wanted to make sure that Charlton’s proud history was represented in exactly the right way and, by closely replicating the kit that was worn back in 1992, we feel that it’s a perfect tribute.

“The input from fans was invaluable, just as it was for this season’s home strip, and we’d like to

thank every supporter who played their part in the process.”

Museum Trustee Ben Hayes was involved in the fan consultation process. He said: “When Hummel visited the museum we were able to give them their first sight of an original back to the Valley shirt. They immediately asked to borrow it and we were delighted to agree. Having now seen the shirt they have produced it’s clear that they have more than fulfilled their brief of creating a fresh, modern shirt that also reflects the history of that day.”

With the aim to pay homage to the kit worn on that day, the club’s sponsors BETDAQ, ITRM and Gaughan have given up their logo spaces on the kit to help the designers closely match the kit the club wore 25 years ago.

You can purchase tickets for the game here.